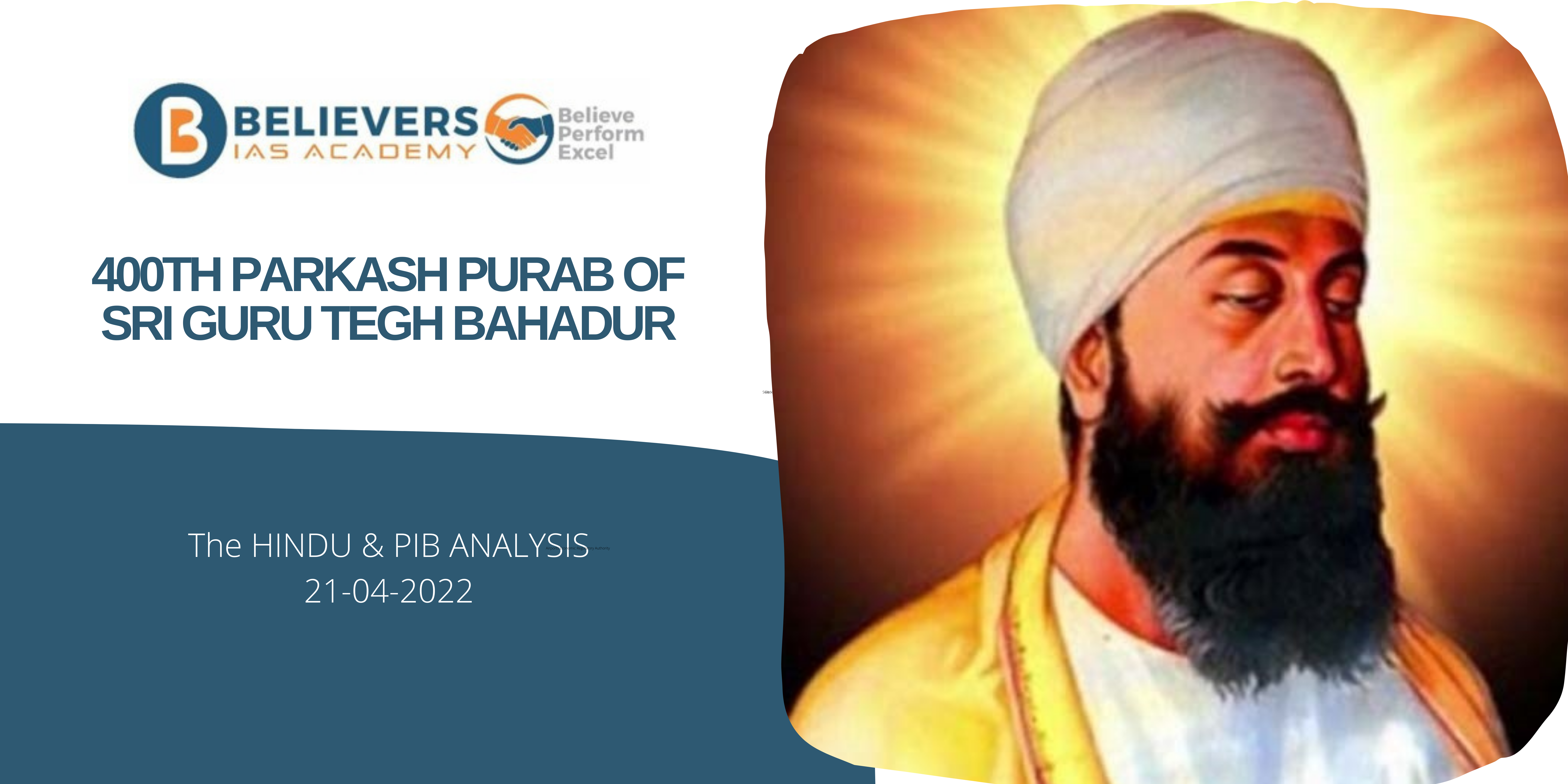 • Prime Minister Shri Narendra Modi will participate in the celebrations of the 400th Parkash Purab of Sri Guru Tegh Bahadur Ji at Red Fort in New Delhi on 21 April 2022.

• The focus of the programme is on the teachings of Guru Tegh Bahadur Ji, the ninth Sikh Guru, who gave his life to safeguard religion, human values, ideals, and principles throughout history.
• On the command of Mughal king Aurangzeb, he was executed for supporting Kashmiri Pandits’ religious independence.
• Every year on November 24, the anniversary of his death is remembered as Shaheedi Divas. His sacred sacrifice is commemorated at Gurdwara Sis Ganj Sahib and Gurdwara Rakab Ganj in Delhi.
• His legacy serves as a powerful unifier for the country.
• Guru Tegh Bahadur was the ninth Sikh Guru and was known among Sikhs as the “Protector of Humanity” (Srisht-di-Chadar).
• Guru Tegh Bahadur was a renowned teacher, as well as a brilliant fighter, thinker, and poet, who penned thorough descriptions of the nature of God, the mind, body, and physical attachments, among other spiritual topics.
• In the form of 116 poetic hymns, his writings are contained in the sacred text ‘Guru Granth Sahib.’
• He was also a frequent traveller who was instrumental in the establishment of preaching centres across the Indian subcontinent.