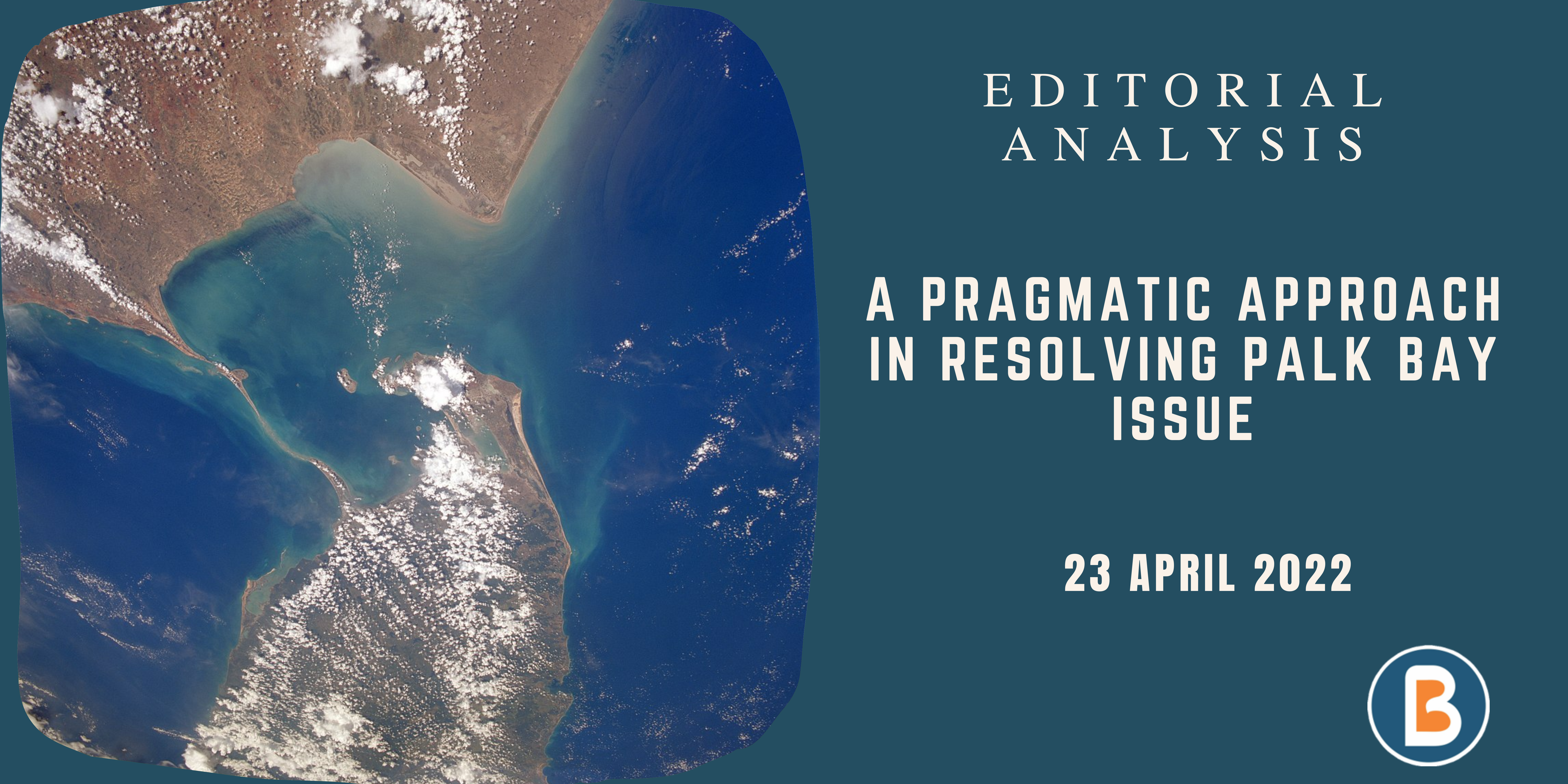 • After a gap of 15 months, the India-Sri Lanka Joint Working Group (JWG) on fisheries held its much-awaited deliberations (in virtual format).

• Though this is a good initiative, there are some unfortunate incidents which have occurred in the region.
• Mid sea clashes in the region among the fishermen of both the countries have led to loss of lives.
• Sections of fishermen from the Palk Bay bordering districts of Tamil Nadu continue to transgress the International Maritime Boundary Line (IMBL), cases of many of them getting arrested and their boats being impounded by the Sri Lankan authorities continue.

Bottom Trawling – The bone of contention

• Another point of concern between the two countries’ fishermen is the employment of mechanised bottom trawlers; however, the controversy is not limited to the two countries.
• This kind of fishing, which was originally pushed by Indian government, is now widely recognised as being severely harmful to marine ecosystems, and India has acknowledged this.
• The acts of Tamil Nadu fisherman have a negative impact on their Northern Province counterparts, who are likewise attempting to adjust to life following the civil war.
• The island nation’s continuous economic turmoil has only exacerbated their predicament.

• Tamil Nadu fishermen have a serious difficulty as a result of the IMBL’s demarcation in June 1974: a lack of fishing areas. If they stick to Indian seas, they’ll find that the fishing area is full of rocks and coral reefs, as well as being shallow.
• The highest distance between Dhanushkodi (Tamil Nadu) and the IMBL is nine nautical miles (NM), whereas Devipattinam and the IMBL is 34 NM.
• Mechanised fishing boats are only allowed to fish beyond 3 nautical miles from the coast under the Tamil Nadu Marine Fishing Regulation Act 1983. This explains the fishermen’s habit of crossing the IMBL on a regular basis. • India will have to modify its scheme on deep sea fishing to accommodate the concerns of its fishermen.
• Also, there is a compelling need for the Central and State governments to implement in Tamil Nadu the Pradhan Mantri Matsya Sampada Yojana in a proactive manner.
• The scheme, which was flagged off two years ago, covers alternative livelihood measures too including seaweed cultivation, open sea cage cultivation, and sea/ocean ranching.