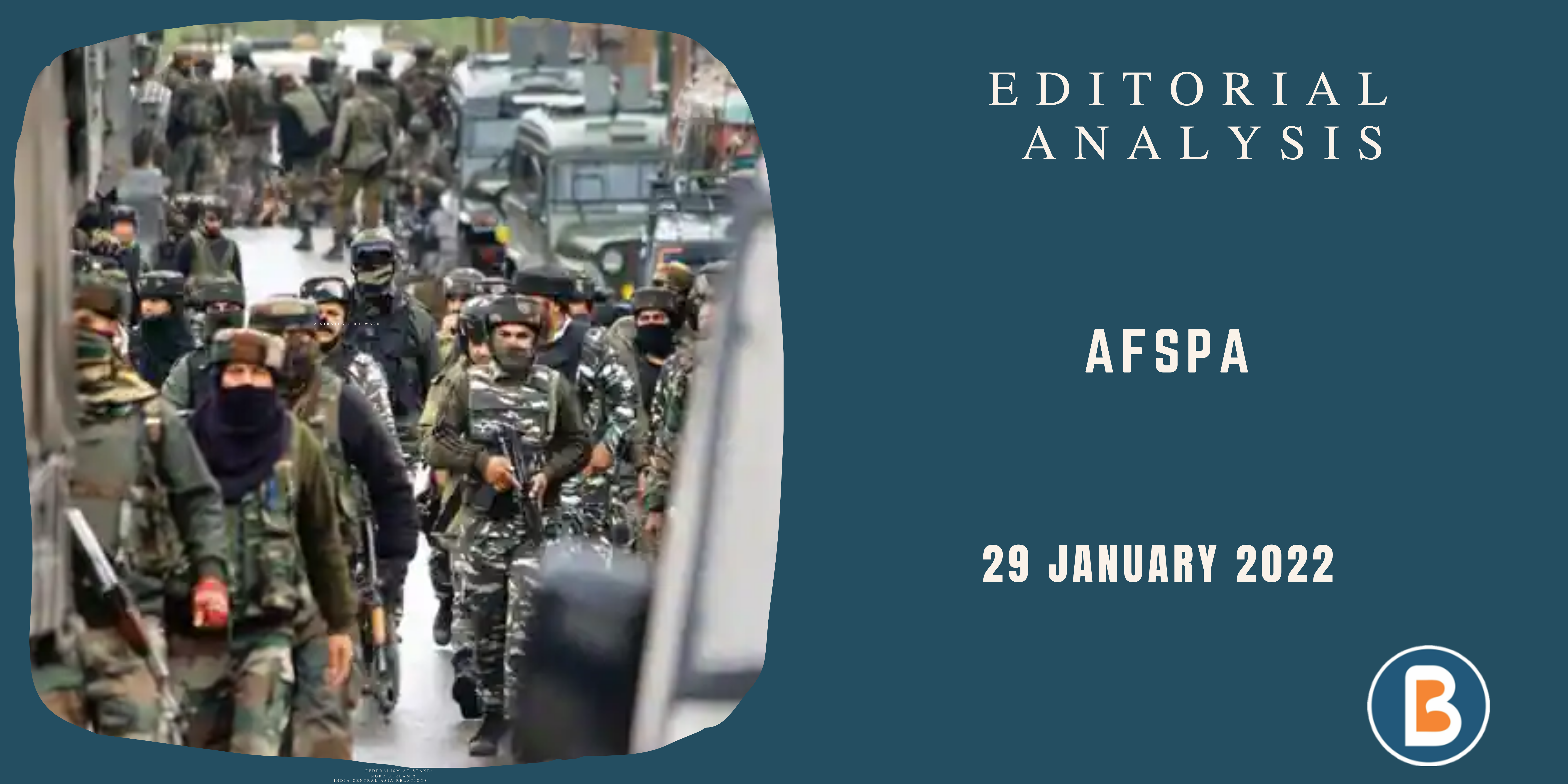 The killing of 14 civilians in a botched military operation in Nagaland has led to fresh calls for repealing The Armed Forces (Special Powers) Act (AFSPA), a stringent law that allows the armed forces to use maximum force in an area declared as ‘disturbed’.

Details of this Controversial legislation: