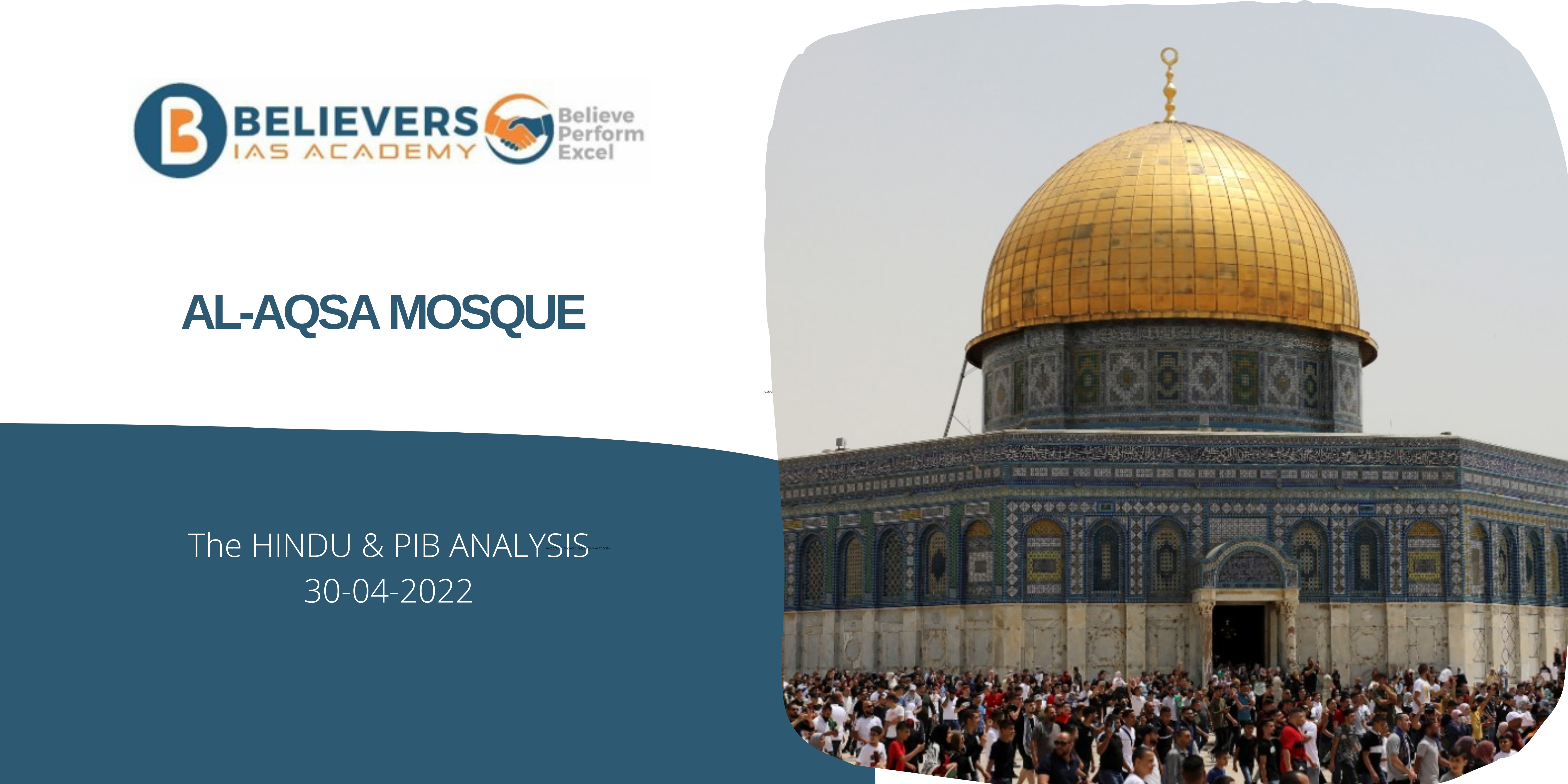 • Clashes between Palestinians and Israeli police at Jerusalem’s al-Aqsa mosque compound wounded dozens of people on, following weeks of violence at the flashpoint religious site.

• In the Israel-Palestine conflict, the Al-Aqsa Mosque compound has been the most sensitive site.
• Jews refer to the Al-Aqsa Mosque compound as Temple Mount. Both Islam and Judaism regard it as a sacred site.
• The Masjid al-Aqsa mosque, the Islamic shrine known as the Dome of the Rock, the four minarets, and the enclosure’s gates are all located within the Al-Aqsa compound
• For Muslims, Masjid al-Aqsa, or the furthest mosque, is the third most important place. According to Islamic texts, this is the location where Prophet Muhammad arrived after his night trip, or Isra, from Makkah’s sacred mosque. • The Temple Mount is thought to be the location of the first and second biblical temples by Jews.
• The only section of the biblical temple that has survived is the Western or Wailing Wall, which rises atop the Temple Mount area. This holy location is visited by Jews from all around the world.
• Israel captured the Old City and annexed East Jerusalem, which includes the al-Aqsa mosque, during the 1967 Arab-Israeli War. Muslims’ entrance to the site is now controlled by Israel.
• While Jews are permitted to enter the premises, they are not permitted to worship.
• Several violent conflicts have occurred on this spot over the years. 205 Palestinians and 12 Israeli officers were injured in clashes between Palestinian demonstrators and Israeli police in May 2021.