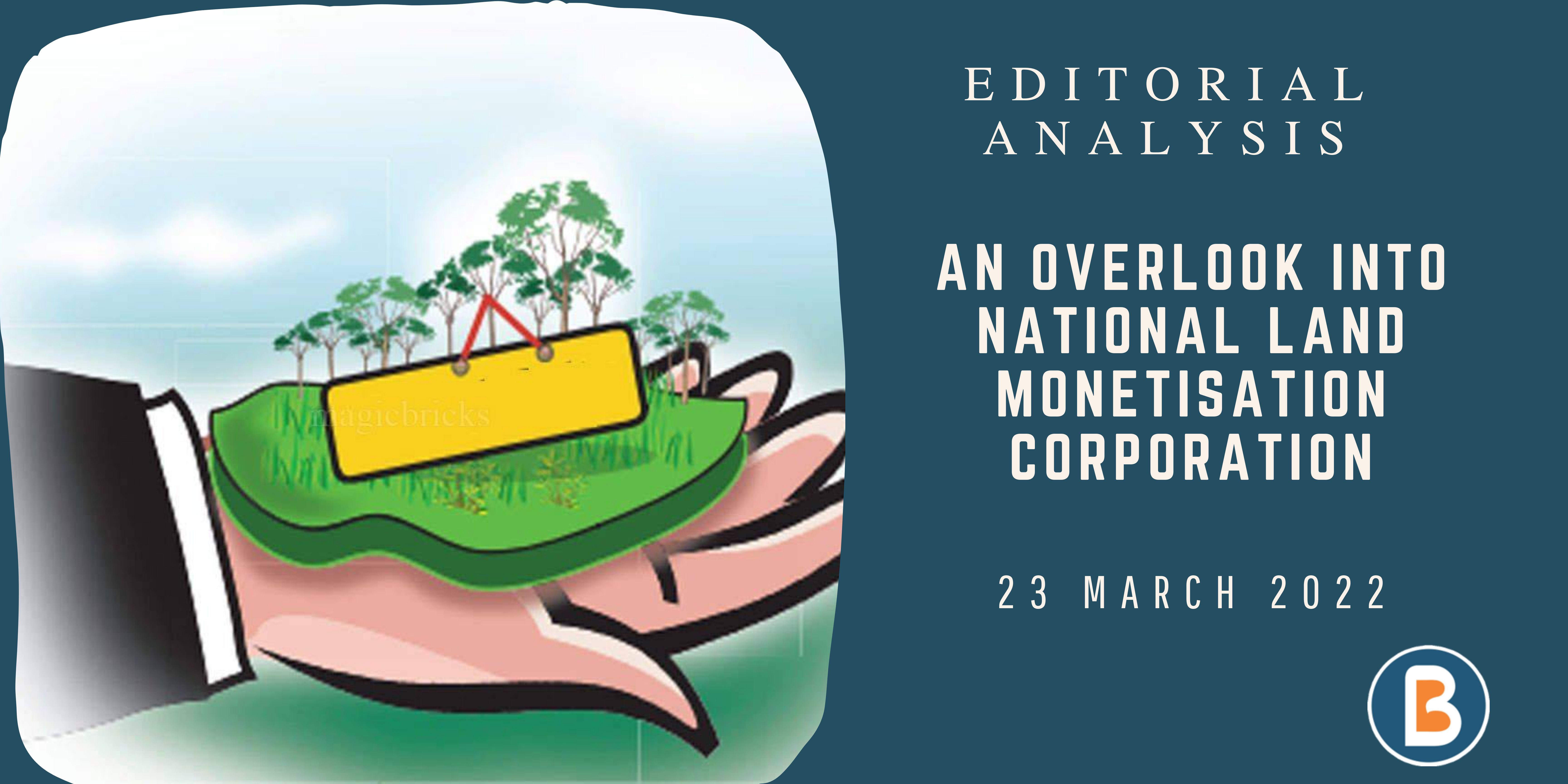 • The Union Cabinet recently approved the setting up of National Land Monetisation Corporation (NLMC) as a wholly owned government of India company to undertake monetisation of surplus land and building assets of Central Public Sector Enterprises (CPSEs) and other government agencies.

Why to monetise the assets?

• The primary reason to monetise the existing assets is to unlock the potential of the assets which are lying idle and one more obvious reason is to create a new source of revenue.
• According to the Economic Survey 2021-2022, CPSEs have put nearly 3,400 acres of land on the table for potential monetisation.
• In terms of government land, the Railways and Defence Ministries own the bulk majority.

• The National Land Monetisation Corporation will be a firm, fully owned by the government, to carry out the monetisation of government and public sector assets in the form of surplus, unused or underused land assets.
• It will fall under the administrative jurisdiction of the Ministry of Finance and will be set up with an initial authorised share capital of ₹5,000 crore and a paid-up capital of ₹150 crore.
• Apart from monetising underutilised or unused land parcels of Central Public Sector Enterprises (CPSEs), the Corporation will also facilitate the monetisation of assets belonging to PSUs that have ceased operations or are in line for a strategic disinvestment, with the aim of unlocking the value of these land holdings.
• The surplus land and building assets of such enterprises are expected to be transferred to the NLMC, which will then hold, manage and monetise them.

• The firm will hire professionals from the private sector with a merit based approach, similar to other specialised government companies like the National investment and infrastructure Fund (NIIF) and Invest India.
• This is because asset monetisation of real estate requires expertise in valuation of property, market research, investment banking, land management, legal diligence and other related skill sets.
• The NLMC will undertake monetisation as an agency function and is expected to act as a directory of best practices in land monetisation.

• According to the Economic Survey 2021-2022, as of now, CPSEs have put nearly 3,400 acres of land on the table for potential monetisation.
• They have referred this land to the Department of Investment and Public Asset Management (DIPAM).