An Overlook into the 2+2 Dialogue between India & USA 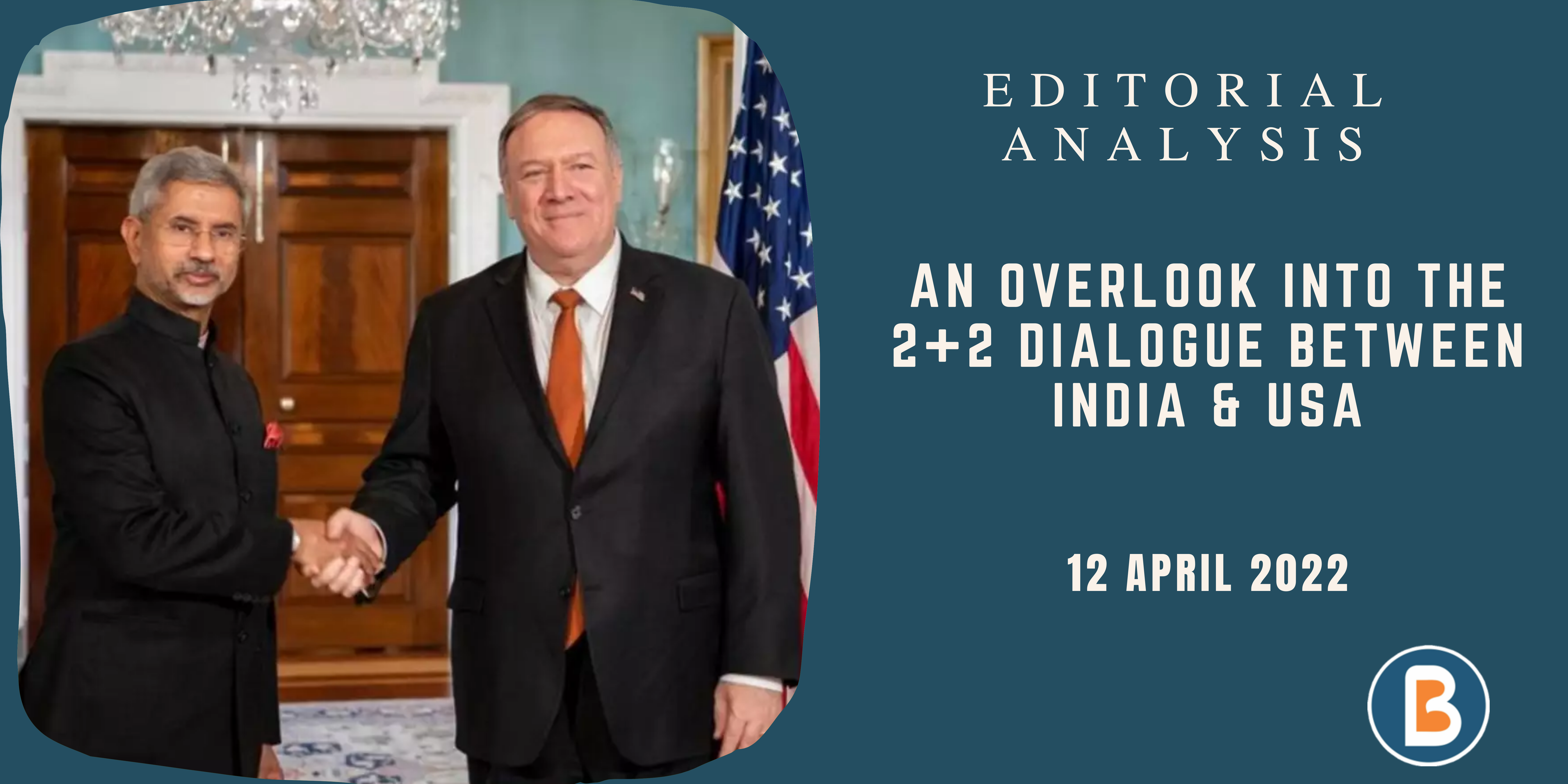 An Overlook into the 2+2 Dialogue between India & USA

• The fourth ‘2+2’ dialogue between India and the United States is underway in Washington DC.
• India’s External Affairs and Defence Ministers, S Jaishankar and Rajnath Singh, are meeting with their American counterparts, Secretary of State Anthony Blinken and Secretary of Defense Lloyd Austin.

About the bilateral engagement:

• The 2+2 dialogue is a mechanism for discussions on strategic and security concerns between India’s foreign and defence ministries and their allies.
• In order to build a stronger, more integrated strategic relationship in a rapidly changing global environment, a 2+2 ministerial dialogue allows the partners to better understand and appreciate each other’s strategic concerns and sensitivities while taking political factors into account on both sides.
• India holds two-plus-two discussions with four important strategic partners: the United States, Australia, Japan, and Russia.

Significance of the partnership with USA:

• The US is India’s oldest and most important 2+2 talks partner.
• The bilateral engagement and the dialogue between India and USA including the 2+2 dialogue have produced productive and far-reaching results for India.
• Recently there have been signing of important pacts for deep military cooperation including:
a. LEMOA – Logistics Exchange Memorandum of Agreement
b. COMCASA – Communications Compatibility & Security Agreement
c. BECA – Basic Exchange and Cooperation Agreement

• In the context of an increasingly aggressive China, which threatens a large number of countries in its neighbourhood and beyond and has challenged several established norms and aspects of international relations, the strengthening of the mechanisms of cooperation between the two militaries is critical.