An Overlook into the Afforestation Practices 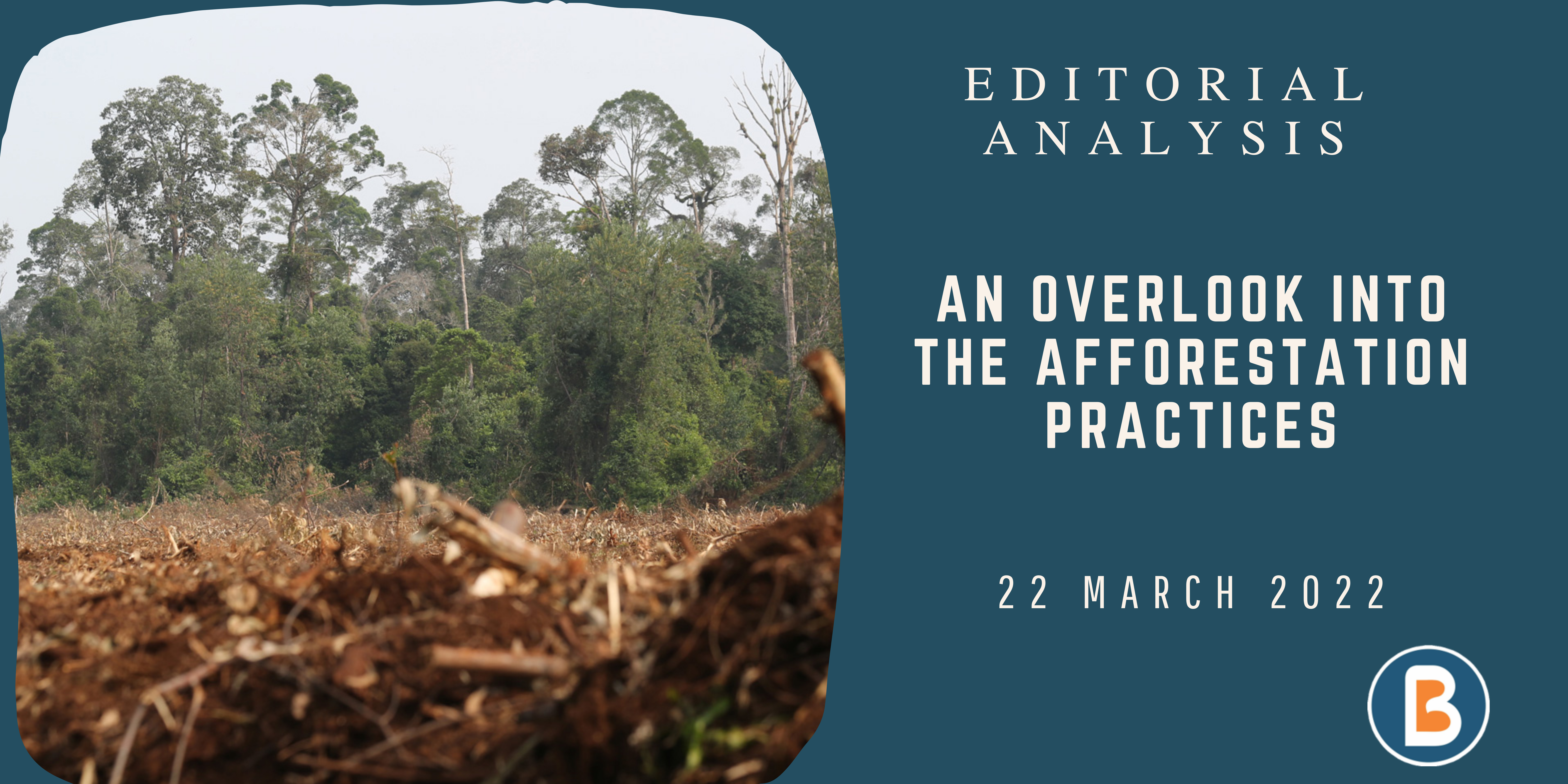 An Overlook into the Afforestation Practices

• The countries all over the world have been encouraging in planting trees and other planting campaign for many years.
• Recently even the Government of India through the National Afforestation and Eco Development Board, launched an ambitious project.
• The project includes a 19,000-crore plan for an afforestation drive to rejuvenate thirteen major rivers.

Requirement of a Holistic Approach:

• Just planting trees may help in storing carbon and thereby reducing pollution.
• But forests are complex ecosystems that are raised over years with an interplay of birds, mammals, reptiles, insects, microorganisms, soil, water and other environmental conditions.
• Selection of wrong areas for plantation will lead to damage of the original ecosystem.
• This will cause the species living in that area to degenerate and cause habitat loss.
• One such example is the conversion of natural grasslands to wooded areas through plantation drives.
• The Great Indian Bustard is now facing the threat of extinction with fewer than 200 species.
• The reason behind this is the plantation in the areas where the bustards lived.
• Other such natural habitats such as woodland savanna, scrubland, wetlands and rocky outcrops that have been evolved to shelter unique biodiversity have been in threat due to the plantation drives.

• Every land has its own natural habitats which have evolved from centuries, so the diversity is very rich when it comes to environment and ecology.
• Now, the argument of the plantation drives is that they are planting trees which are native to the land.
• But, it has to understood that native species are suitable to only those tiny stretches not the entire country.
• So, the word Native Tree species is a misunderstood term in India.
• Trees such as neem, banyan, peepal and anjan may be native to India but not to the entire landmass.
• We should not ignore the ecologically sensititve criterias in planting the trees in all the parts of the country.
• Planting any species of the trees may be not damaging in an Urban setup but it is critical in other regions.

• Anyway the plantation campaigns should not be discouraged, it should be altered in such a way to suite to the local biodiversity.
• So when there is a drive of restoring the forests, it must be kept in mind the implications of planting the wrong species.
• Best way to restore forests is to letting them come back on their own strength through strict conservation measures.
• This is called assisted natural regeneration and is cost effective and has better impact in a longer term.
• There are scientific evidence to show that such naturally regenerated forests have 40 times more power in secreting the carbon that plantations.