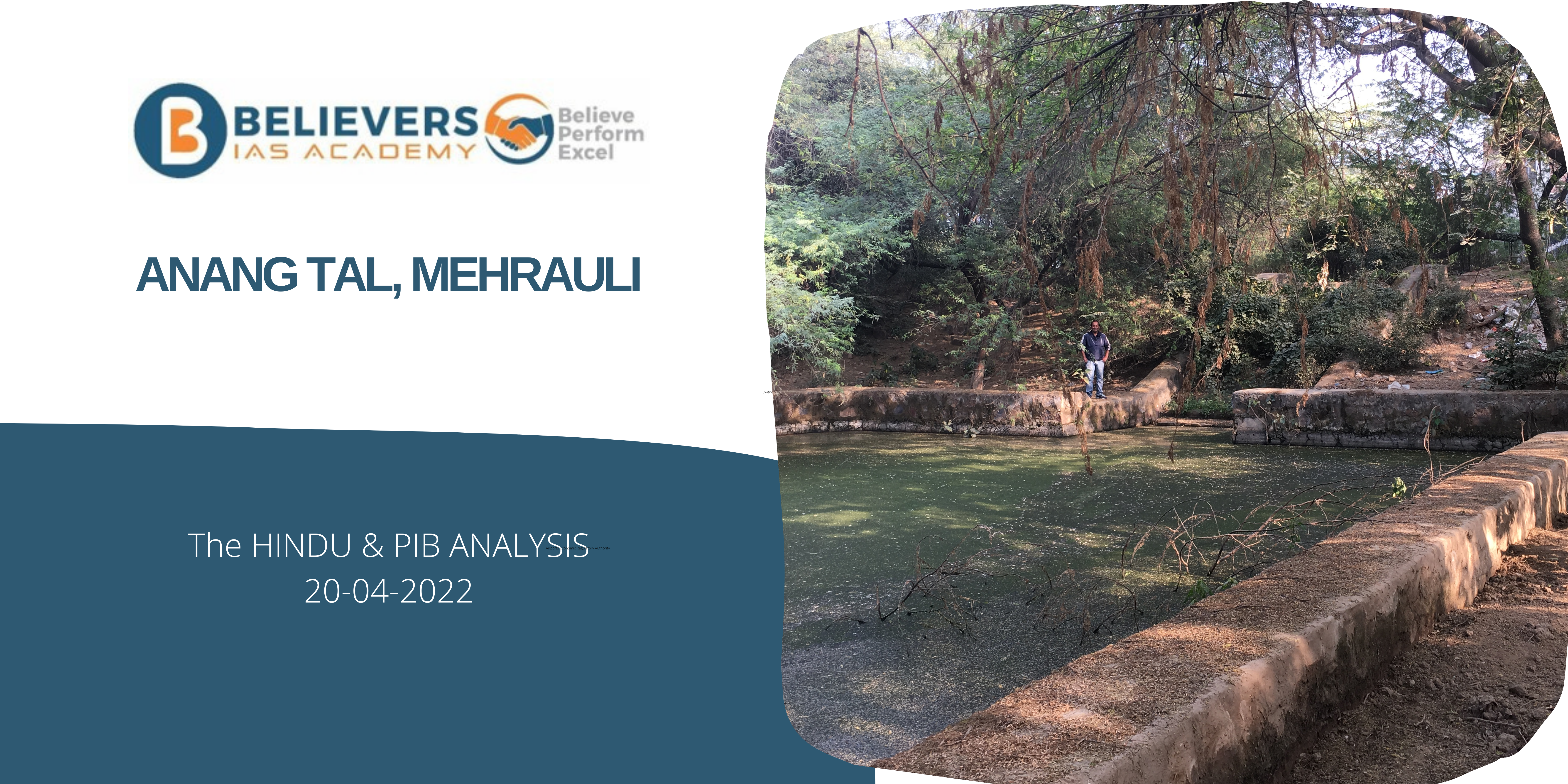 • This is a 11th Century mini lake built by the founder King of Delhi Anang Pal Tomar in 1052 AD. The Hindu dynasty of Tomars ruled Delhi and the name itself has come from the Dhillikapuri of which several stone inscriptions were found.

• Delhi has a lengthy history and has served as the capital of various dynasties, making it a significant political centre in India.
• The first mention of Delhi dates from the beginning of the Tomar kingdom in the eighth century.
• Outsiders who successfully invaded the Indian Subcontinent ransacked the existing capital city in Delhi, and those who came to conquer and stay were so pleased by the city’s strategic location that they decided to make it their capital and reconstruct it in their own style.

About the Tomara Dynasty:

• The Tomara dynasty ruled parts of present-day Delhi and Haryana in India during 8th-12th century.
• The earliest extant historical reference to the Tomaras occurs in the Pehowa inscription issued during the reign of the Gurjara-Pratihara king Mahendrapala I