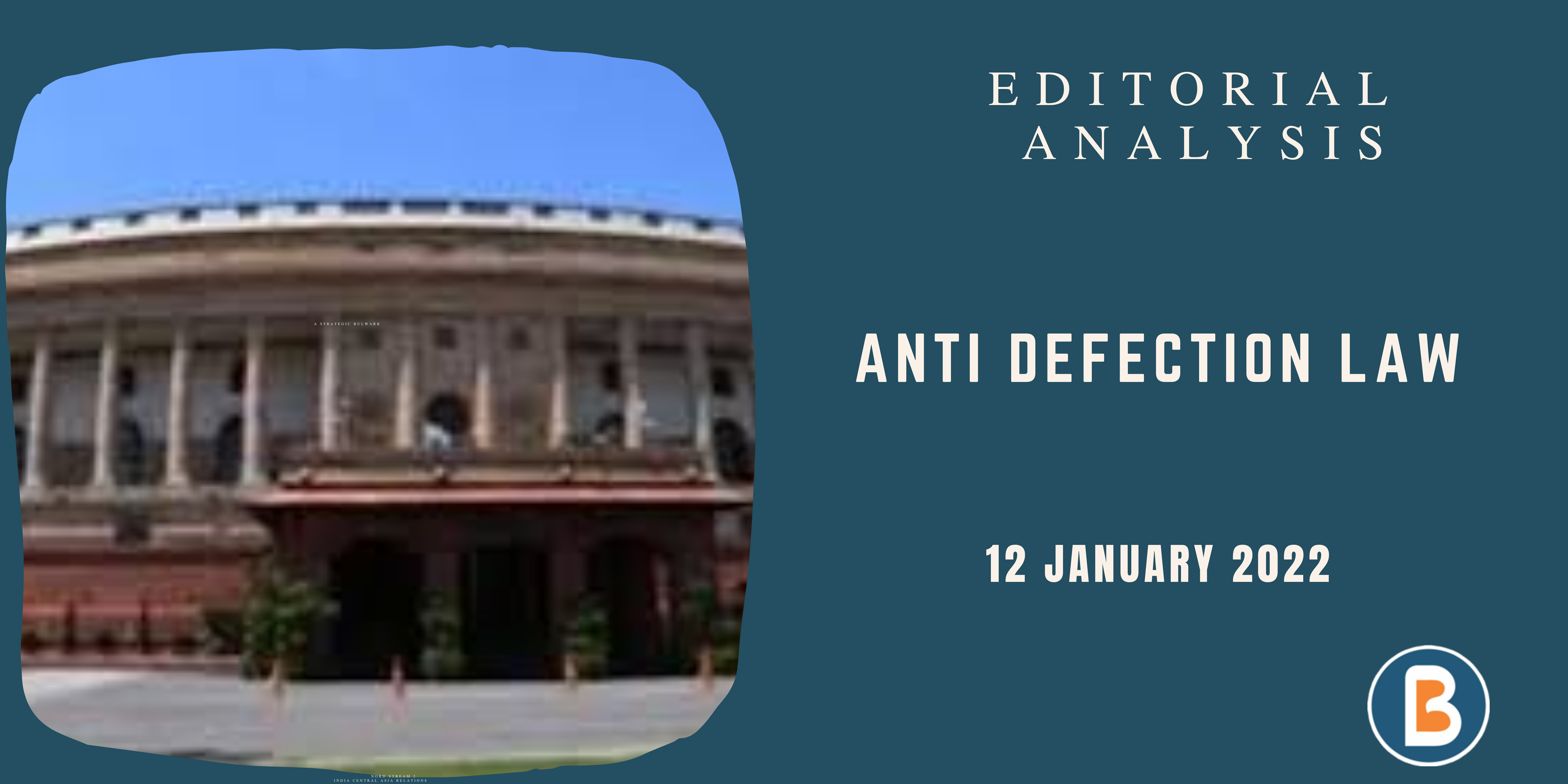 The following are the grounds for disqualification under the Anti-Defection Law:

Following the enactment of the Anti-defection law, an MP or MLA must blindly follow the party’s orders.

Legislative Undermining: An elected MLA or MP’s primary responsibility is to review and vote on policies, bills, and budgets.

Proposed Changes: One alternative is to submit such cases to the high court or the Supreme Court for an express judgment, which should be rendered within 60 days.

Ways to Strengthen Intra-Party Democracy in the Future:

Laws to Regulate Political Parties: In India, there is a pressing need for legislation to regulate political parties. A bill like this would make political parties subject to RTI, promote intra-party democracy, and so on.

Restricting the Scope of Anti-defection Law:

In order to shield the detrimental effect of the anti-defection law on representative democracy, the scope of the law can be restricted to only those laws, where the defeat of government can lead to loss of confidence.