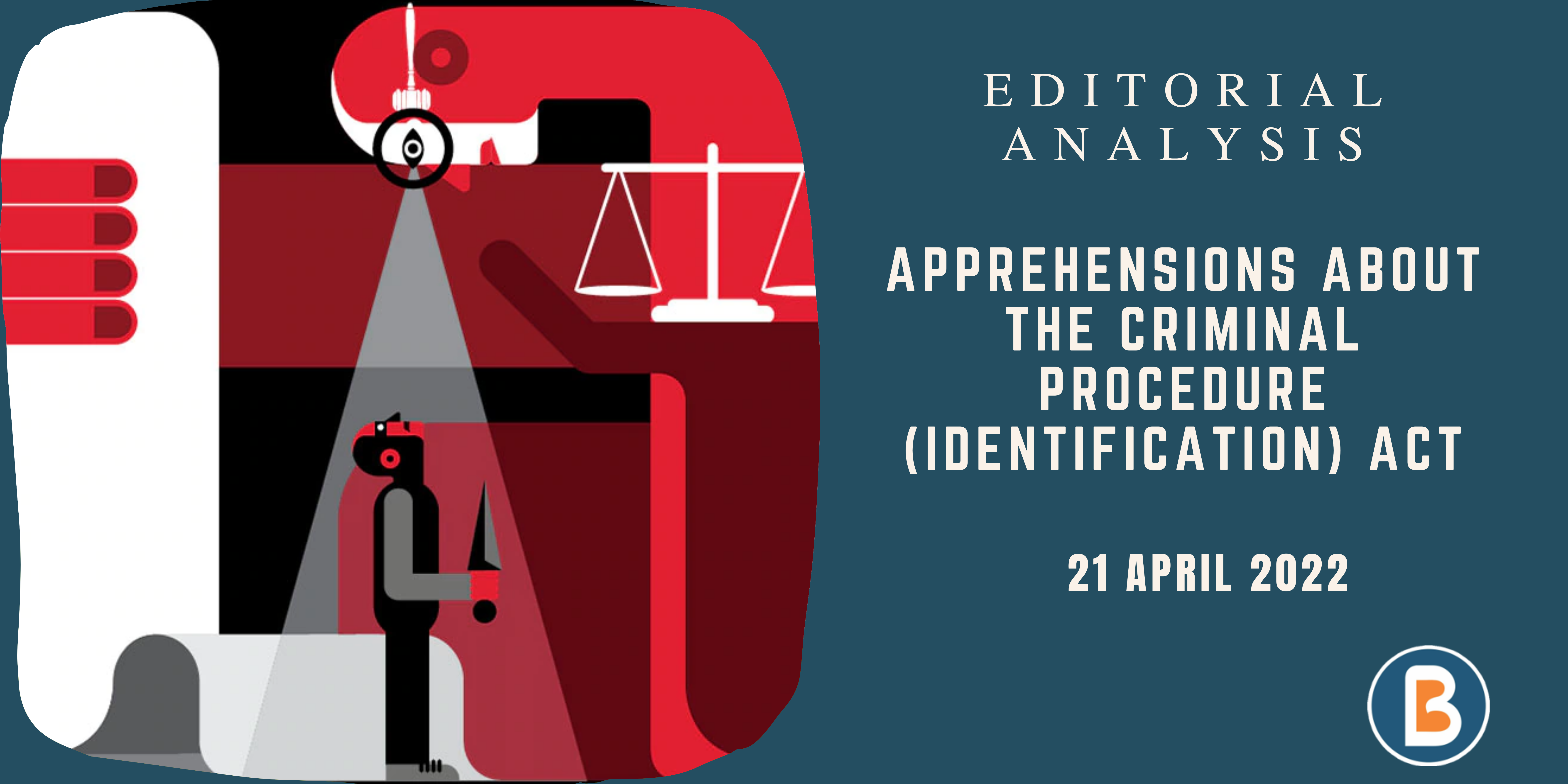 • The Criminal Procedure (Identification) Act which was passed recently has come under severe criticism given the provisions in it which are subject to misuse.

• The Act empowers police and prison officials to take’measurements’ of convicts and others for the purposes of identification and criminal investigation, as well as the preservation of records.
• The claim is that the Act is unconstitutional and that it could be abused.
• The Act aims to repeal the Identification of Prisoners Act (IPA) of 1920, which was confined to capturing measurements of specific criminals and non-convicts, including finger impressions and footprint impressions.

• Physical measurements such as finger impressions, palm prints, footprint impressions, photographs, iris and retina scans; biological samples and their analysis; and behavioural attributes such as signatures, handwriting; or any other examination referred to in Sections 53 or 53A of the Code of Criminal Procedure (CrPC), 1973 are now included in the Act.
• The CrPC allows for ‘examination’ (by a medical practitioner) of blood, semen, swabs (in the case of sexual offences), sputum and sweat, hair samples, and fingernail clippings, among other things, using modern and scientific techniques such as DNA profiling and other necessary tests that could provide evidence as to the commission of an offence.
• It is clear that the Act’s ostensibly expanded scope of “measurements” is nothing more than a merging of the IPA’s scope of “measurements” and the CrPC’s provisions mentioned above, with the addition of modern identification procedures such as an iris and retina scan.
• As a result, the Act does not give the enforcement authorities any more powers; instead, it merely specifies specific measurements and the use of cutting-edge scientific methodologies.