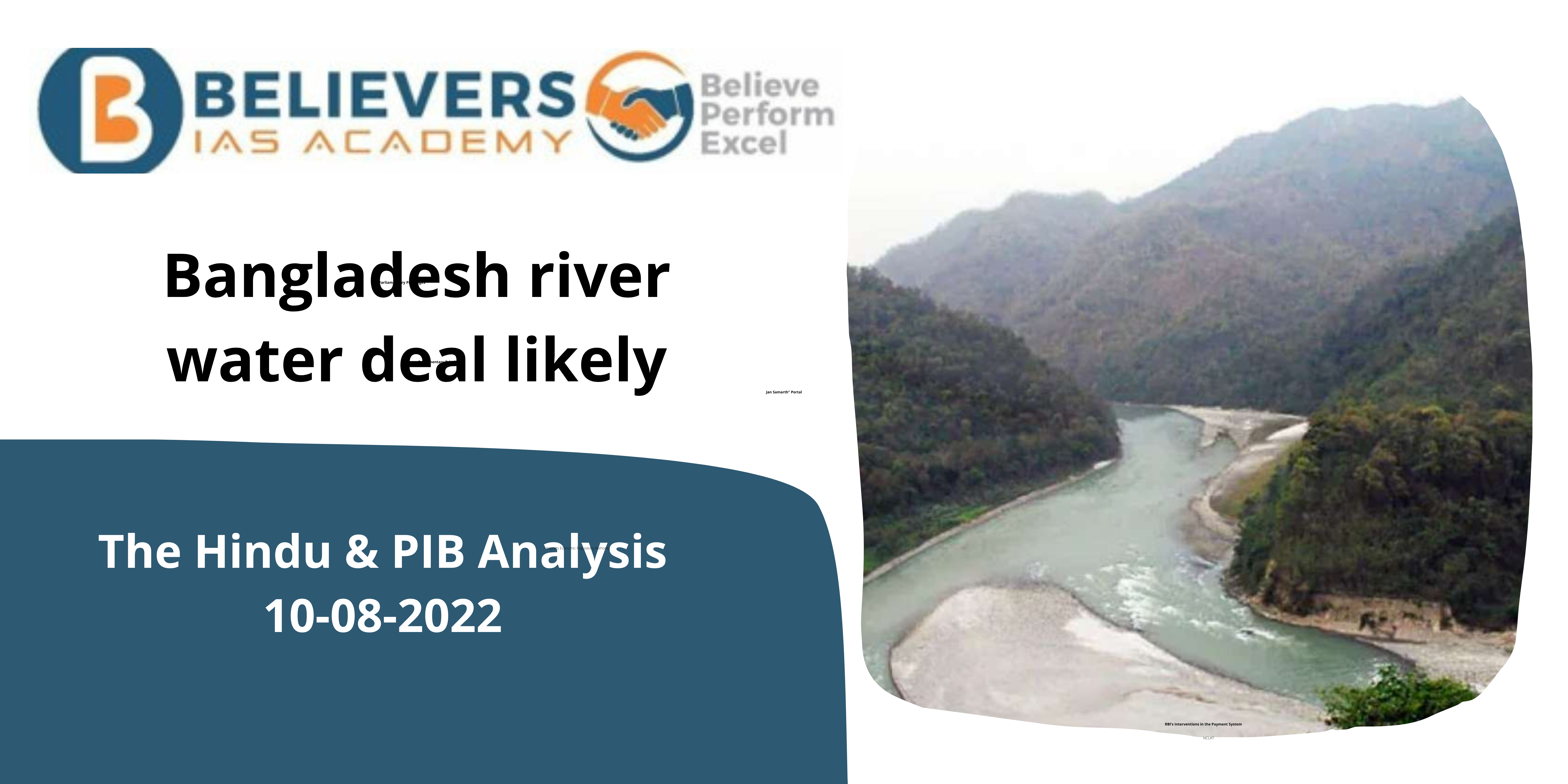 It is a branch of the Barack River and originates in the state of Nagaland at the mouth of the Barak, also known as the Amlshid bifurcation point.

It forms the boundary between the Indian state of Assam and Beanibazar Upazila of Bangladesh.

It joins with other rivers and forms the Meghna River which ultimately flows into the Bay of Bengal.

Joint Rivers Commission (JRC) established on 19 March 1972, as per the joint declaration of the prime ministers of India and Bangladesh.

According to the statute of JRC, the Commission (JRC) is appointed by the Government and is composed of a Chairman and three Members, two of which are engineers.

The Chairmanship of the Commission is held annually in turn by Bangladesh and India.

The JRC is headed by Water Resources Ministers of both the countries.

JRC is responsible for 54 rivers shared by India and Bangladesh.

It originates in the Tso Lhamo Lake and Teesta Khangse Glacier in Sikkim, flows through Sikkim and West Bengal to Bangladesh and joins the Brahmaputra River which is called Jamuna in Bangladesh.

Almost half a dozen districts in West Bengal are dependent on Teesta River.

In the month from December to March, Bangladesh wants 50% of the water supply, whereas India has claimed a share of 55%.

This disagreement led to the interim deal of 2011 which was supposed to last 15 years and gave India 42.5 percent of the Teesta’s waters and gave Bangladesh 37.5 percent. This however was opposed by West Bengal and hence a solution was not reached.