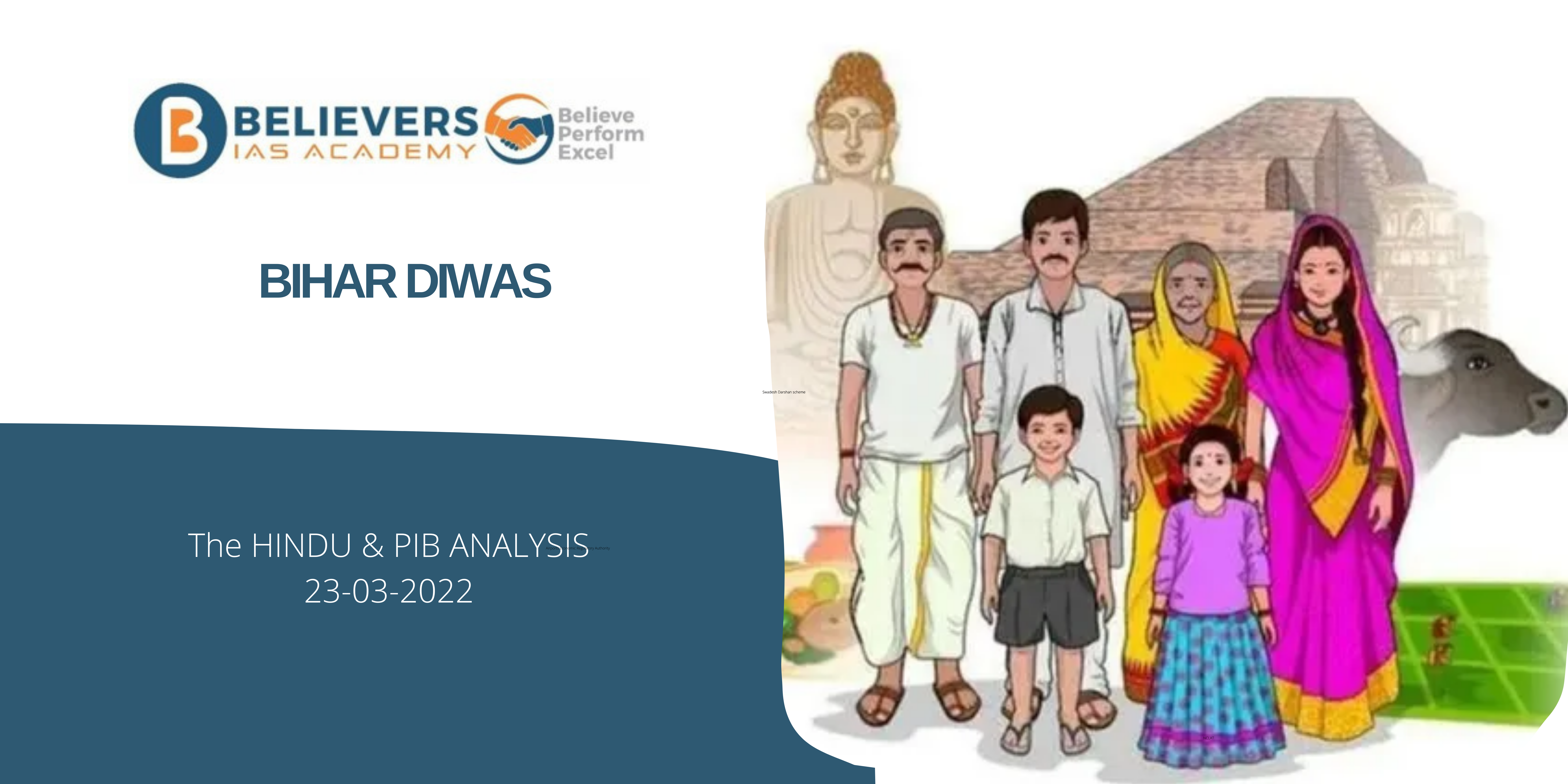 • The Prime Minister, Shri Narendra Modi has extended greetings to the people of Bihar on Bihar Diwas.
About:
• Bihar Day (Bihar Diwas) is observed every year on March 22, marking the formation of the state of Bihar. It was on this day when the British carved out the state from Bengal in 1912.

• Originally, Chota Nagpur was mostly forest-clad and was ruled by chiefs of various aboriginal tribes.
• Though British authority was only gradually established in the plains to the north during the second half of the 18th and the beginning of the 19th century, occasional revolts against the British took place in Chota Nagpur, the most important being the Ho revolt of 1820 to 1827 and the Munda uprising of 1831 to 1832.
• Later, Bihar was an important centre of the Indian Mutiny of 1857–58. Bihar formed a part of the Bengal Presidency under the British until 1912, when the province of Bihar and Orissa was formed; in 1936 the two became separate provinces of British-ruled India.
• Bihar played an active role in the successive phases of Indian nationalism.
• Mohandas Karamchand (Mahatma) Gandhi, the nationalist leader who advocated nonviolent resistance, first launched the satyagraha (“devotion to truth”) movement against the tyranny of the European indigo planters in the Champaran region of northern Bihar.
• Rajendra Prasad, who played a leading part in the freedom movement and was elected the first president of independent India, was born in the Siwan district (then a part of the Saran district), northwest of Patna.
• Upon India’s independence in 1947, Bihar became a constituent part (becoming a state in 1950), and in 1948 the small states with capitals at Saraikela and Kharsawan were merged with it.
• In 1956, when the Indian states were reorganized on a linguistic basis, a territory of some 3,140 square miles (8,130 square km) was transferred from Bihar to West Bengal.
• In 1990, for the first time since independence, a state government was elected from a party other than that controlling the national government, and in 2000 most of the Chota Nagpur plateau in Bihar’s southern region became part of the new state of Jharkhand.