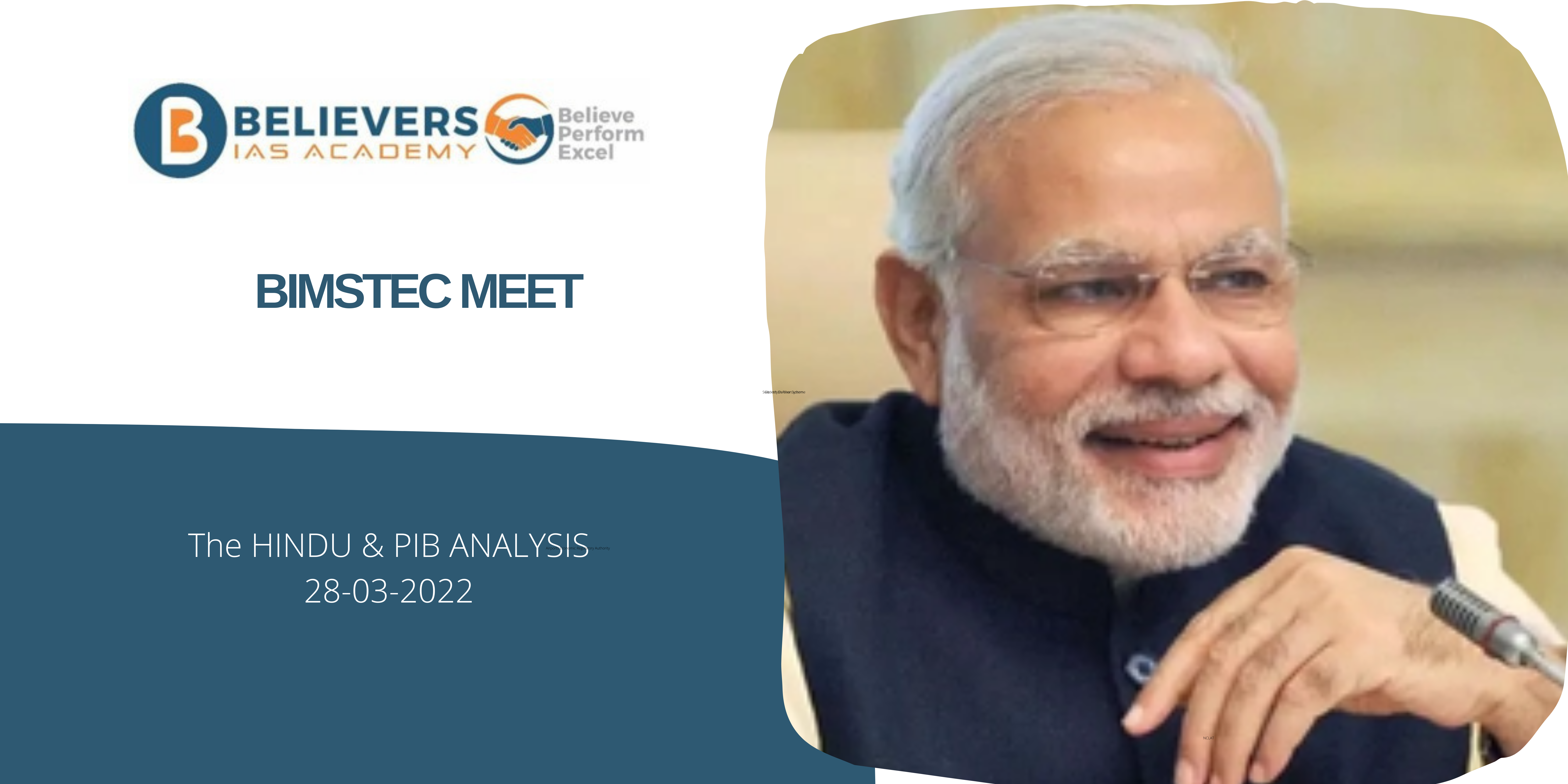 • Sri Lankan President Gotabaya Rajapaksa will host Prime Minister Narendra Modi and other leaders at the summit being held in “hybrid mode” from March 28 to 30.
• Mr. Rajapaksa will chair the session on March 30, with leaders of Bangladesh, Bhutan, India, Nepal, and Thailand joining him virtually.
• Myanmar FM to attend BIMSTEC meet, It will be the first time Modi will be at a forum that includes the junta-run State Administrative Council