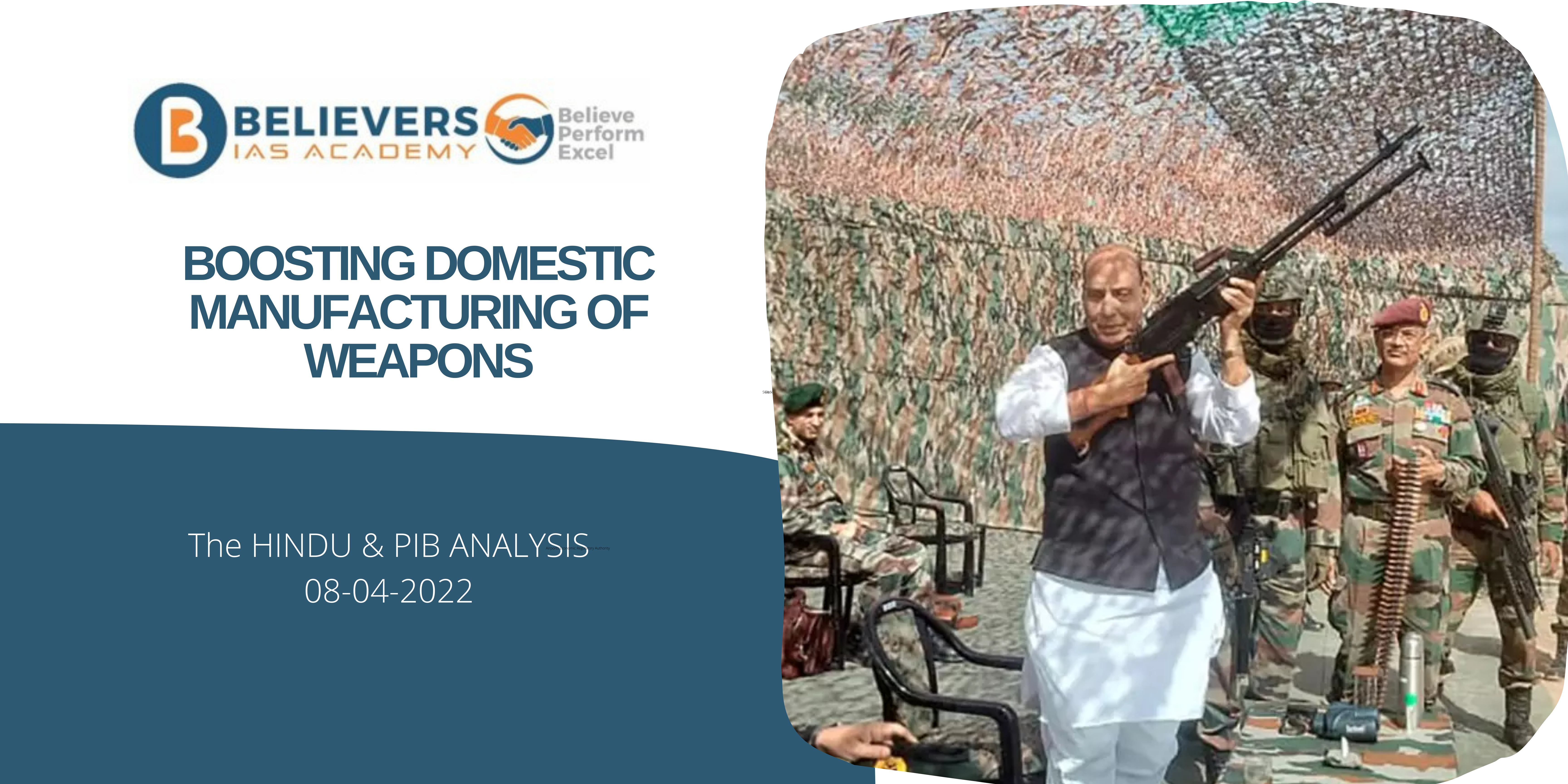 • The list, notified by Department of Military Affairs, Ministry of Defence (MoD), lays special focus on equipment/systems, which are being developed and likely to translate into firm orders in next five years.
• These weapons and platforms are planned to be indigenised progressively with effect from December 2022 to December 2027.
• These 101 items will, henceforth, be procured from local sources as per provisions of Defence Acquisition Procedure (DAP) 2020.

What is being done?

• Ammunition import replacement, which is a recurring requirement, has received special attention.
• The spirit behind issuing these three lists, which include 310 pieces of defence equipment that will be manufactured in the United States, reflects the government’s growing confidence in domestic industry’s ability to supply equipment of international standards to meet the demand of the Armed Forces.
• It is projected to boost indigenous research and development (R&D) potential by attracting new investment in technology and manufacturing skills.
• It will provide abundant possibilities for the domestic industry to gain a better grasp of the Armed Forces’ current and future needs.