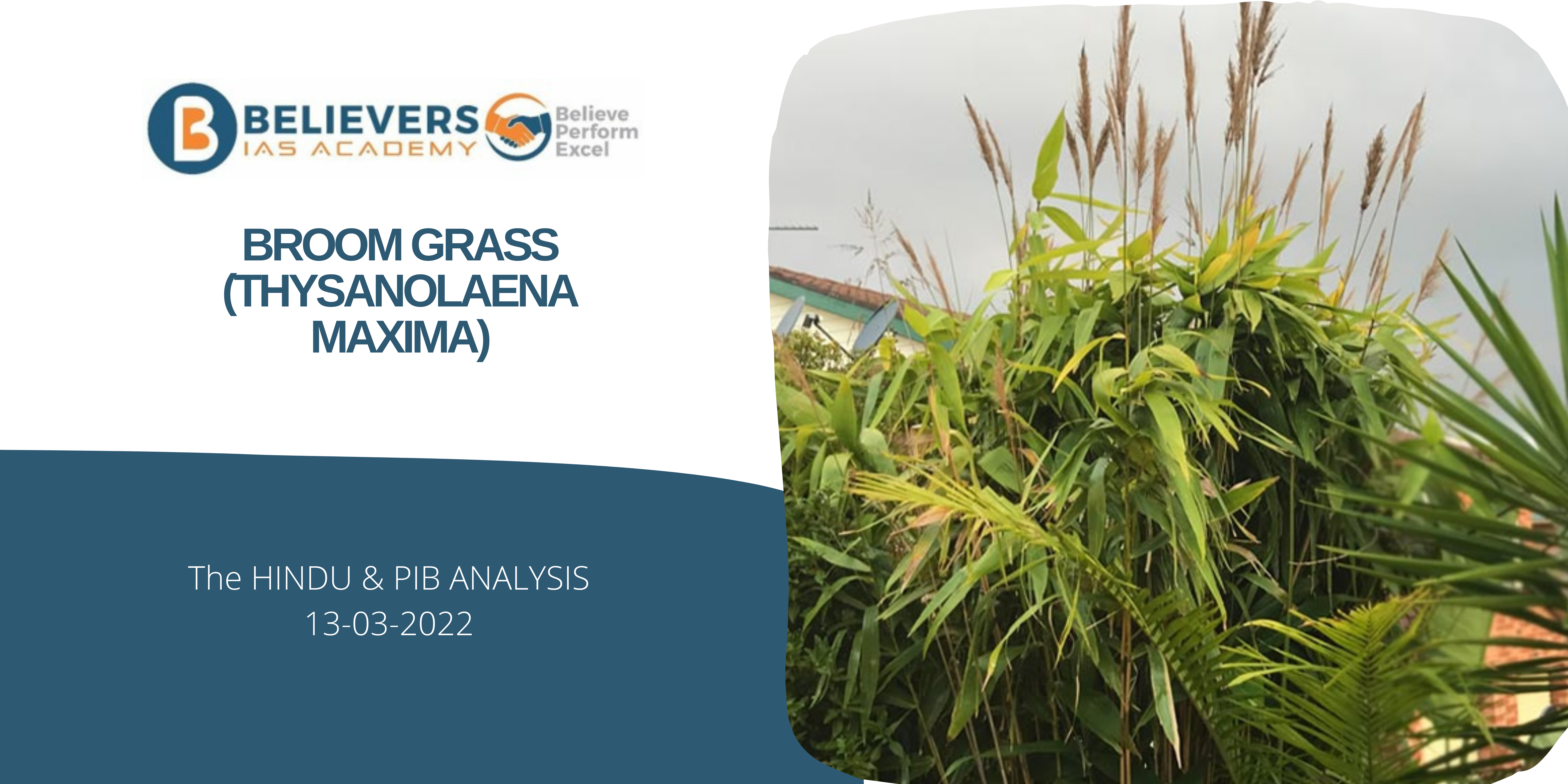 • Karbi Anglong district of Assam is the leading producer of broom grass in India, commonly known as Jharu has been contributing to the local economy since many years.

• Broom grass (Thysanolaena maxima) has emerged as the most widely cultivated cash crop in the hills of the the State.
• Commonly known as Jharu, it is grown in the Jhum fallow season by people of the Tiwa, Karbi and Khasi communities as a mixed crop for its inflorescence used for making brooms.
• It also provides fuel and fodder during the lean period.
• Karbi Anglong is the largest producer of brooms in India. Cultivation of broom grass is comparatively easy and requires only small financial inputs.
• It can be grown on marginal lands, wasteland and in Jhum fallow land. It grows well on a wide range of soils from sandy loam to clay loam.
• The planting can be done by seeds or rhizomes. The harvesting starts from February and continues till March-end. About 90% of the produce is sold during March and April. The rest is used by the farmers themselves.
• Broom grass cultivation has the potential to generate local employment and can be used to enhance rural income.
• It constitutes a major source of income for Assamese families in the business. This year, the villagers sold dried broom grass for ₹90 a kg on an average.