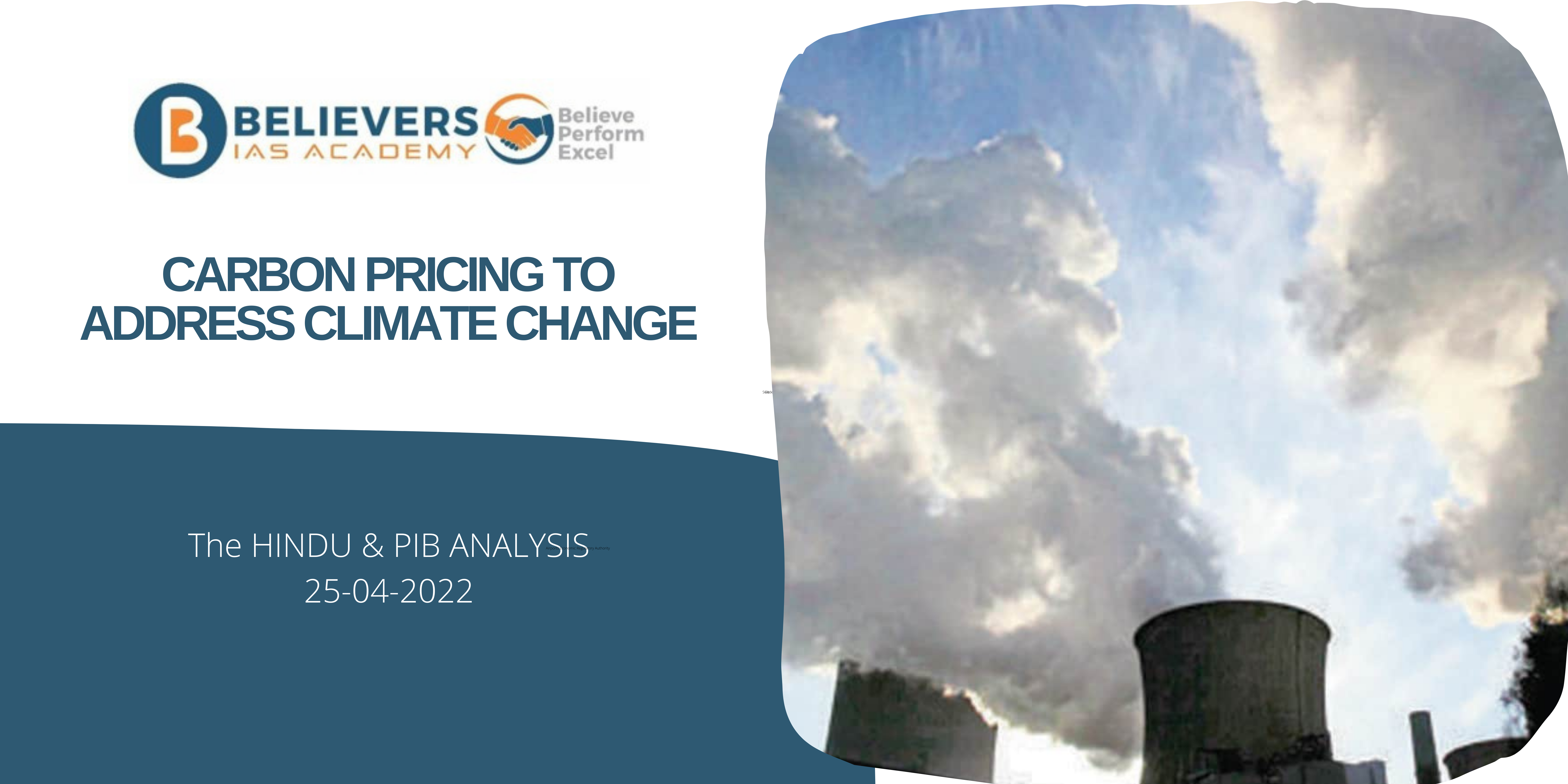 • Pennsylvania recently became the first major fossil fuel-producing state in the US to adopt a carbon pricing policy to address climate change.
• It joins 11 states where coal, oil and natural gas power plants must buy credits for every ton of carbon dioxide they emit. • As the world is facing the heat of climate change, dozens of countries and local governments are placing a price on greenhouse gas emissions, which are causing more flooding, droughts, and other costly disasters.
• Governments in other countries have been more aggressive. Individuals in Canada, for example, are charged for fuel, and large polluters are required to pay for their emissions.
• According to The World Bank, it is one of 27 countries with some form of carbon price.
• The Biden administration’s social cost estimate is about $51 per ton, Canada’s carbon taxes include a minimum fuel charge for individuals equivalent to about $40 per ton.

• The social cost of carbon tries to estimate the value of all climatic damage hundreds of years from now.
• Carbon pricing indicates the current price that businesses are ready to pay for a limited number of emission credits available at auction.
• Environmentalists and some economists urge the government to be more proactive in leveraging the social cost of carbon to change national energy policy in the absence of a nationwide cap and trade scheme.
• For the first time under Biden’s leadership, the US Interior Department is considering climate harm when selling oil and gas on public lands and seas. For example, an impending lease auction in Wyoming could result in future carbon dioxide emissions of 34 million tonnes (31 million metric tonnes).