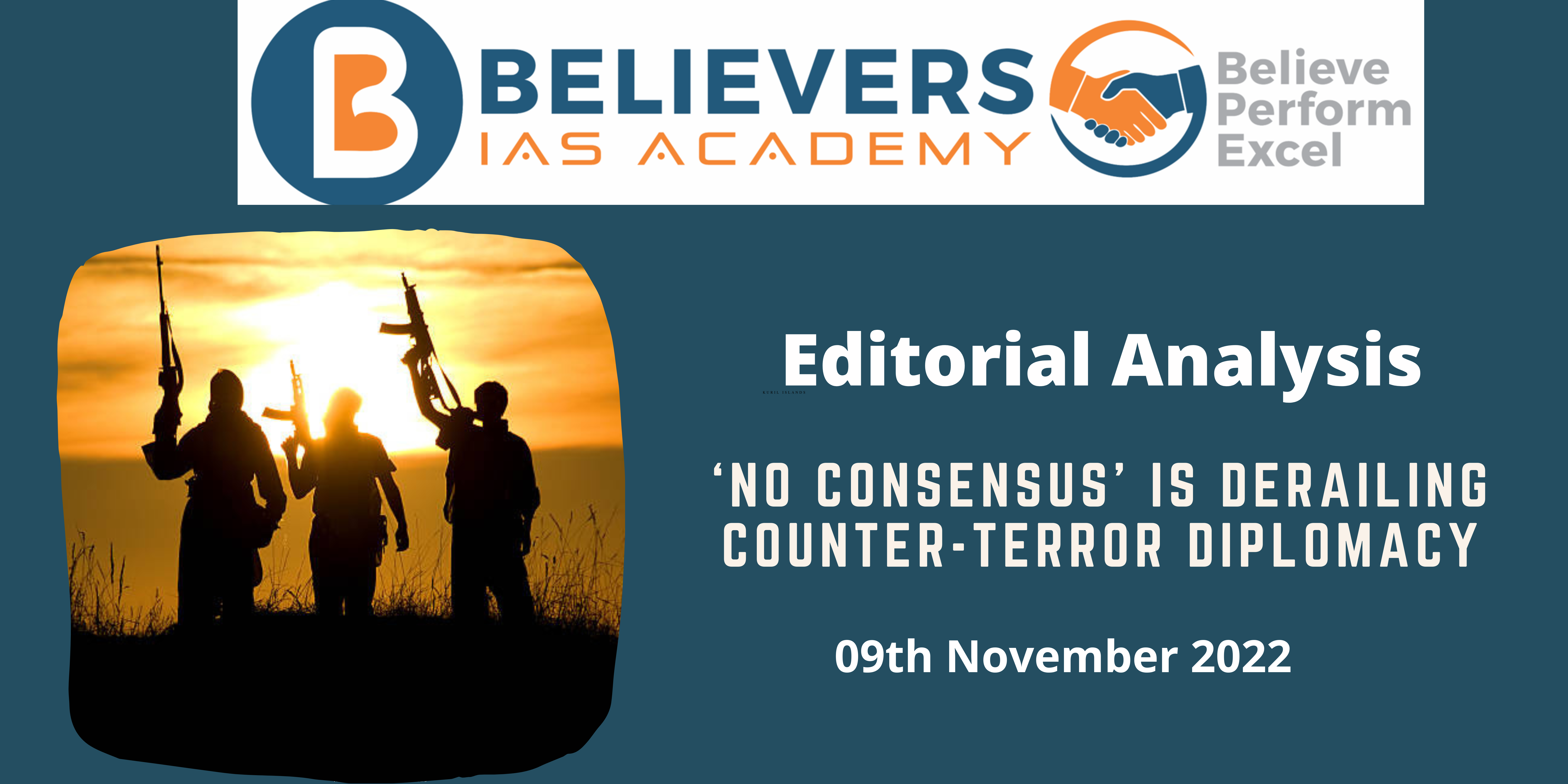 ‘No consensus’ is derailing counter-terror diplomacy

About No Money for Terror Conference:

What needs to be done: