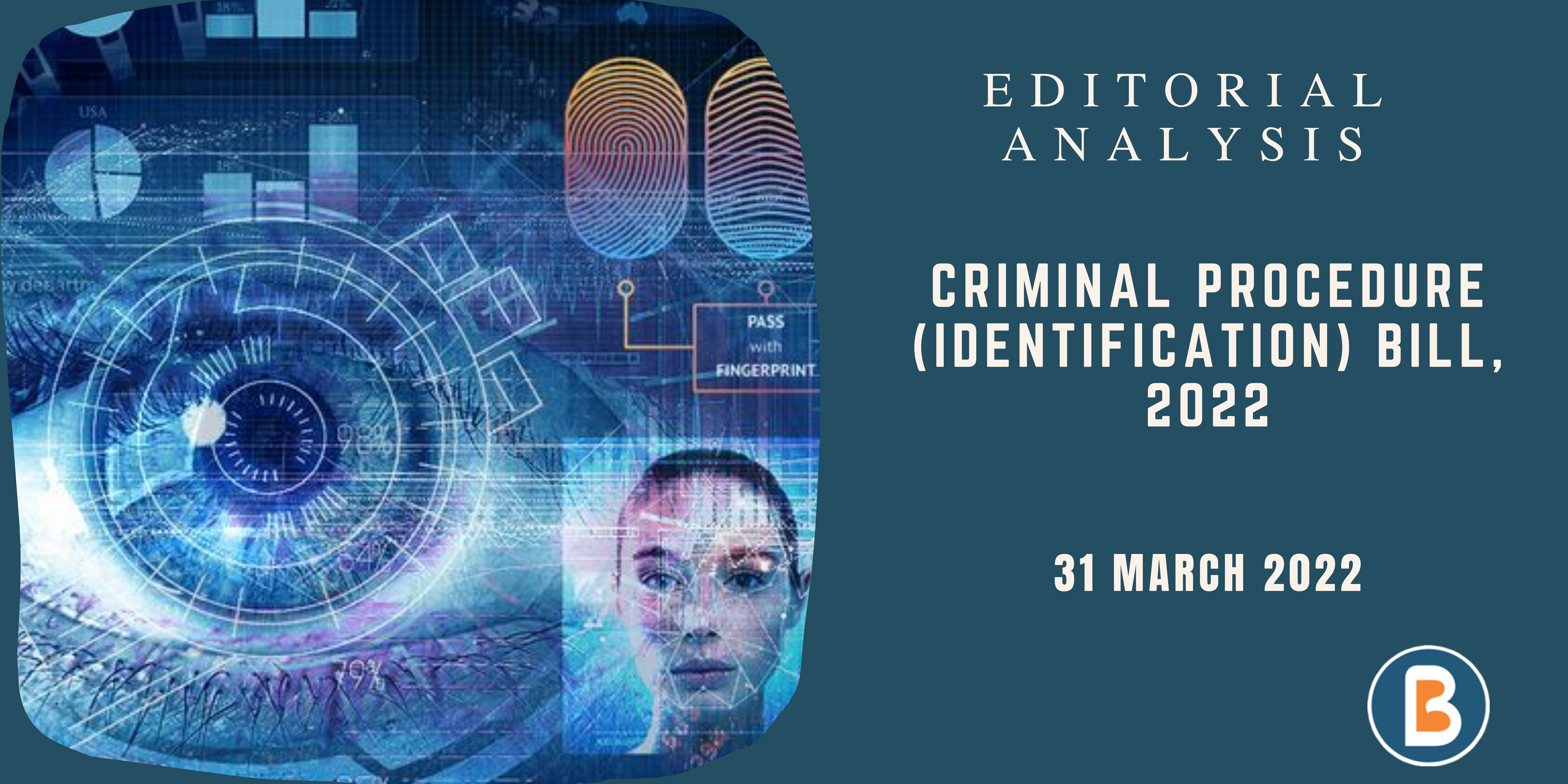 • The Union Government recently proposed to bring in a law to enable the storage of Biometric and biological data from the prisoners.
• This has raised the question about its credibility and violation of privacy of the individuals.

• The practice of recording the photographs and fingerprints of prisoners is more than a century old in the country, backed by a colonial law dating back to 1920.
• Many are of the argument that the proposed bill is violative of a major supreme court judgement i.e in the Puttaswamy Case which had declared the right to privacy as a fundamental right.
• There has been opposition to the proposed law as it is seen as violating the Article 20(3) of the constitution.
• Clause (3) of Article 20 declares that no person accused of an offence shall be compelled to be a witness against himself.
• It is a protection against such compulsion resulting in his giving evidence against himself.
• The Bill allows the records to be preserved for 75 years, and to be destroyed earlier if the person is discharged or acquitted.
• Such practices that involve the collection, storage and destruction of vital details of a personal nature ought to be introduced only after a strong data protection law
• India has not yet enacted the personal data protection bill which still in the parliament.

• The Bill governs the processing of personal data by: (i) government, (ii) companies incorporated in India, and (iii) foreign companies dealing with personal data of individuals in India.
• Personal data is data which pertains to characteristics, traits or attributes of identity, which can be used to identify an individual.
• The Bill categorizes certain personal data as sensitive personal data.

• This includes financial data, biometric data, caste, religious or political beliefs, or any other category of data specified by the government, in consultation with the Authority and the concerned sectoral regulator.