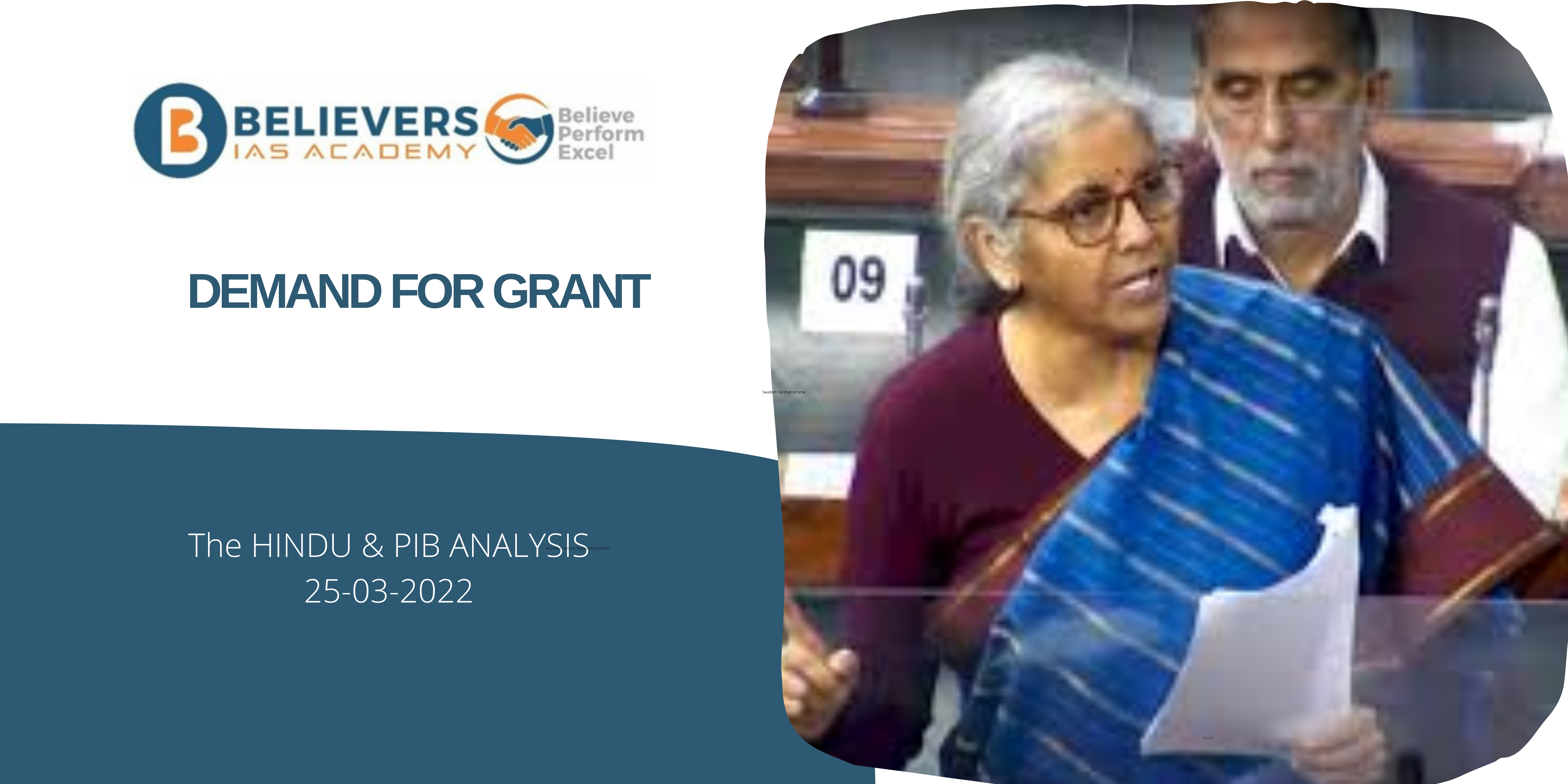 • Lok Sabha passes Demand for Grant under control of Ministry of Ports, Shipping and Waterways
What is it?
• It is needed when the amount authorised by the Parliament through the appropriation act for a particular service for the current financial year is found to be insufficient for that year.

• This grant is presented and passed by the Parliament before the end of the financial year.
• In the constitution Article 115 pertains to supplementary, additional or excess grants.
About the Maritime Infrastructure:
• The infrastructure created due to Maritime India Vision 2030 and Sagarmala has led to huge gains in the EXIM and domestic trade of India, 95% of which is done via the maritime sector.
• India has a long 7,517 km coastline with 11 Major Ports and 200 Non Major Ports which are being developed by state governments.
• He said Port led industrialization, connectivity, infrastructure, fishing harbour, tourism, coastal community development all states will benefit hugely from the works being undertaken.
• The number of seafarers which was 1,17,090 till 2014 has now increased to 2,05,787
• Ministry of Ports, Shipping and Waterways and Ministry of Fishing is developing Fishing Harbour, 31 of which has been developed under Sagarmala, that is enabling the fishing community to lead a life of dignity and prestige.
• Cochin Shipyard Limited which is doing such great work, they have made India’s first indigenously developed Aircraft Carrier, a true example of Aatmanirbhar Bharat.
• It is now building for the first time 12,000 cubic meter Suction Dredger, which were brought from outside before.