Drying Up of Rivers 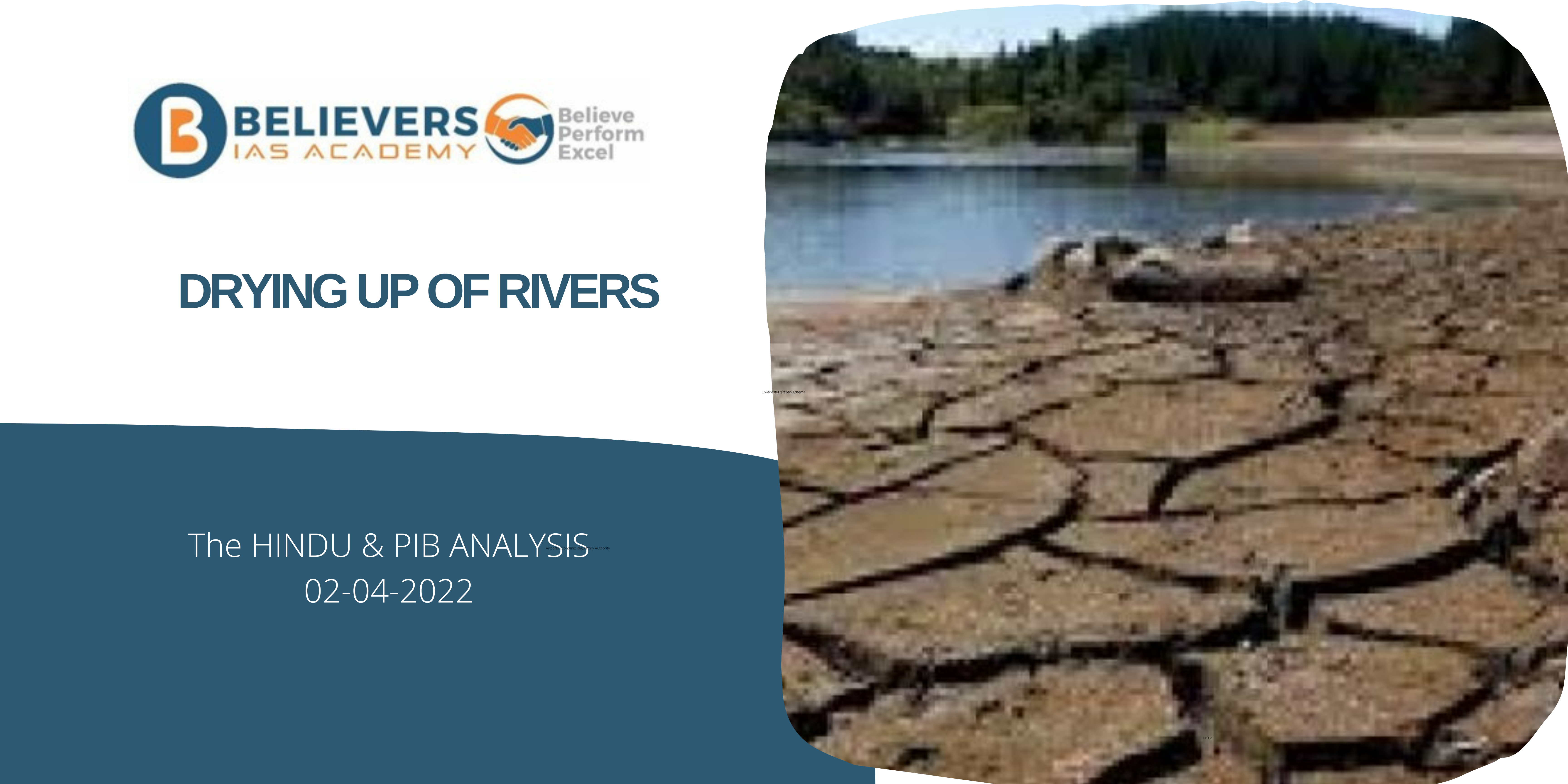 Drying Up of Rivers

• Minister of State for Jal Shakti, Shri Bishweswar Tudu in a written reply in Lok Sabha stated that the per capita annual water availability in the country has progressively reduced due to increase in population, urbanization, improved lifestyle of people, etc.

• In the country, there are two sorts of rivers: perennial rivers and non-perennial rivers. Water is available all year in perennial rivers, but non-perennial rivers are rain-fed rivers with water flowing only during the rainy season.
• River flow is a dynamic metric that is influenced by a variety of factors including rainfall, its distribution pattern, duration and intensity in the catchment, the health of the catchment region, vegetation, and water withdrawals and use.
• River cleaning and regeneration is a never-ending process. The discharge of untreated or partially treated sewage from cities/towns and industrial effluents into their respective catchments pollutes the country’s rivers and other water bodies.

• In the Standard Terms of Reference (ToR) for conducting Environmental Impact Assessment (EIA) studies for any proposed River Valley and Hydroelectric Project, the Ministry of Environment, Forest & Climate Change (MoEF&CC) has mentioned the norms for release of environmental flows, which are 30% in monsoon, 20% in lean season, and 25% in non-monsoon & non-lean season to be followed, corresponding to flow of 90% dependable year.
• The Environment Clearance (EC) letter specifies these criteria, as well as the site-specific requirements for environment flow releases based on the investigations. Industrial establishments are required to install effluent treatment plants (ETPs) and treat their effluents to comply with the provisions of the Environment (Protection) Act, 1986 and the Water (Prevention & Control of Pollution), Act 1974.