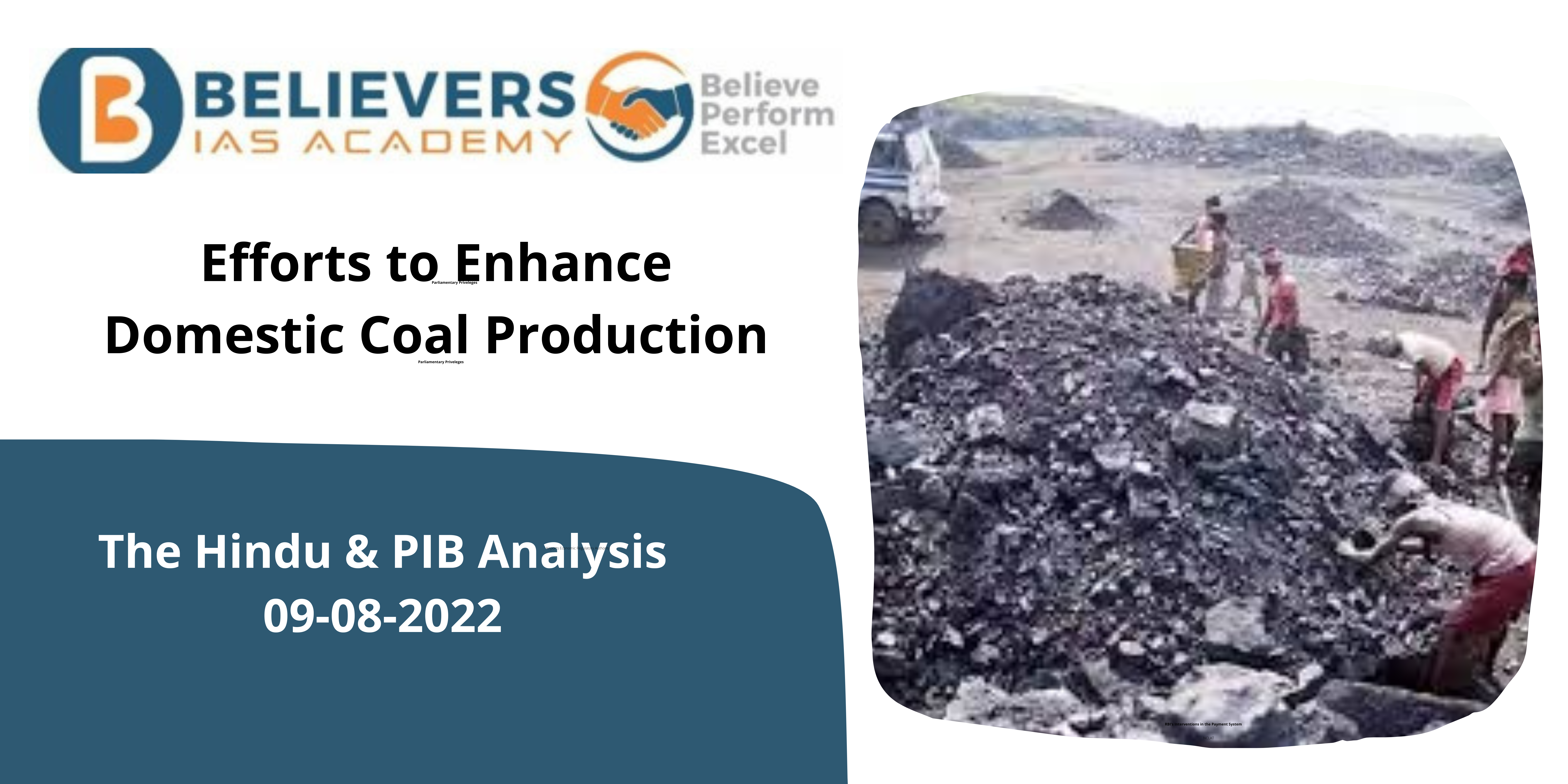 The Government has taken following steps to increase domestic coal production and reduce the import of coal:

(i) Regular Monitoring: A Monitoring Committee has been constituted under the Chairmanship of Secretary (Coal) with Chief Secretaries from respective Host States, Secretary (MoEF& CC), Coal Controller Organization (CCO) & CMPDIL as members of the Committee to conduct regular reviews and to expedite the development of blocks.

(ii) Enactment of Mines and Minerals (Development and Regulation) Amendment Act, 2021: The Act provides that captive mines owners (other than atomic minerals) may sell up to 50% of their annual mineral (including coal) production in the open market after meeting the requirement of the end use plant linked with the mine in such manner as may be prescribed by the Central Government and on payment of such additional amount. This step is an attempt to stimulate the coal block allocattees to commence coal production early.

(iii) Commercial Coal Mining Scheme: Auction of commercial mining on revenue sharing mechanism was launched on 18.06.2020. Terms and conditions of commercial coal mining are very liberal with no restriction on utilization of coal, allowing new companies to participate in the bidding process, reduced upfront amount, adjustment of upfront amount against monthly payment, liberal efficiency parameters to encourage flexibility to operationalize the coal mines, transparent bidding process and revenue sharing model based on the National Coal Index.

(iv) Early Commencement of Coal Production: Under commercial mining scheme, Rebate of 50% on Final Offer would be allowed for the quantity of coal produced earlier than Scheduled Date of Production. Also, government has granted incentives on Coal Gasification or Liquefaction (Rebate of 50% on Final Offer). These incentives are granted to enthuse the allocattees to commence early production.