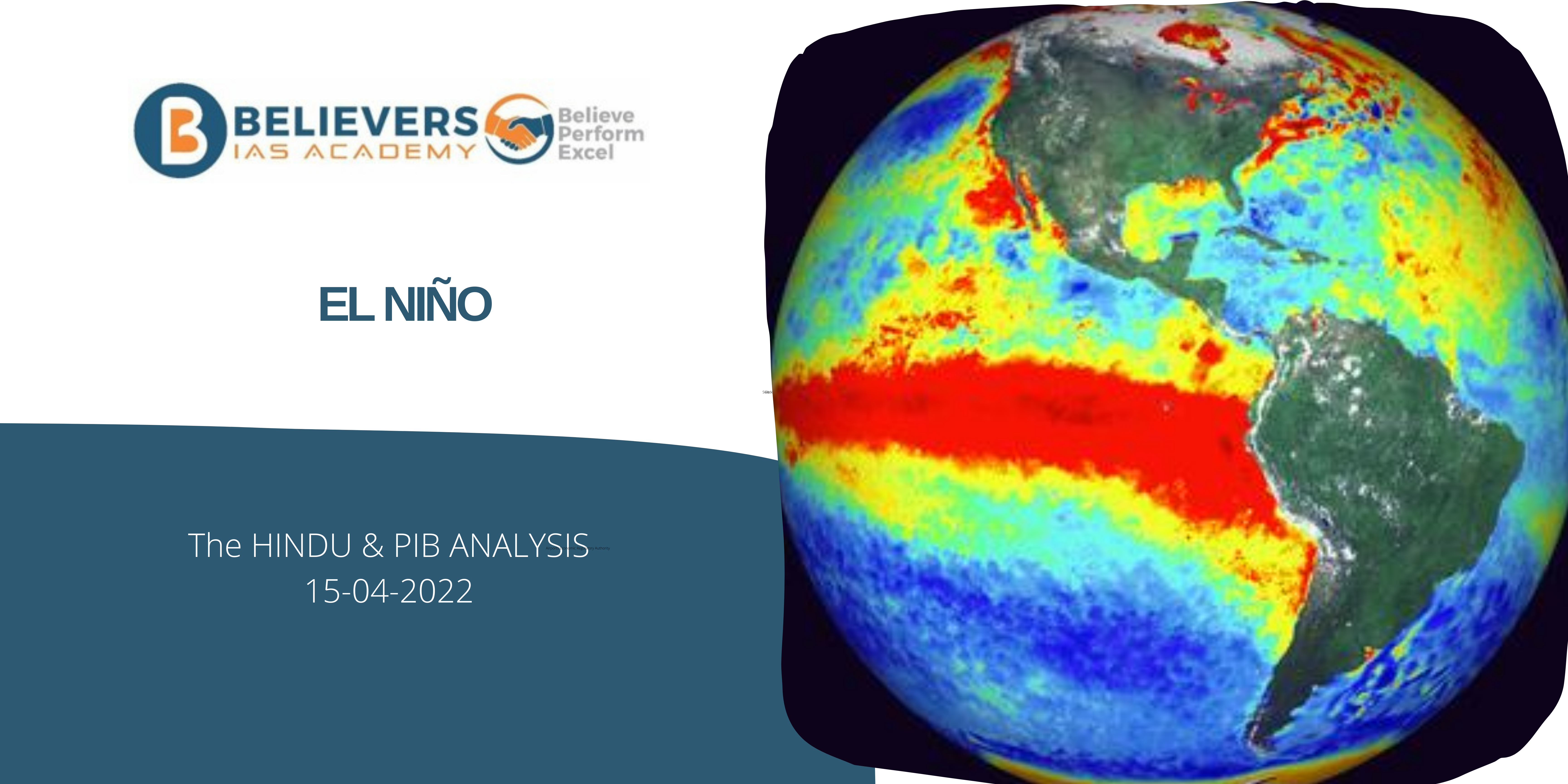 • The India Meteorological Department (IMD), while forecasting a “normal” southwest monsoon for this year also, revised downwards the definition of what constitutes average rainfall.

• The IMD does not expect an El Nino, a phenomenon associated with a warming of the Central Pacific and drying up of the rains over northwest India, the coming monsoon.

What is El Niño?