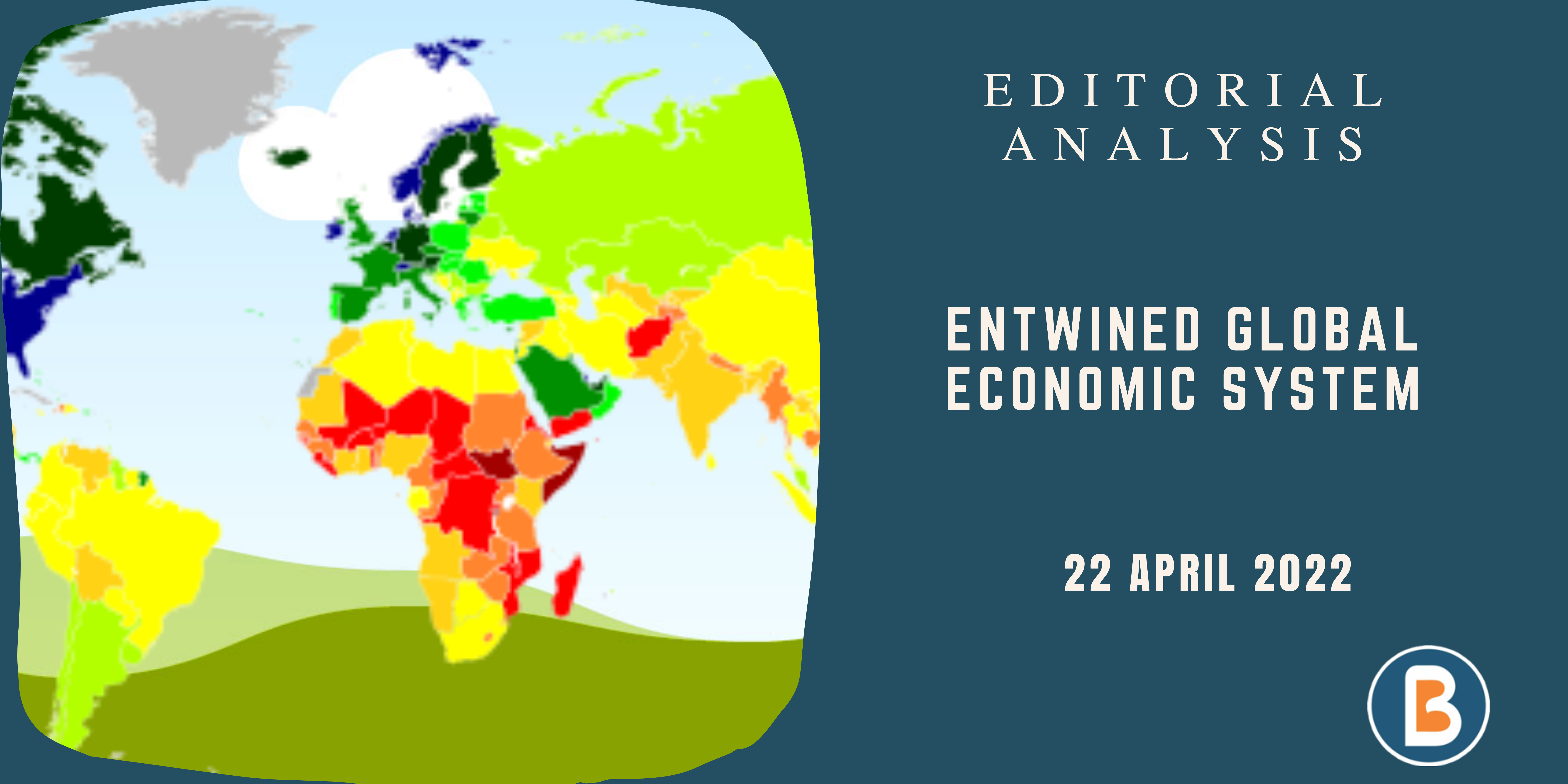 • The conflict between Ukraine and Russia has reshaped the global world order, specially post 1990’s with interconnectedness in trade among the countries of the world has been put to stake.

• As mentioned above, post the 1990’s there has been a structural shift towards free societies, frictionless borders and open economies.
• This promoted freer movement of people, goods, services and capital across the world.
• Global trade and per capita GDP nearly doubled in this period, marking an era of general peace and prosperity.
• This entwinement among the different countries and their dependence on each other led to a shared goal of global prosperity.

Consequences of the Conflict:

• This knowledge has been shattered by the Russia-Ukraine conflict. If interconnection and trade between states are mutually advantageous, then its disruption and blockade will be mutually destructive.
• Economic sanctions enacted in retaliation for Russian actions have harmed all nations, albeit some have suffered more than others.
• Egyptians are facing food shortages as a result of their reliance on Russian and Ukrainian wheat, Germans face high winter heating costs as a result of their reliance on Russian gas, Americans face a shortage of electric cars due to the unavailability of car batteries reliant on Russian nickel, Sri Lankans have taken to the streets to protest their economic woes, and Indian farmers face high fertiliser prices triggered by a global shortage.

• Nations that did not condemn Russian aggression in the UN account for more than half of the world’s population but just a quarter of the worldwide GDP, compared to nations that criticised Russia, which account for three-quarters of the global economy.
• The former, the Russia-China bloc, is a huge producer with increasing purchasing power, whereas the latter, the Western bloc, is today’s large consumer.
• Any new barrier that separates these two blocs will cause enormous disruptions to the intertwined global economic balance.