Ethical Responsibilities of the Internet Giants 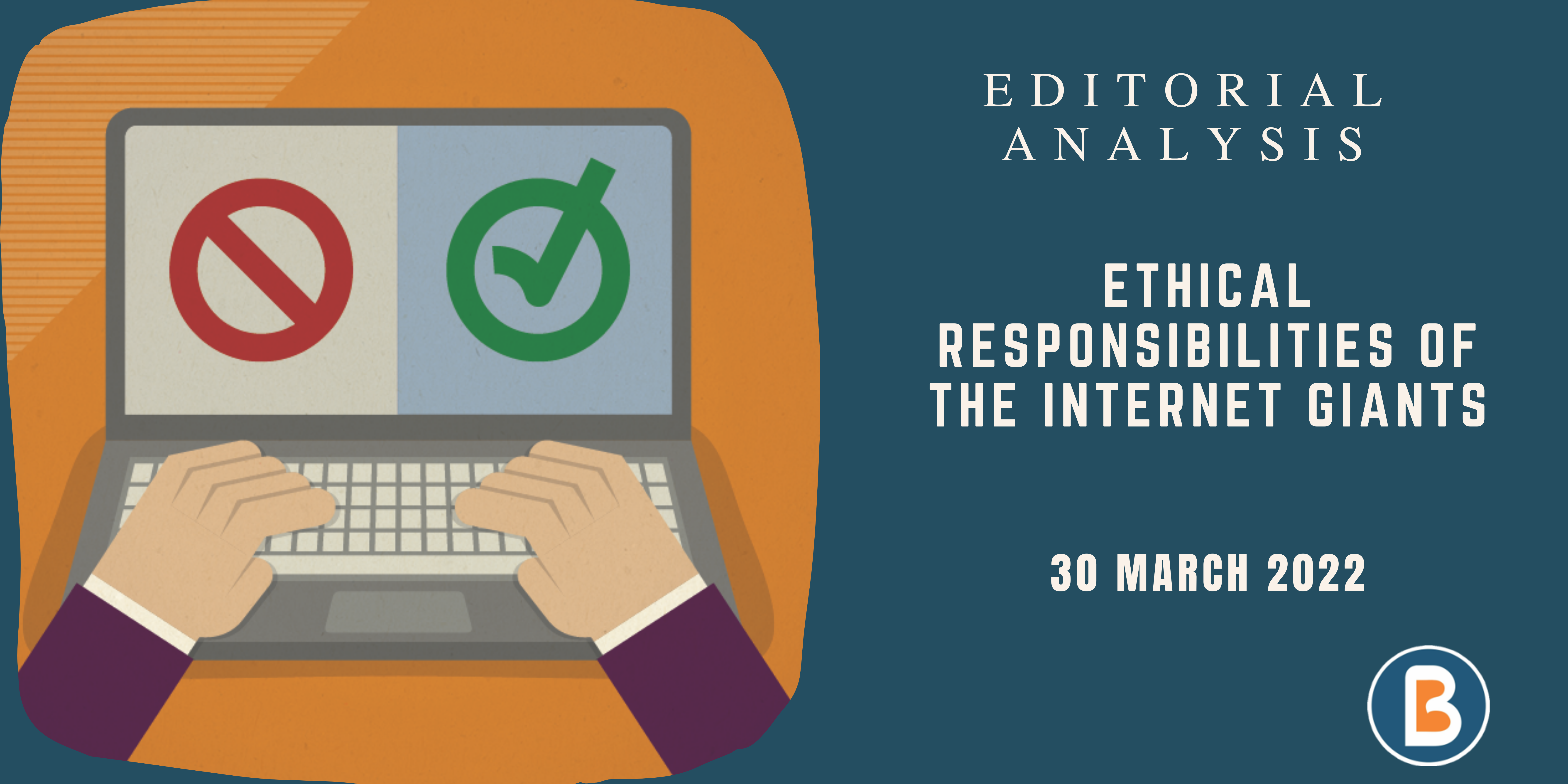 Ethical Responsibilities of the Internet Giants

• The Parliamentary Standing Committee on Information and Technology on Monday questioned Facebook officials over allegations that the algorithm used for its advertising platform unfairly promotes one political party besides claims that hate content is rewarded on the platform.

• A recent report from the Pew Research Centre has found that 44 per cent of American adults now get their news on Facebook .
• It is evident that a significant number of people are dependent on just one site for the news and we begin to grasp the grip Facebook has over the information available to the average, voting-age American.
• This is also true with respect to the situation in many other countries including India.
• Even during the elections there were allegations that Facebook tried to favor one political party.
• There were many fake news articles which were circulating on Facebook.
• There are allegations from many NGOs, think tanks based in different parts of the world that through internet giants like Facebook racial bias is increasing day by day.
• There is no proper regulation of hate speeches which are easily spread on the social media platforms.
• Facebook changed its news feed algorithm to give more weight to ‘friends and family’. That is, if someone on your friends list liked or commented on a post, the chances of you seeing that post are now much higher.
• Then as you engage with those posts more, Facebook further fine-tunes your newsfeed to show similar posts. This streamlines your news feed to the interests of your circle, limited or diverse as it is.
• Essentially the algorithm places us in a jury of our peers, locking us in echo chambers of thought, validating each other in an infinite loop.

What was the founder’s response?

• Mr. Zuckerberg went on to say that the problem was “complex, both technically and philosophically,” and that Facebook did not want to curtail people’s ability to “share what they want whenever possible.”
• The high point of his argument was: “We do not want to be arbiters of truth ourselves.”

• We are now in the ‘post-truth’ era, where truth is “a matter of perspective” and those who seek to tell the truth are “agenda driven”.
• In fact, both Facebook and Google have always avoided taking on a news media tag, though they are for all practical purposes the biggest news media outlets in the world.
• Being in the news media business brings with it a legal, professional and ethical responsibilities to be an arbiter of truth.