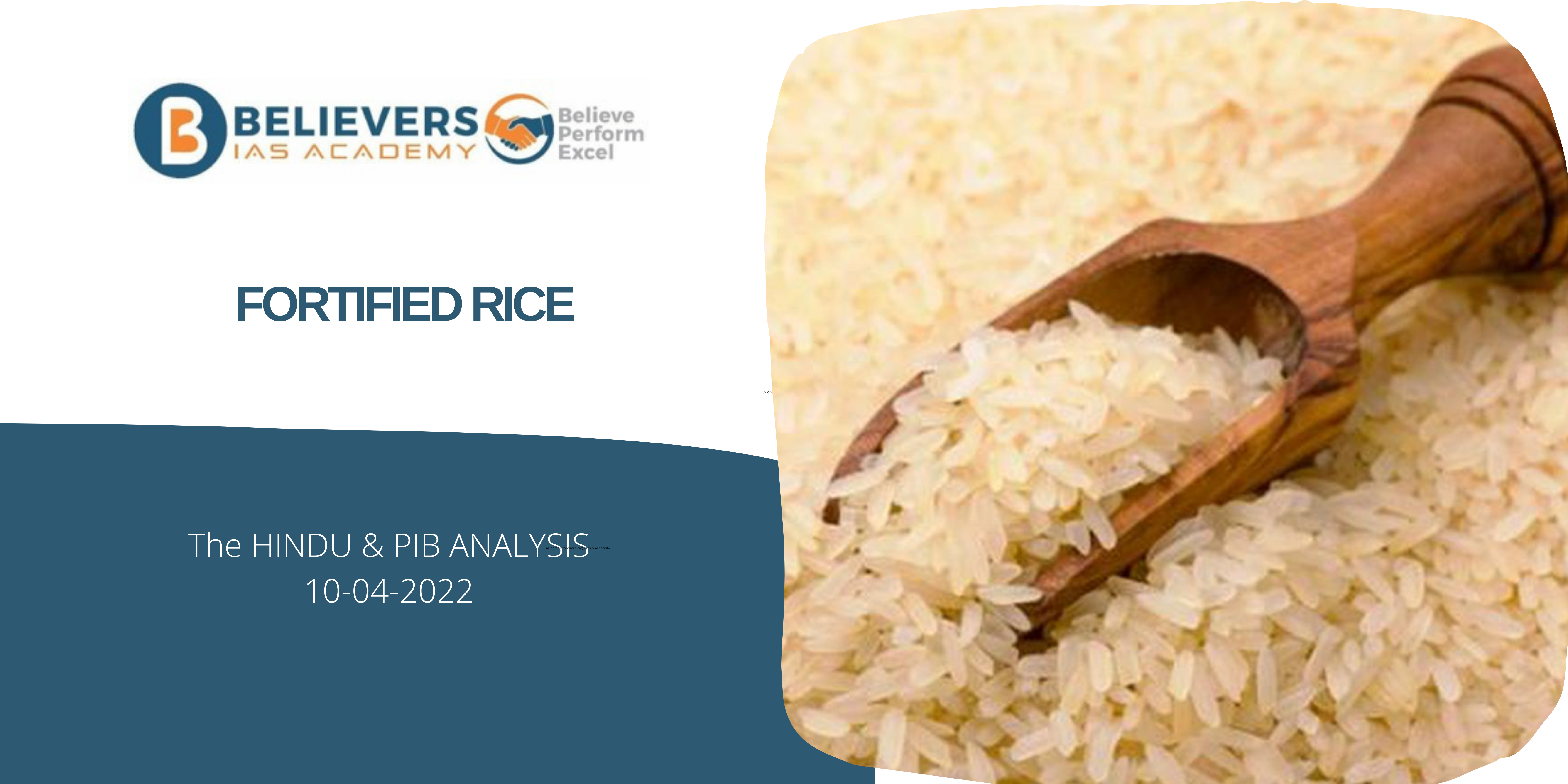 What is fortified rice?

• The Food Safety and Standards Authority of India (FSSAI) defines fortification as “deliberately increasing the content of essential micronutrients in a food so as to improve the nutritional quality of food and to provide public health benefit with minimal risk to health”.

How is it produced?

• There are various ways in which fortified rice is produced such as coating, dusting, and ‘extrusion’.
• The last mentioned involves the production of fortified rice kernels (FRKs) from a mixture using an ‘extruder’ machine. It is considered to be the best technology for India.

Why is it necessary?

• There is high prevalence of malnutrition in India specially among the women and children.
• According to the Food Ministry, every second woman in the country is anaemic and every third child is stunted.
• Fortification of food is considered to be one of the most suitable methods to combat malnutrition.
• As rice is one of India’s staple foods, consumed by about two-thirds of the population, this would be the most efficient way to combat malnutrition.