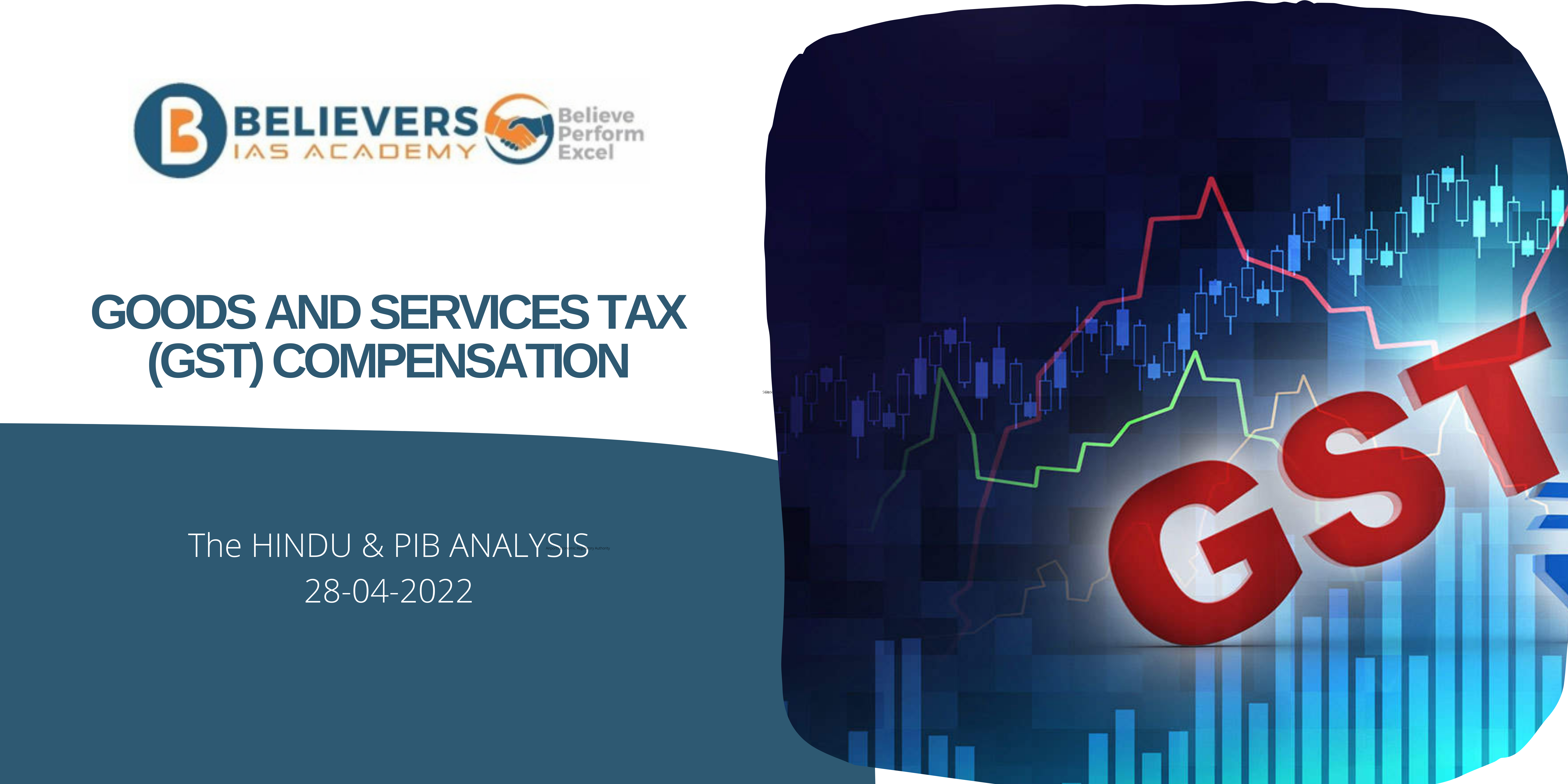 • The Centre is yet to remit ₹78,704 crore in outstanding Goods and Services Tax (GST) compensation dues to States, equivalent to four months of compensation under the indirect tax regime introduced in July 2017.

• The GST Compensation Act, 2017 guaranteed States that they would be compensated for any loss of revenue in the first five years of GST implementation, until 2022, using a cess levied on sin and luxury goods.
• From the amount collected in 2015-16, this Act estimated that each State’s GST revenue would grow at a rate of 14% per year, through all taxes absorbed by the GST.
• A state that collected less tax in any given year would be paid for the difference. The amount would be paid every two months based on preliminary accounts, and amended every year after the Comptroller and Auditor General audited the State’s books.

• GST was introduced through the 101st Constitution Amendment Act, 2016.
• It is one of the biggest indirect tax reforms in the country.
• It was introduced with the slogan of ‘One Nation One Tax’.
• The GST has subsumed indirect taxes like excise duty, Value Added Tax (VAT), service tax, luxury tax etc.
• It is essentially a consumption tax and is levied at the final consumption point.
• This has helped mitigate the double taxation, cascading effect of taxes, multiplicity of taxes, classification issues etc., and has led to a common national market.