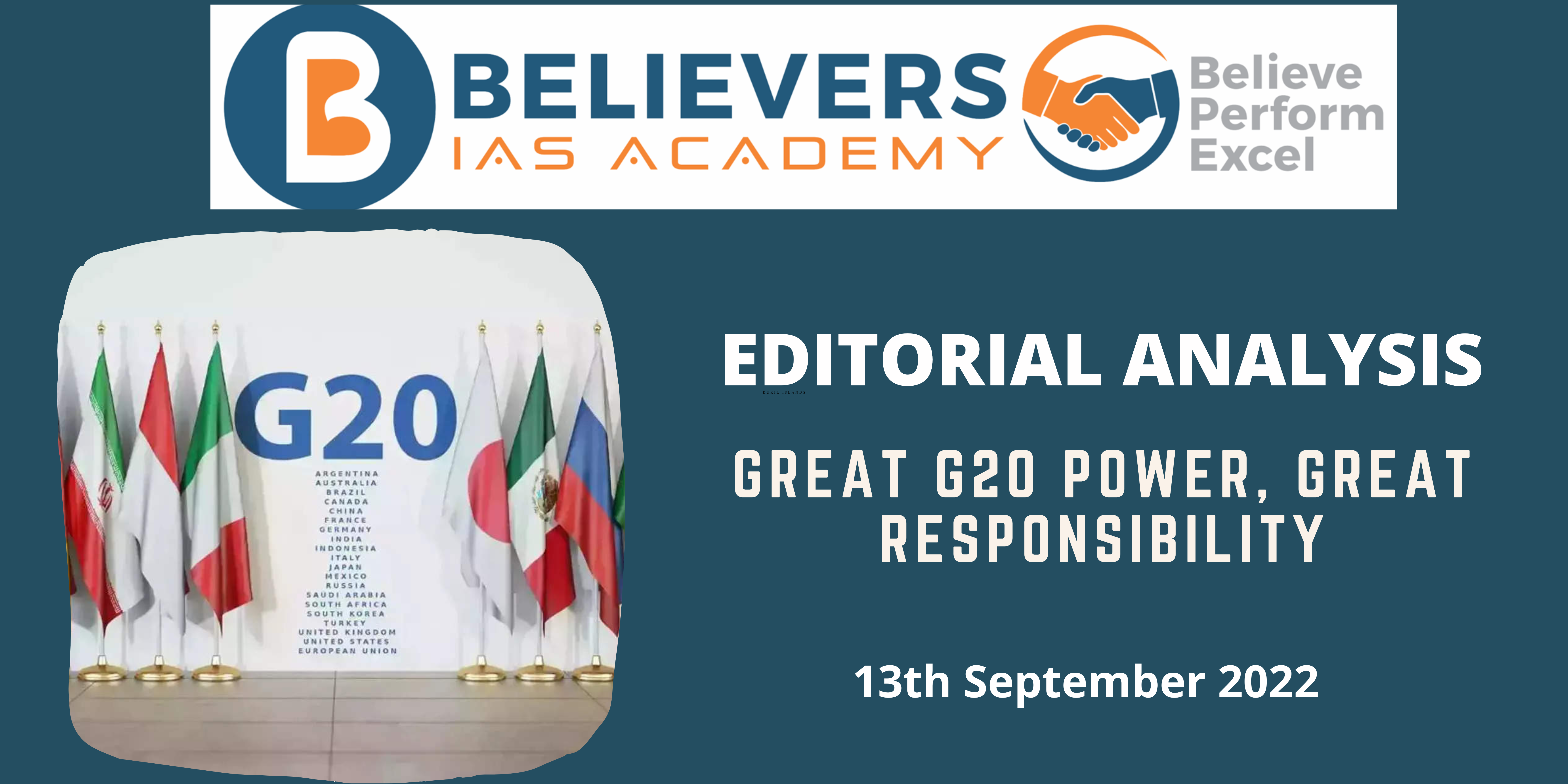 How can India utilize G 20 platform:

The significance of G20:

Suggestions on what to do?