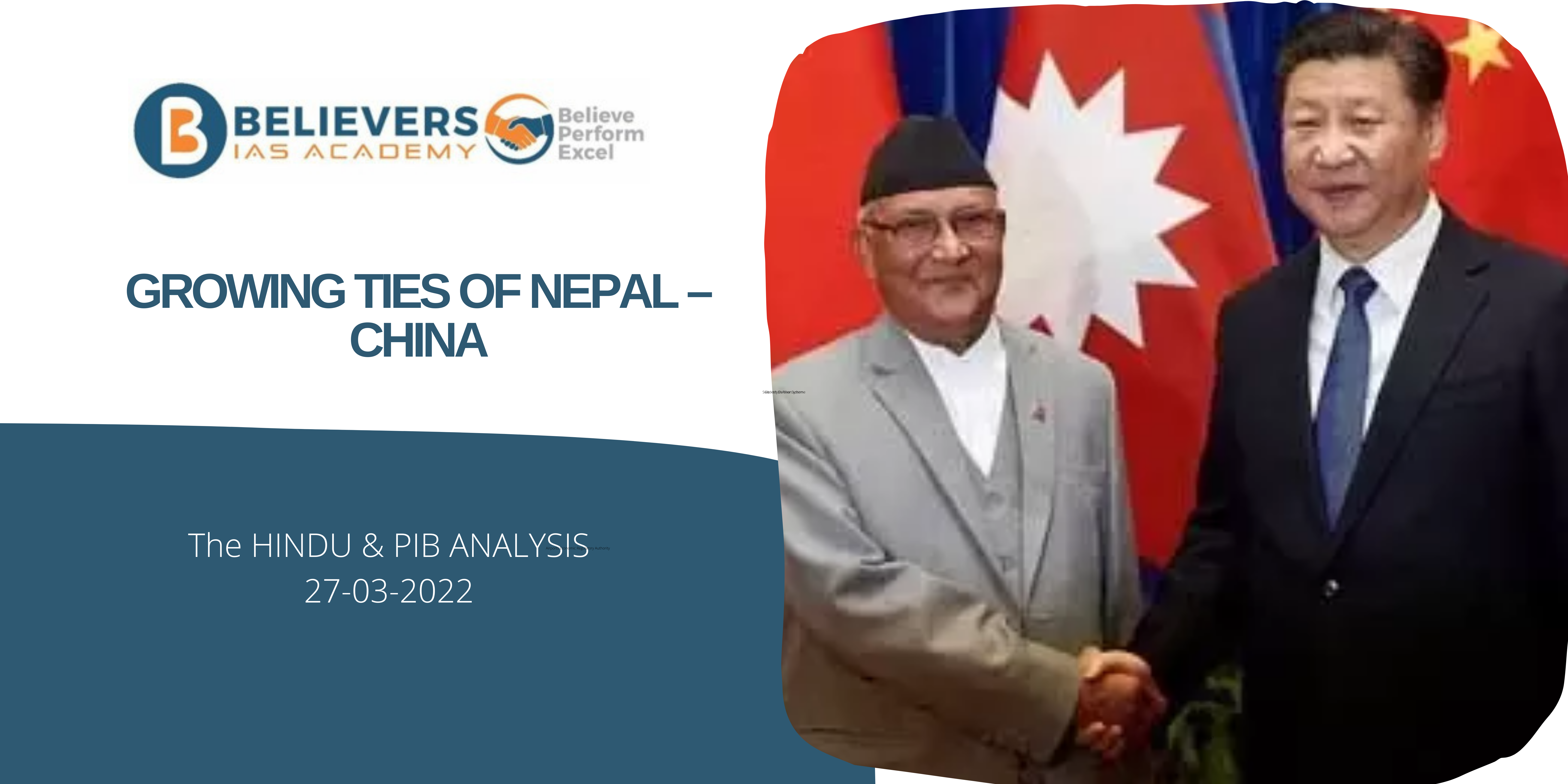 • Chinese Foreign Minister Wang Yi on Saturday held talks with Nepal’s top leadership here and discussed bilateral relations and mutual cooperation, as the two countries inked nine agreements, including one on the technical assistance scheme for the China-aided feasibility study of the cross-border railway.

• The relations between Nepal and the People’s Republic of China are age old and deep rooted. Nepal-China relations have always remained friendly and cordial.
• There are a number of bilateral mechanisms between Nepal and China. Nepal-China Joint Consultation Mechanism is one of them, which is led by the Foreign Secretary of Nepal and the Vice Minister of the Foreign Ministry of China.
• This forum is instrumental in discussing entire realm of bilateral relations.
• The 12th Meeting of Nepal-China Joint Consultation Mechanism was held in Beijing on 13 December 2018.
• During the meeting, there was comprehensive discussion on all important matters of bilateral relations and both sides reviewed the progress made in relation to previous agreements, understandings and commitments.
• Besides, there are other bilateral mechanisms, which include Nepal-China Inter-Governmental Economic and Trade Committee, Nepal-China Joint Committee on Agriculture Cooperation, Border Law Enforcement Cooperation, Border Customs Meeting, Joint Tourism Co-ordination Committee, Nepal-China’s Tibet Trade Facilitation Committee (NTTFC), Energy Cooperation Mechanism, Mechanism for Facilitation on the Implementation of China-Nepal Cooperation Programmes and Projects in Nepal etc.
India’s Concerns:
• Considering India’s huge land border with China, Nepal plays a crucial role.
• Even India and Nepal have historical ties since ages, the relationship is aptly called as Roti-Beti Ka Rishta due to familial ties.
• So, growing ties between Nepal and China will be a problem for India.