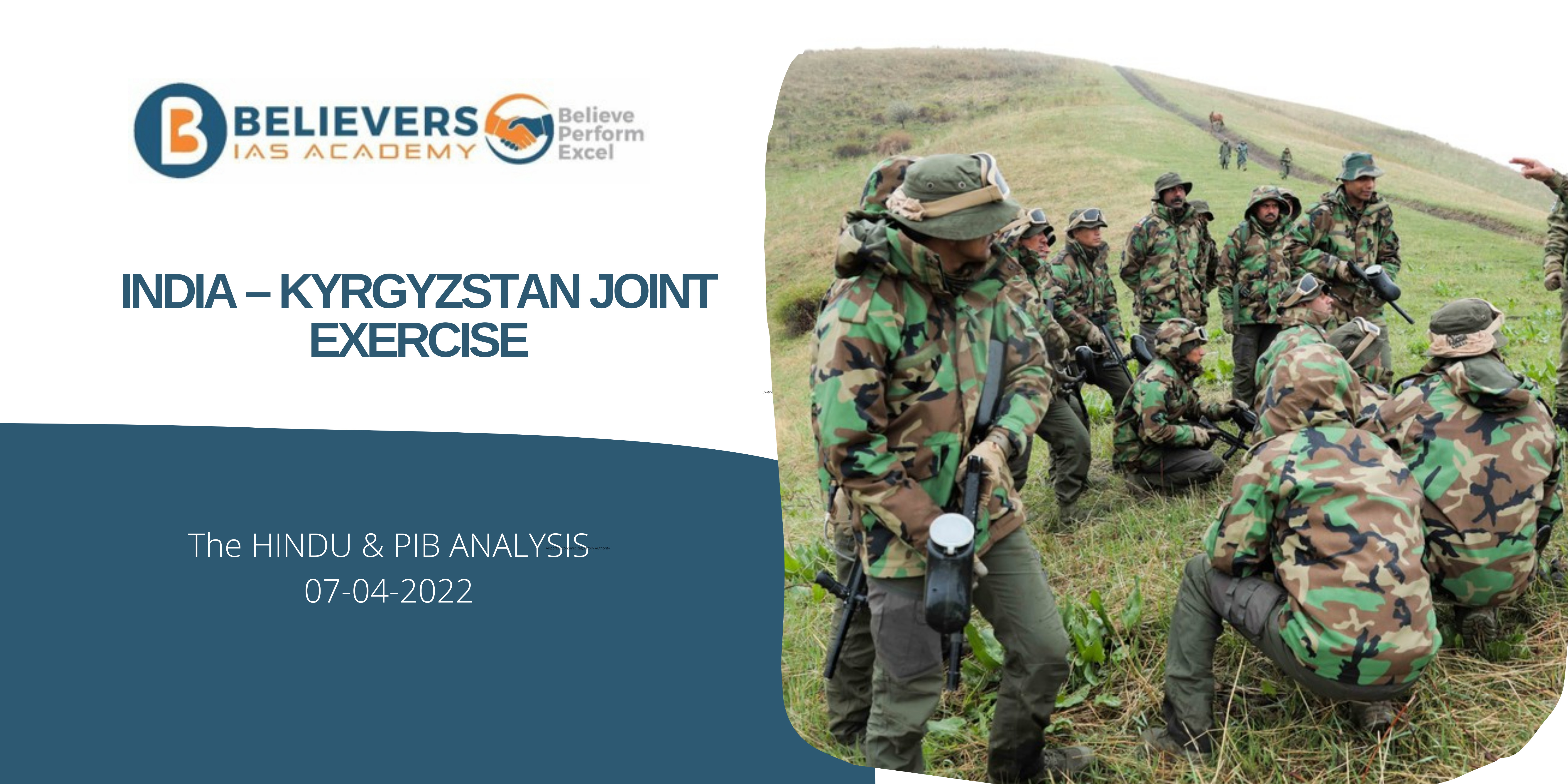 • Over the last two weeks, Special Forces contingents from India and Kyrgyzstan have shared their experience and best practises in terms of tactics, techniques, and procedures for countering present and emerging threats throughout the conflict spectrum.
• During the Exercise, combat shooting, sniping, mountain survival, hostage rescue drills, and unarmed warfare were all extensively performed.
• The collaborative training reinforced the existing link between India and Kyrgyzstan, which has grown over years of mutual respect for strategic autonomy, democratic ideals, and zero tolerance for terrorism.

Significance of Kyrgyzstan for India:

• Since 1991, when Kyrgyzstan became an independent republic, India and Kyrgyzstan have had significant bilateral connections.
• In 1992, India was one of the first countries to establish diplomatic relations with the newly established Kyrgyz Republic.
• Since the two nations established diplomatic ties in 1992, they have negotiated a number of framework agreements, including ones on culture, trade and economic cooperation, civil aviation, investment promotion and protection, double taxation avoidance, and consular conventions, among others.