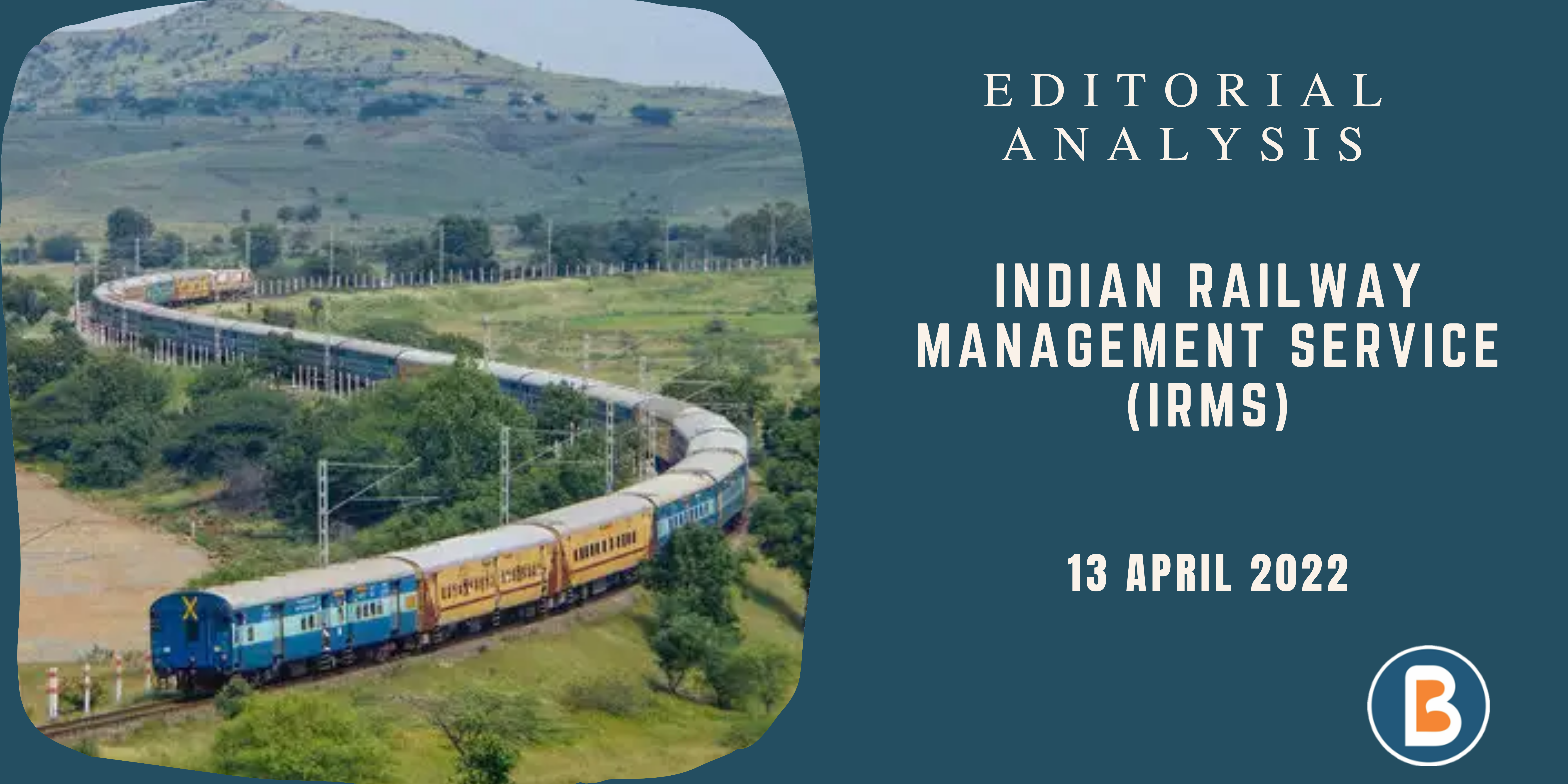 • A recent Gazette notification regarding the creation of the Indian Railway Management Service (IRMS) marks a paradigm shift in the management of one of the world’s largest rail networks.

• Maintaining operational safety and guaranteeing train timeliness necessitates a diverse range of abilities, ranging from engineering to coordinating. Continuous knowledge updating is required for the adoption of cutting-edge technologies and boosting the efficiency of logistical operations.
• A railway officer’s employment is not for individuals searching for a consistent work schedule.
• The most significant task ahead is to train future leaders of India’s public transportation system in the country’s fast growing logistics sector.
• The truth remains that, even when the IRMS is established, the Indian Railways’ 8,000 (now serving) officials would need to operate together rather than in silos, as they will continue working in the organisation for decades.

• The combination of services provides an opportunity to reform IRMS officer training to ensure that they are future-ready.
• Initial and mid-career training programmes may need to be redirected. The focus should be on building capacity for operations and business development, infrastructure development and maintenance, traction and rolling stock, and finance and human resource management.

• The design of IRMS training should be based on the competences required for various leadership roles.

• The Indian government’s Mission Karmayogi allows officials to be posted based on their skills. As a result, domain, function, and behavior-related competences for the IRMS will need to be mapped.