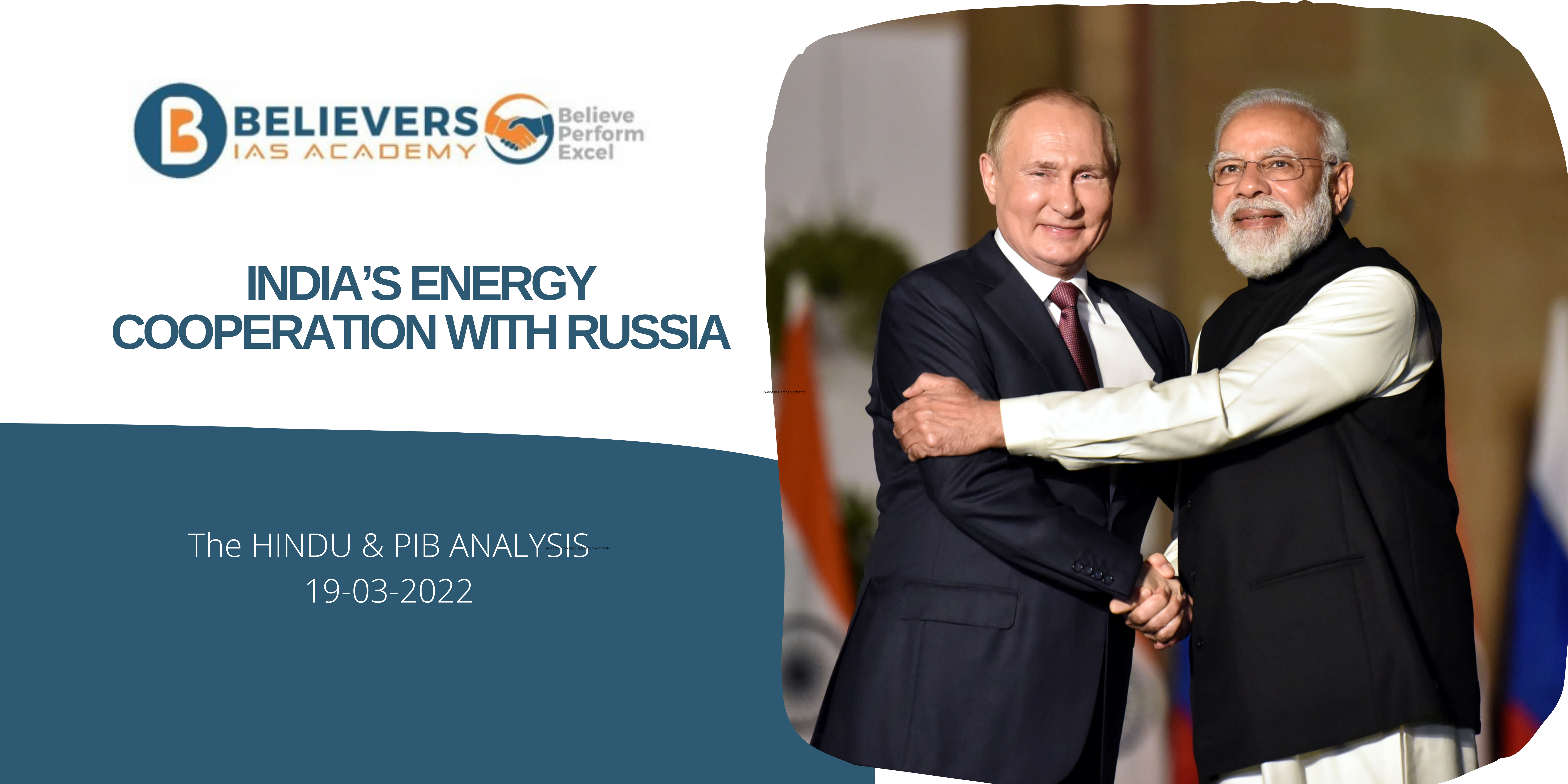 • Several big Western economies have continued to source Russian energy despite strong US sanctions against Moscow’s authorities, and India is poised to deepen its energy cooperation with Russia.
• An official confirmation in this regard came amid rumours that Hindustan Petroleum Corporation Ltd (HPCL) had purchased two million barrels of Russian crude oil after the Indian Oil Corporation (IOC), as Indian energy giants press ahead with attempts to obtain a portion of Russian energy supply.

• In this case, the Indian government has taken a pragmatic stance and is likely to move forward.
• The HPCL, like the IOC, has already purchased Russian Urals oil through European energy trader Vitol, according to sources familiar with the exchange. Mangalore Refinery and Petrochemicals Ltd (MRPL) has issued a tender seeking one million barrels of the same type of oil.
• The fact that many countries have been forced to avoid Russian oil and gas has prompted India to place orders for Russian crude oil.
• This has provided a chance for some of the world’s largest energy consumers, such as India, to obtain Russian crude at a reduced price from the market.
• Indian refiners are putting out tenders to buy such inexpensive oil in order to take advantage of the chance.
• Traders who have stored stockpiles of the lower-cost Russian oil typically win the tenders.

• However, companies that are deeply engaged with the U.S. economy may not be able to purchase Russian crude.
• This is evident in the case of Reliance Industries Ltd, operator of the world’s biggest refining complex, which may avoid purchase of Russian energy as it has a huge exposure in the U.S. and the sanctions against Russia may hurt its business.