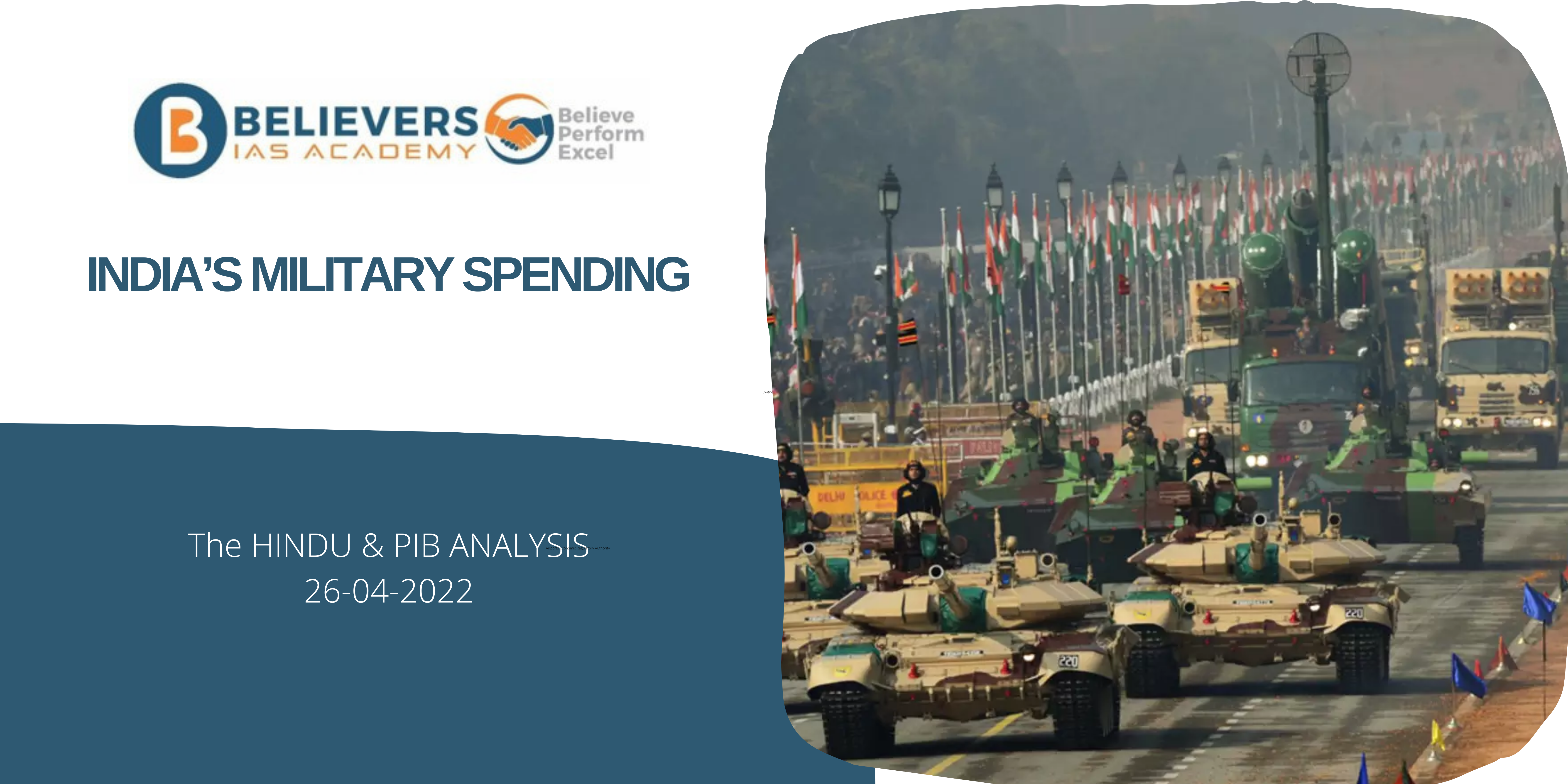 • World military spending continued to grow in 2021, reaching a record $2.1 trillion despite the economic fallout of the pandemic, according to new data on global military spending published by the Stockholm International Peace Research Institute (SIPRI). What does the report say?

• The United States, China, India, the United Kingdom, and Russia were the top five spenders in 2021, accounting for 62 percent of total spending. The United States and China accounted for 52 percent of the total.
• India’s military spending was the third largest in the world, at $76.6 billion. This was an increase of 0.9 percent from 2020 and 33% from 2012.
• Amid ongoing tensions and border disputes with China and Pakistan that occasionally spill over into armed clashes, India has prioritised the modernisation of its armed forces and self-reliance in arms production.
• The research stated that military spending in Asia and Oceania totaled $586 billion in 2021, up 3.5 percent from 2020 and maintaining an upward trend that began in 1989.
• The increase in 2021 was mostly due to increased military spending in China and India. In 2021, the two countries accounted for 63 percent of the region’s overall military spending.
• Russia’s military spending climbed by 2.9 percent to $65.9 billion in 2021, according to the report, at a period when it was bolstering up its soldiers near the Ukrainian border.
• Ukraine’s military spending has increased by 72 percent since the takeover of Crimea in 2014, according to the study, as it has strengthened its defences against Russia.