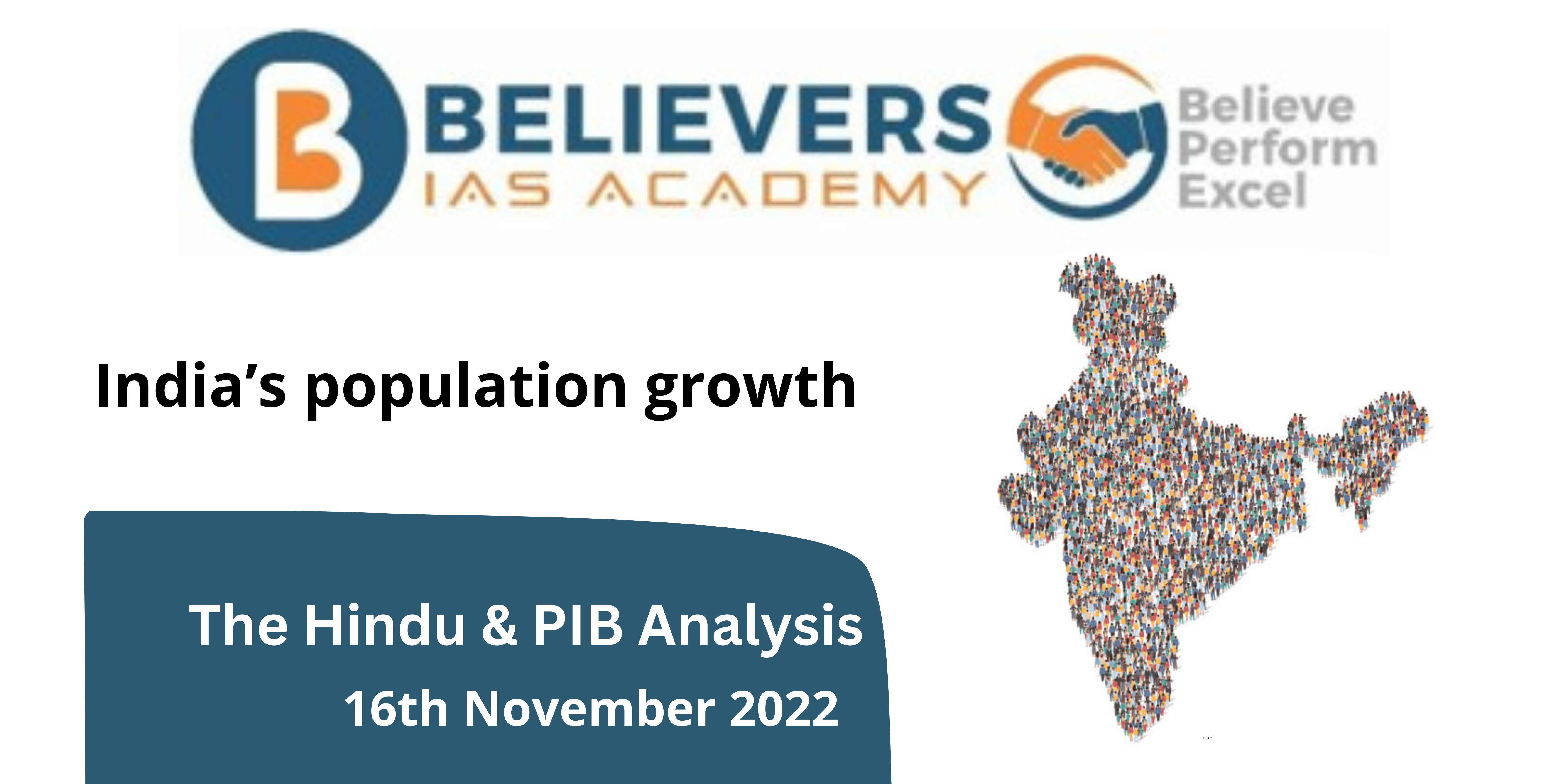 States with highest TFR are:

States with lowest TFR are:

The causes for declining TFR:

The main reasons for the decline in fertility include:

Source “India’s population growth is stabilising, it is an indicator of effective health policies, says UN“