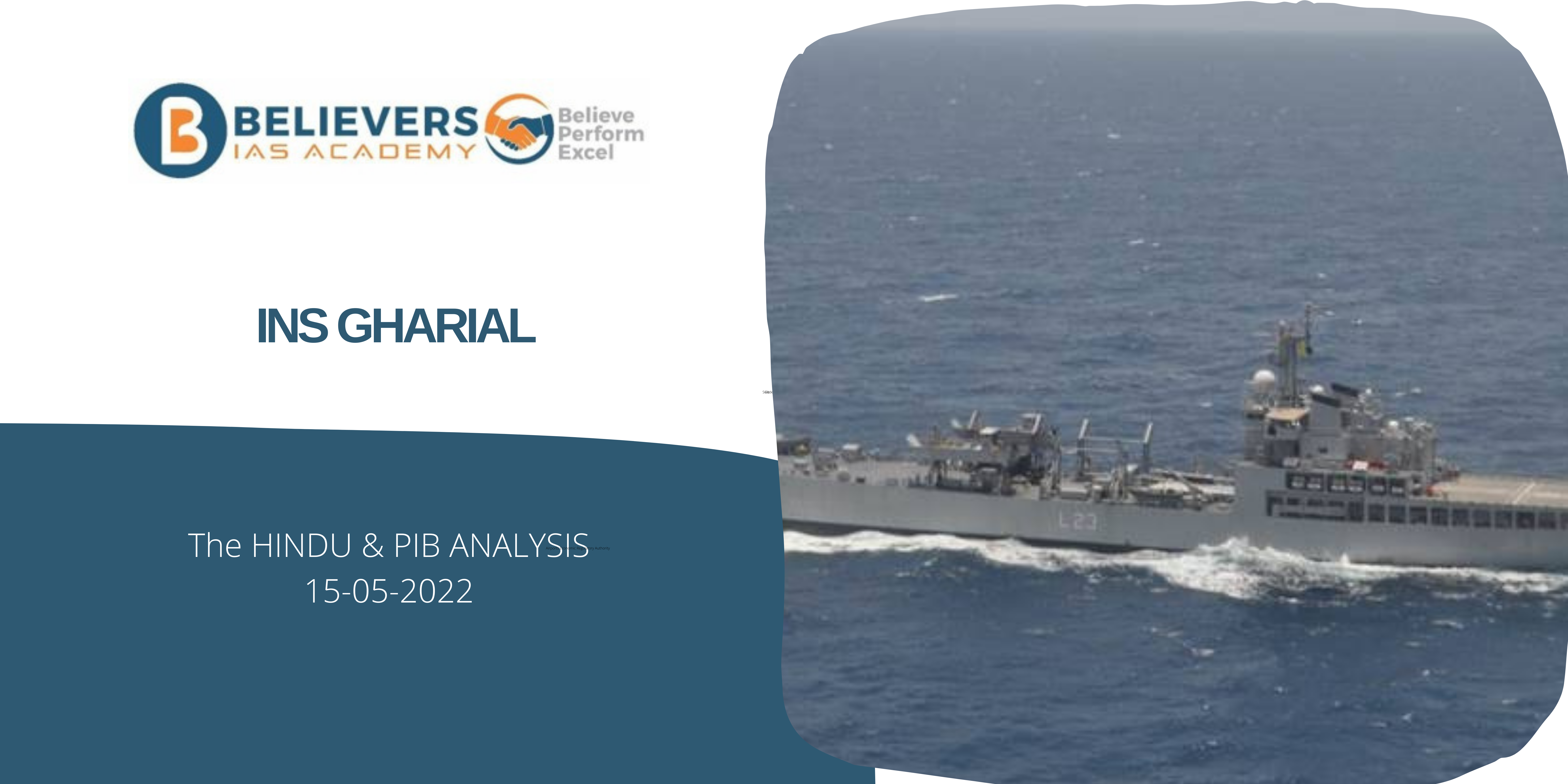 • As part of ongoing deployment of Indian Naval Ship Gharial in South West Indian Ocean, under Mission SAGAR IX, the Ship called at Port Victoria, Seychelles from 11 to 14 May 22.

• INS Gharial is a Magar-class amphibious warfare vessel of the Indian Navy. • SAGAR which stands for Security and Growth for All in the Region, is India’s maritime cooperation policy or ideology in the Indian Ocean region.
• SAGAR aims to set India apart from other regionally active big powers’ leadership styles and to reassure littoral governments as India’s maritime influence rises.
• SAGAR’s vision of India is “consultative, democratic, and egalitarian.” • Through this programme, India can benefit from the Blue Economy.
• A blue economy offers a way to address the country’s socioeconomic difficulties. Furthermore, connectivity with its neighbours can be improved.
• Regional issues like disasters and piracy can be addressed.
• Through the implementation of the SAGAR initiative, a more integrated approach and cooperative future will be conceivable.
• China has been pushing its influence in the Indian Ocean region through the 21st Century Maritime Silk Route.
• This is a double-edged blade because the String of Pearls strategy has both commercial and military ramifications. With this in mind, the SAGAR vision is critical in combating such problems.