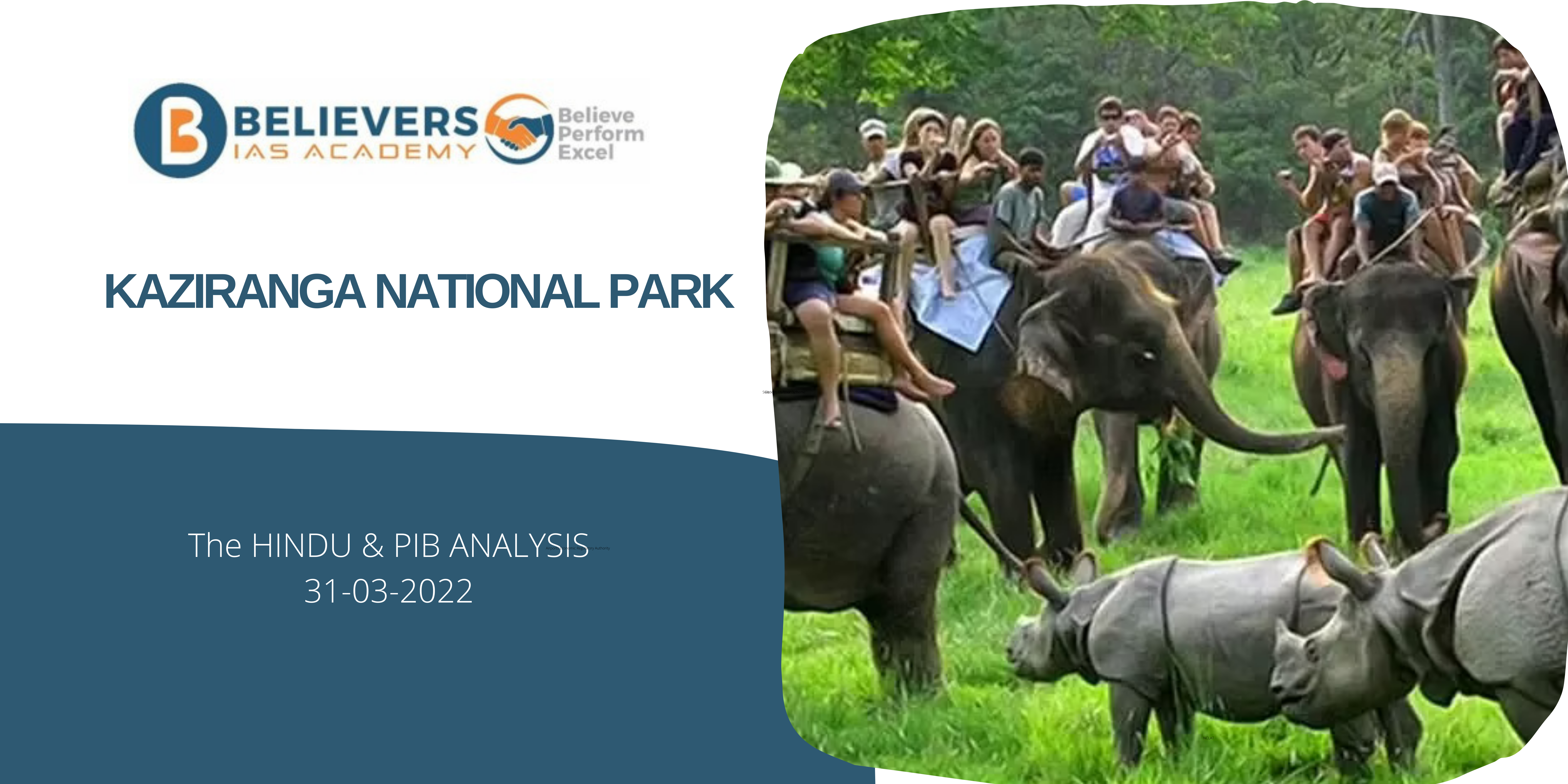 • The population of the greater one-horned or Indian rhinoceros in the Kaziranga National Park and Tiger Reserve has increased by 200 in four years, the latest census of the World Heritage Site’s flagship animal has revealed.

• Kaziranga National Park lies along the river Brahmaputra on the North and the Karbi Anglong hills on the South.
• It is home to around 2600 Indian one-horned rhinoceros, approximately 2/3rd of their total world population.
• Along with the iconic Greater one-horned rhinoceros, the park is the breeding ground of elephants, wild water buffalo, and swamp deer.
• Over the time, the tiger population has also increased in Kaziranga, and that’s the reason why Kaziranga was declared as Tiger Reserve in 2006.
• Also, the park is recognized as an Important Bird Area by Bird Life International for the conservation of avifaunal species.
• Birds like lesser white-fronted goose, ferruginous duck, Baer’s pochard duck and lesser adjutant, greater adjutant, black-necked stork, and Asian Openbill stork specially migrate from the Central Asia during the winter season.

• The forest region of Kaziranga Park is home to world’s largest population of Indian Rhinoceros.
• Other animals that can be seen in the elephant grass, marshland and dense tropical moist broadleaf forests of Kaziranga are Hoolock Gibbon, Tiger, Leopard, Indian Elephant, Sloth Bear, Wild water buffalo, swamp deer, etc. With increase in tiger population every year, the government authorities declared Kaziranga as a Tiger Reserve in the year 2006.
• Also, here one can find good number of migratory bird species from Central Asia.