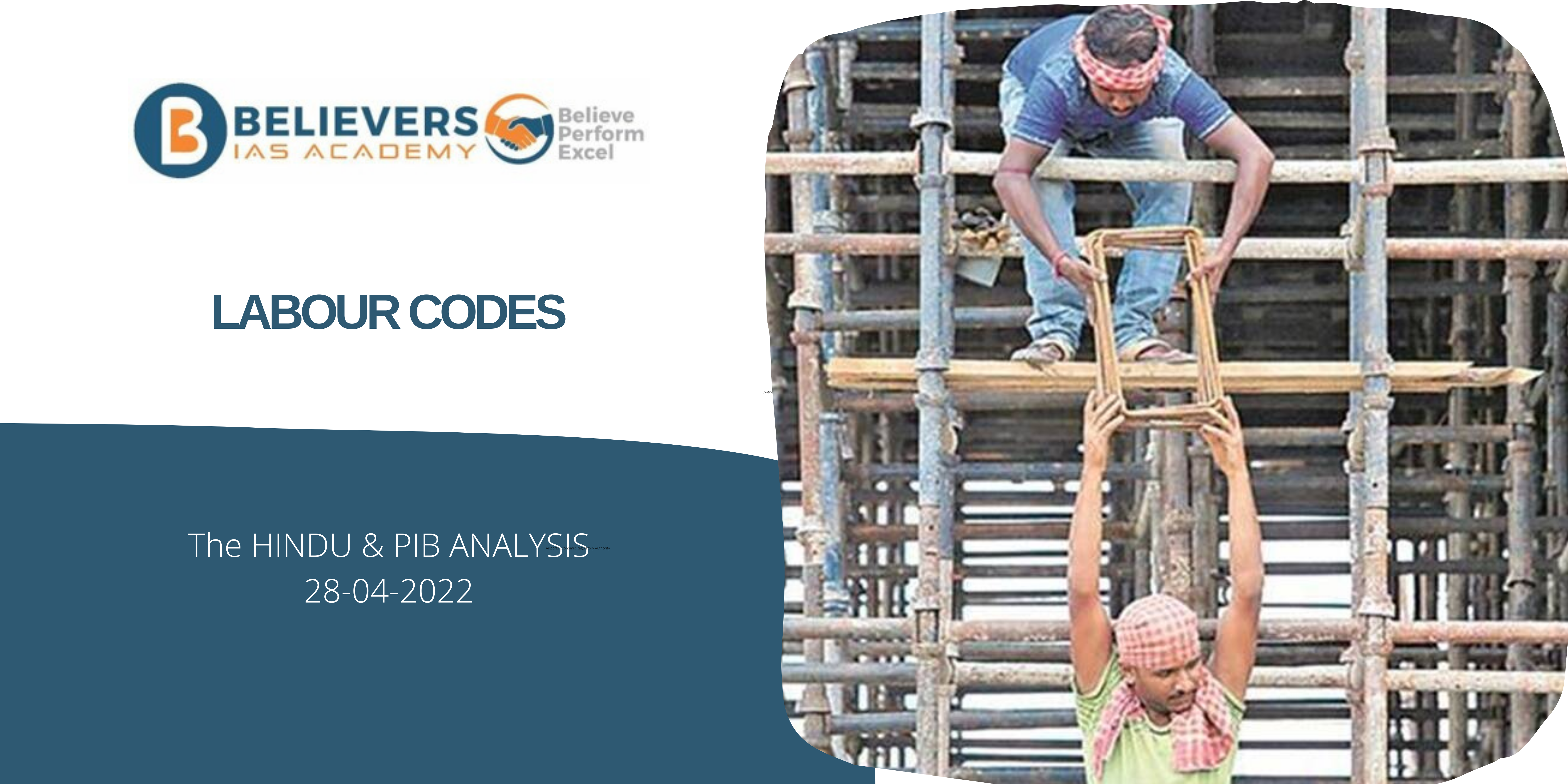 • Union Labour & Employment Minister has states that the labour codes which were passed in the parliament would be implemented soon. What is the intention behind the labour laws?

• The new labour codes are intended to make it easier to do business in the country by replacing 29 cumbersome legislation.
• The goal is to include approximately 500 million people in the organised and unorganised sectors, accounting for 90% of the workforce that has previously been unprotected by labour laws.
• The objective is to make inter-state migrant workers’ life simpler by providing pay security, social security, and health security, as well as gender equality in terms of remuneration and a minimal floor wage.

• The four labour codes — the Code on Wages, Industrial Relations Code, Social Security Code and the Occupational Safety, Health and Working Conditions Code
• Since labour is a concurrent subject, both the Centre and states have to frame the rules.

1. The Code on Wages – subsumes the provisions of four laws — Payment of Wages Act, the Minimum Wages Act, the Payment of Bonus Act, 1965 and the Equal Remuneration Act.
2. The Code on Social Security subsumes nine laws and empowers the Centre to notify various social security schemes like the EPF, EPS and ESI
3. The Code on Industrial Relations amalgamates three existing laws and expands the definition of worker to include persons employed in a skilled or unskilled, manual, technical, operational and clerical capacity.