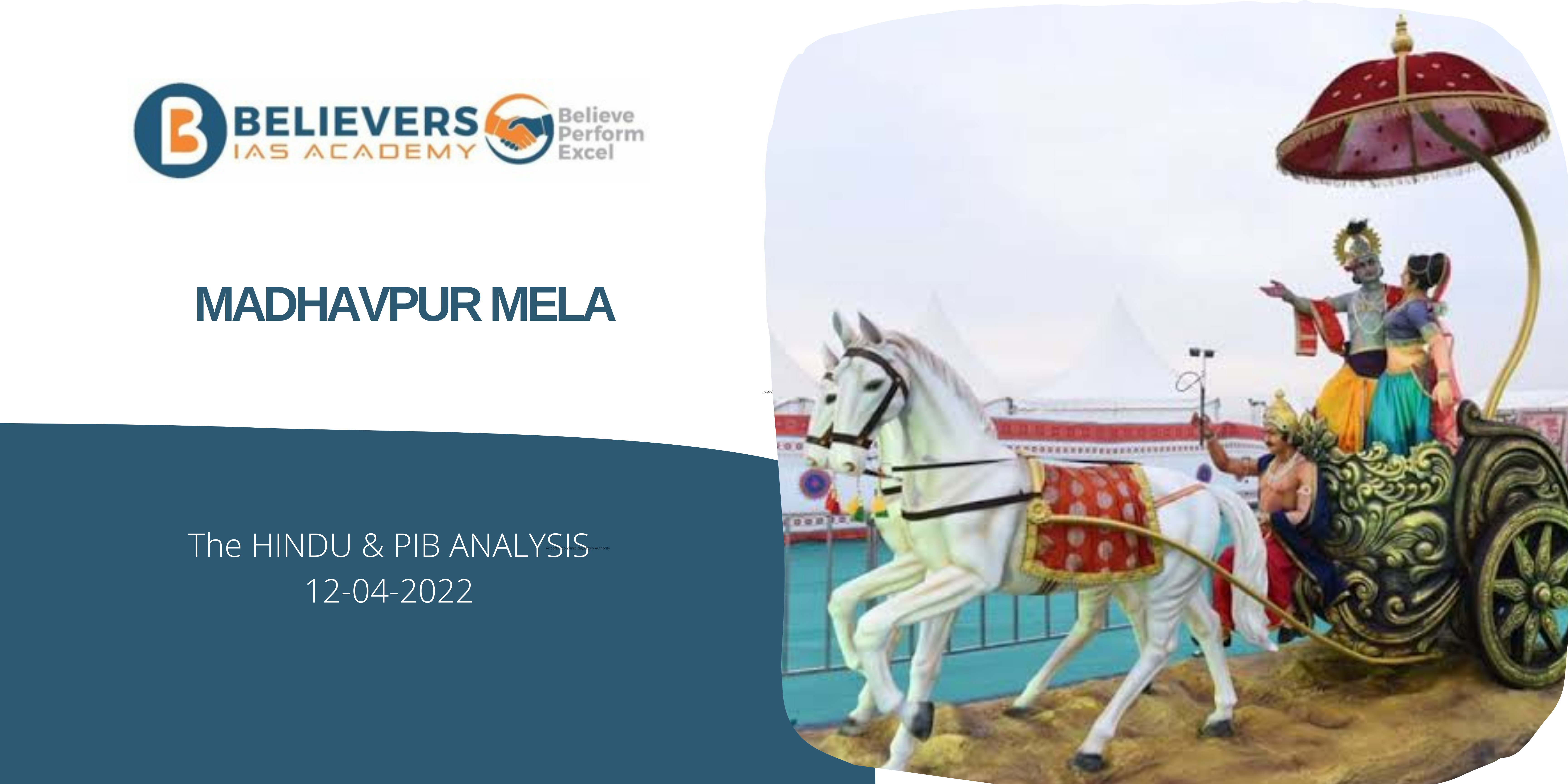 • The fair is held in the coastal village of Madhavpur, around 60 kms south of Porbandar, and celebrates the marriage of Hindu deity Lord Krishna with Rukmini.
• It is believed that Rukmini, princess from the present-day Arunachal Pradesh, wanted to marry Lord Krishna though her brother wanted to marry her off to Shishupal.
• Therefore, Lord Krishna, who ran his kingdom from Dwarka in the present-day Gujarat, abducted Rukmini and the couple tied the knot at a marriage ceremony organised in Madhavpur village.
• Madhavpur Mela begins on Ram Navami, the day marking the birth of Lord Rama as per the Hindu lunar calendar.
• Various rituals of the marriage go till Trayodashi, or the 13th day of the month of Chaitra in the Hindu calendar.

What is the significance?

• It has been observed that fairs and festivals have bonded the people of India for ages and that Madhavpur Mela also integrates Gujarat to the Northeast of India.