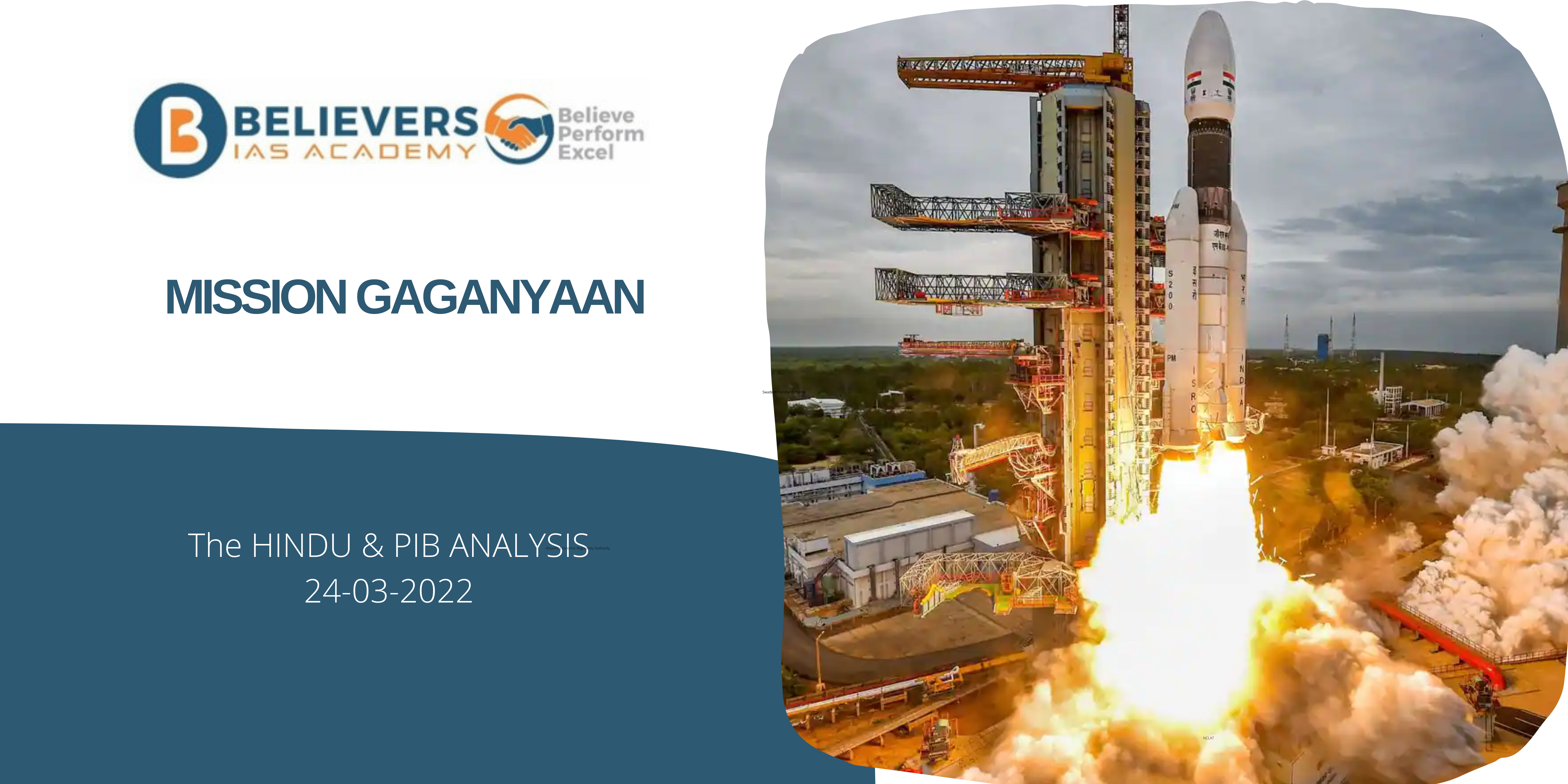 • The information about MISSION GAGANYAAN was given by Minister of State in the Ministry of Personnel, Public Grievance & Pensions and in the Prime Minister’s Office, Dr. Jitendra singh in a written reply in Lok Sabha

• The Gaganyaan Programme envisages undertaking the demonstration of human spaceflight to Low Earth Orbit (LEO) in the short-term and will lay the foundation for a sustained Indian human space exploration programme in the long run.
• The objective of Gaganyaan programme is to demonstrate indigenous capability to undertake human space flight mission to LEO.
• As part of this programme, two unmanned missions and one manned mission are approved by Government of India (GoI).

• Progress towards a sustained and affordable human and robotic programme to explore the solar system and beyond.
• Advanced technology capability for undertaking human space exploration, sample return missions and scientific exploration.
• Future capability to actively collaborate in global space station development & to carry out scientific experiments of interest to the nation.