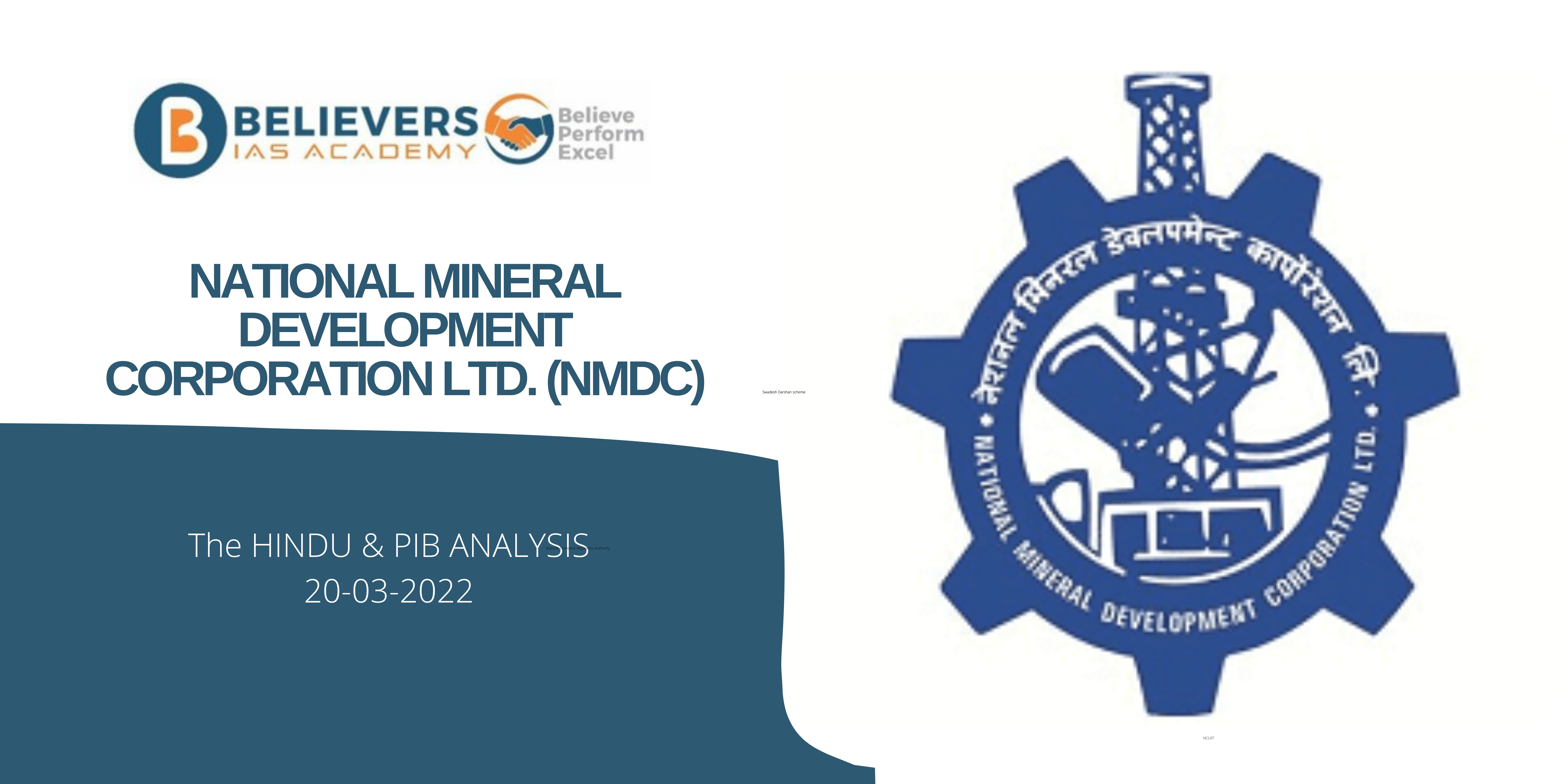 • Incorporated in 1958 as a Government of India public enterprise, NMDC is India’s largest producer of iron ore.
• Since inception, the corporation under the administrative control of the Ministry of Steel, has been involved in the exploration of a wide range of minerals including copper, rock phosphate, limestone, magnesite, diamond, tungsten and beach sands amongst others in some of the most remote corners of the country.
• It owns and operates highly mechanized iron ore mines in Chhattisgarh and Karnataka and has its registered office at Hyderabad, Telangana.
• NMDC is considered to be one of the low-cost producers of iron ore in the world.
• It also operates the only mechanized diamond mine in India at Panna, Madhya Pradesh.
• All of NMDC mining complexes have been rated 5 Star by Indian Bureau of Mines, Ministry of Mines which is a testimony to its scientific and sustainable mining practices.
• NMDC has its own R&D Centre at Hyderabad which is recognized as a Centre of Excellence by UNIDO.
• All the NMDC mines and R&D Centre have ISO & EMS accreditations.
• The Company is producing about 40 MTPA of iron ore from its major iron producing units i.e. from Bailadila Sector in Chhattisgarh and Donimalai in Bellary-Hospet region in Karnataka.
• NMDC envisages to have an iron ore production capacity of 100 MT by FY30.