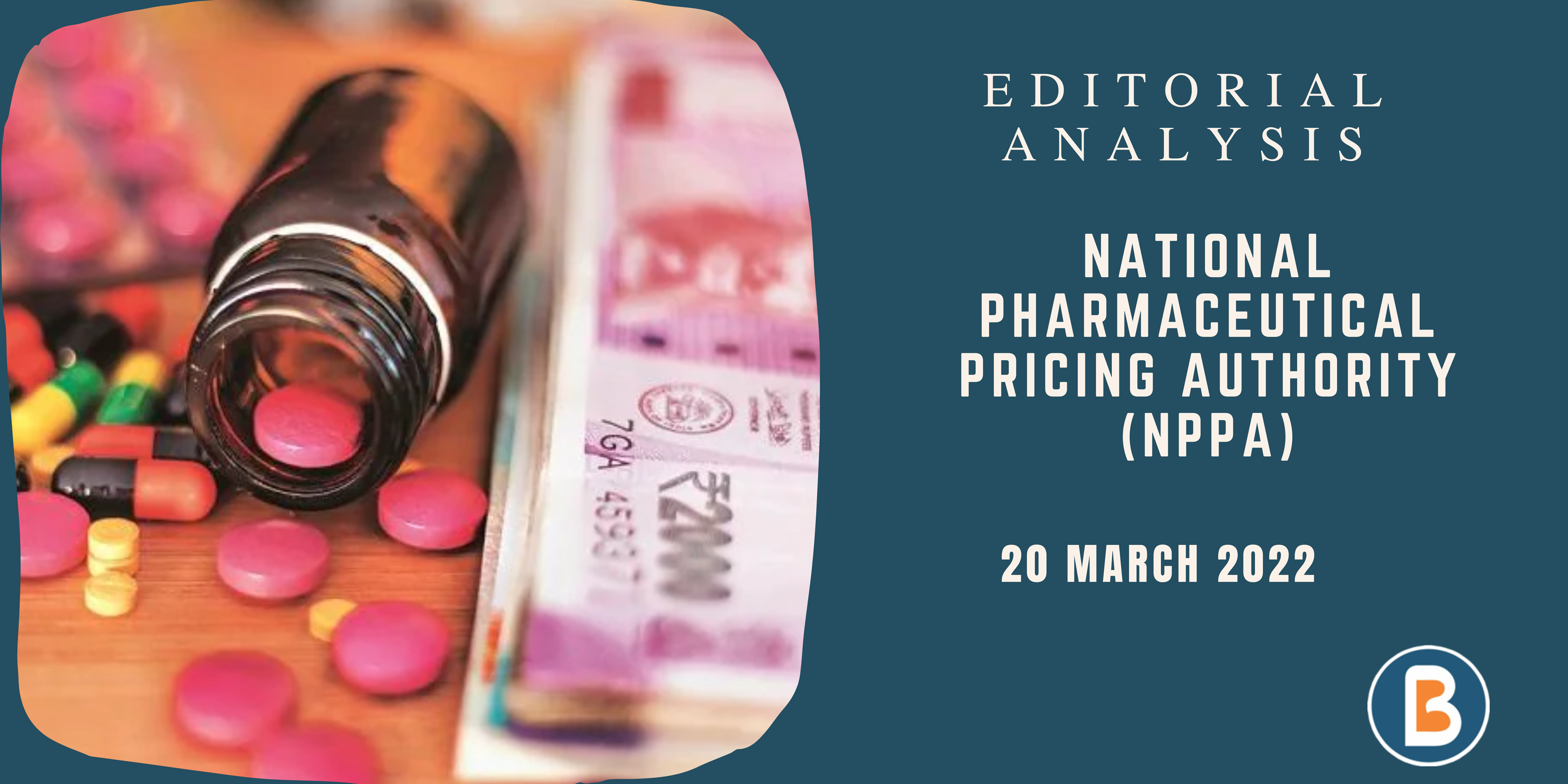 • Consumers may have to pay more for medicines and medical devices if the National Pharmaceutical Pricing Authority (NPPA) allows a price hike of over 10% in the drugs and devices listed under the National List of Essential Medicines (NLEM), this coming month.
• The escalation which is expected to have an impact on nearly 800 drugs and devices is propelled by the rise in the Wholesale Price Index (WPI).

• National Pharmaceutical Pricing Authority (NPPA) was constituted by Government of India Resolution dated 29th August, 1997 as an attached office of the Department of Pharmaceuticals (DoP), Ministry of Chemicals & Fertilizers as an independent Regulator for pricing of drugs and to ensure availability and accessibility of medicines at affordable prices.
• Essential medicines are those that satisfy the priority healthcare needs of majority of the population.
• The essential medicines list needs to be country specific addressing the disease burden of the nation and the commonly used medicines at primary, secondary and tertiary healthcare levels.
• The medicines in National List of Essential Medicines (NLEM) should be available at affordable costs and with assured quality.
• The medicines used in the various national health programmes, emerging and reemerging infections should be addressed in the list.
• The Government of India, Ministry of Health & Family Welfare (MOHFW) is mandated to ensure the quality healthcare system by assuring availability of safe and efficacious medicines for its population.

• Prices of Scheduled Drugs are allowed an increase each year by the drug regulator in line with the WPI and the annual change is controlled and rarely crosses 5%. But the pharmaceutical players pointed out that over the past few years, input costs have flared up.
• The hike has been a long-standing demand by the pharma industry lobby. All medicines under the NLEM are under price regulation.
• As per the Drugs (Prices) Control Order 2013, scheduled drugs, about 15% of the pharma market, are allowed an increase by the government as per the WPI while the rest 85% are allowed an automatic increase of 10% every year.
• The pharma lobby is now asking for at least a 10% increase for scheduled drugs too than going by the WPI.
• The ceiling price fixed/revised by the NPPA is notified in the Gazette of India (Extraordinary) from time to time.
• The NPPA is also mandated to collect/maintain data on production, exports and imports, market share of individual companies, profitability of companies etc., for bulk drugs and formulations and undertake and/ or sponsor relevant studies in respect of pricing of drugs/ pharmaceuticals.
• Prices are revised when there is a rise in the price of bulk drugs, raw materials, cost of transport, freight rates, utilities like fuel, power, diesel, and changes in taxes and duties.
• The cost rises for imported medicines with escalation in insurance and freight prices, and depreciation of the rupee.
• The annual hike in the prices of drugs listed in the NLEM is based on the WPI