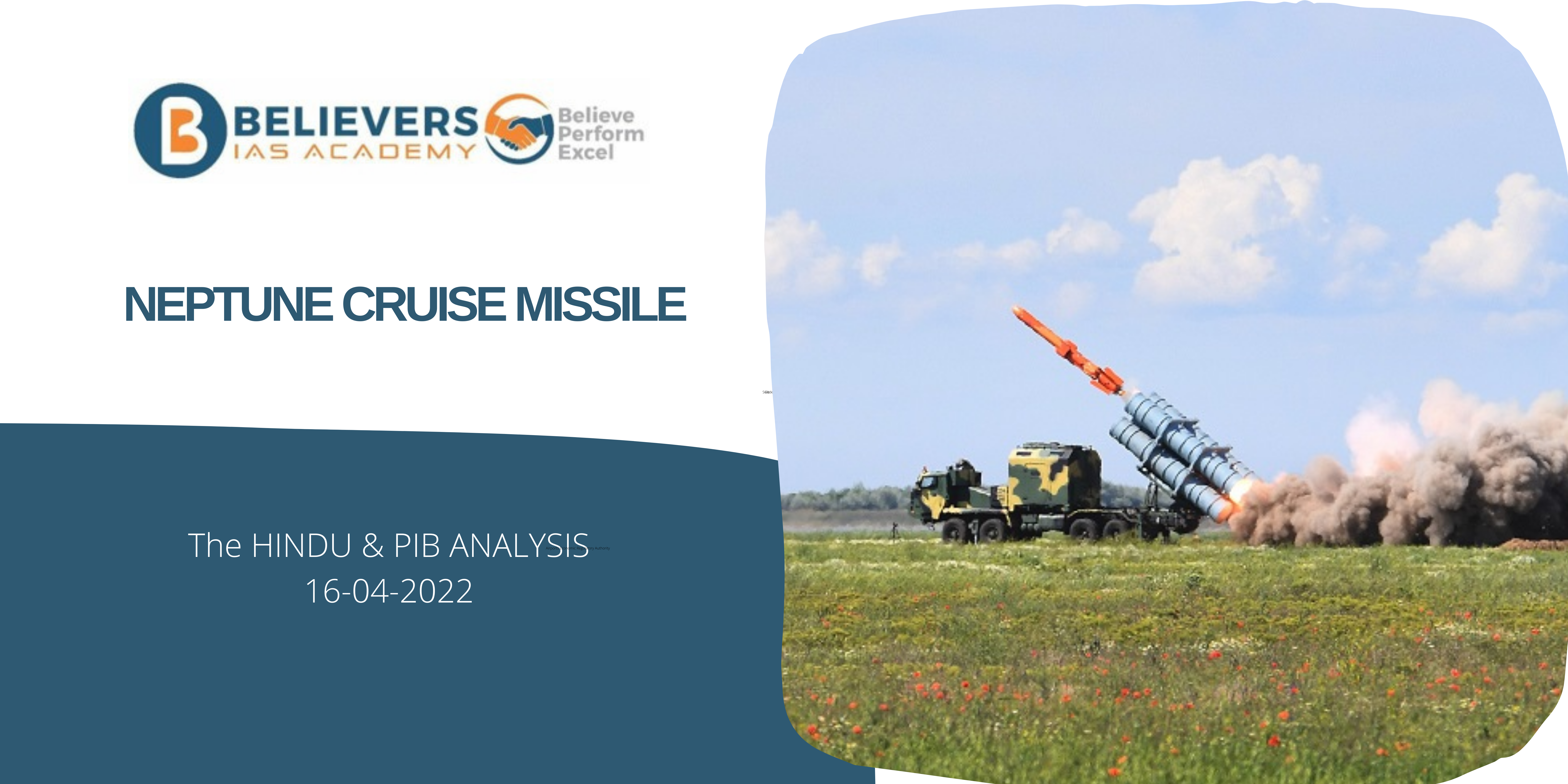 • Neptune Cruise Missile This missile is modelled by the Soviet Kh-35 anti-ship missile. It has enhanced electronics and range over the Kh-35.

• The first flight samples of this cruise missile were produced in the second quarter of 2016.
• Other Ukrainian companies involved in the development of advanced missile systems include Kharkiv State Aircraft Manufacturing Company, Artem Luch GAhK, Pivdenne YuMZ PivdenMash, Motor Sich (MS-400 turbofan engine), Vyshneve ZhMZ Vizar Kyiv, Radionics (seeker), Lviv LORTA and other radar electronics, Arsenal SDP SE (navigation system), and others.
• A USPU-360 truck-based mobile launcher, a TZM-360 transport vehicle, four missiles, an RCP-360 control and command vehicle, and a special cargo vehicle make up this missile system.
• The missile’s total length, including the rocket motor, is 5.05 metres. It also has a stiff wing that is formed like a cross.
• The missiles have been designed to fit into transport and launch containers with dimensions of 5.30 by 0.60 by 0.60 metres.
• This missile system’s maximum range is roughly 300 kilometres. A single missile weights 870 kilogrammes, with a warhead that weighs 150 kilos.
• The first test of this missile system took place in March 2016.
• The Neptune missiles were tested alongside the Vilkha missiles in mid-2017.