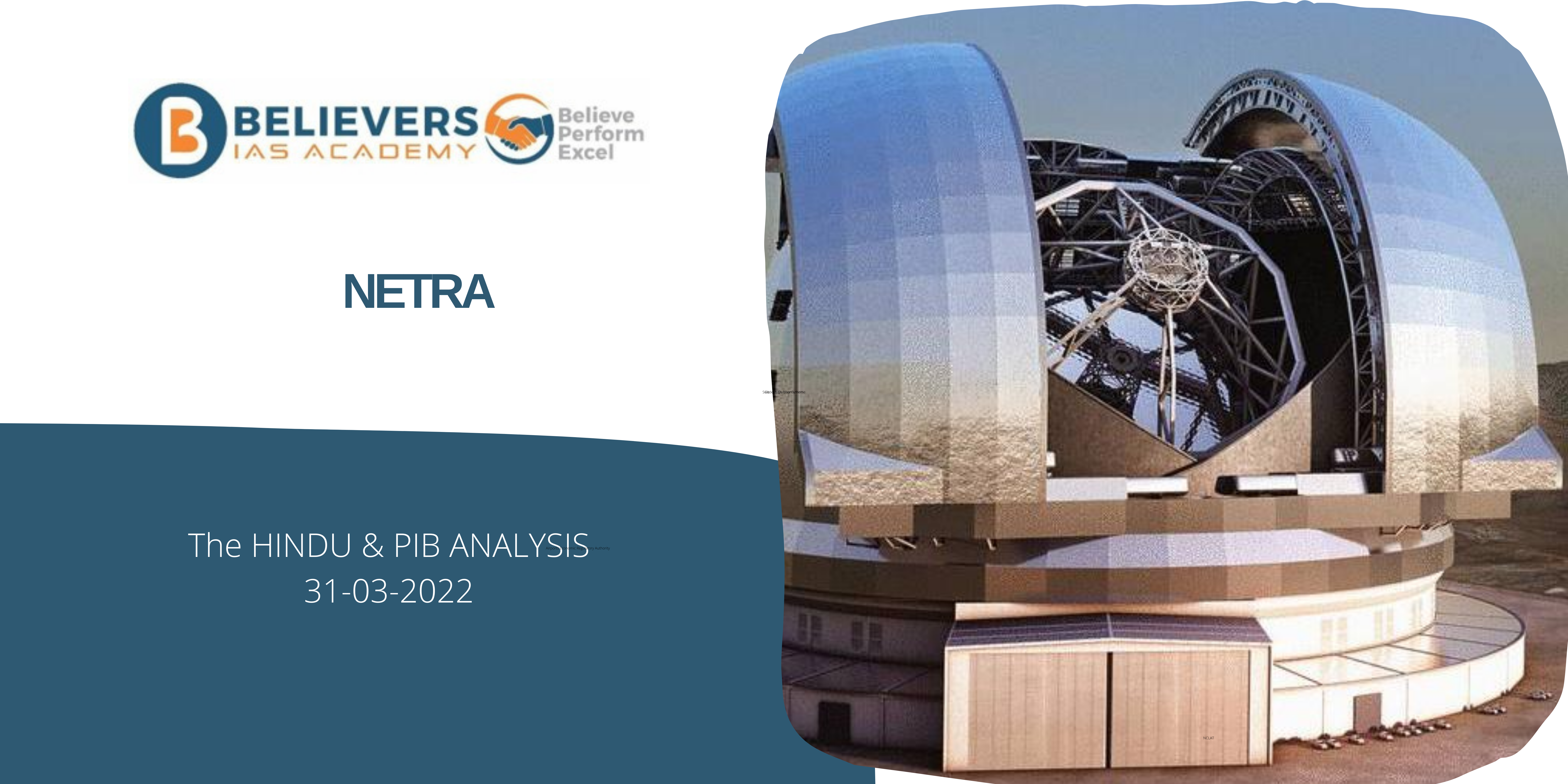 ISRO is planning to set up a mechanism in order to tackle the space debris which has posed a challenge to Indian assets in the space.

About the project NETRA:

Under this project network for Space object tracking and analysis, ISRO is planning to bring in optical telescopes and Radar systems to track the orbital debris.
One of the major achievements is that this project is being done indigenously, the radar system will have a capacity of up to 1500 km, and can detect objects about 10 cm in size.
It has been really challenging for ISRO to protect its space assets, an example for this is that in 2021 ISRO had to perform collision avoidance manoeuvres, 14 in the low Earth orbit and five in the Geo stationary orbit.

The space debris For the junk Consist of spent rocket stages, did satellites, fragments of other space assets and the debris of antisatellite tests.
These objects which move at around 27,000 km/h in the low Earth orbit pose a serious challenge in order to protect the space assets and the satellites.
ISRO’s space situational awareness has its control centre in Bengaluru which coordinates with it.