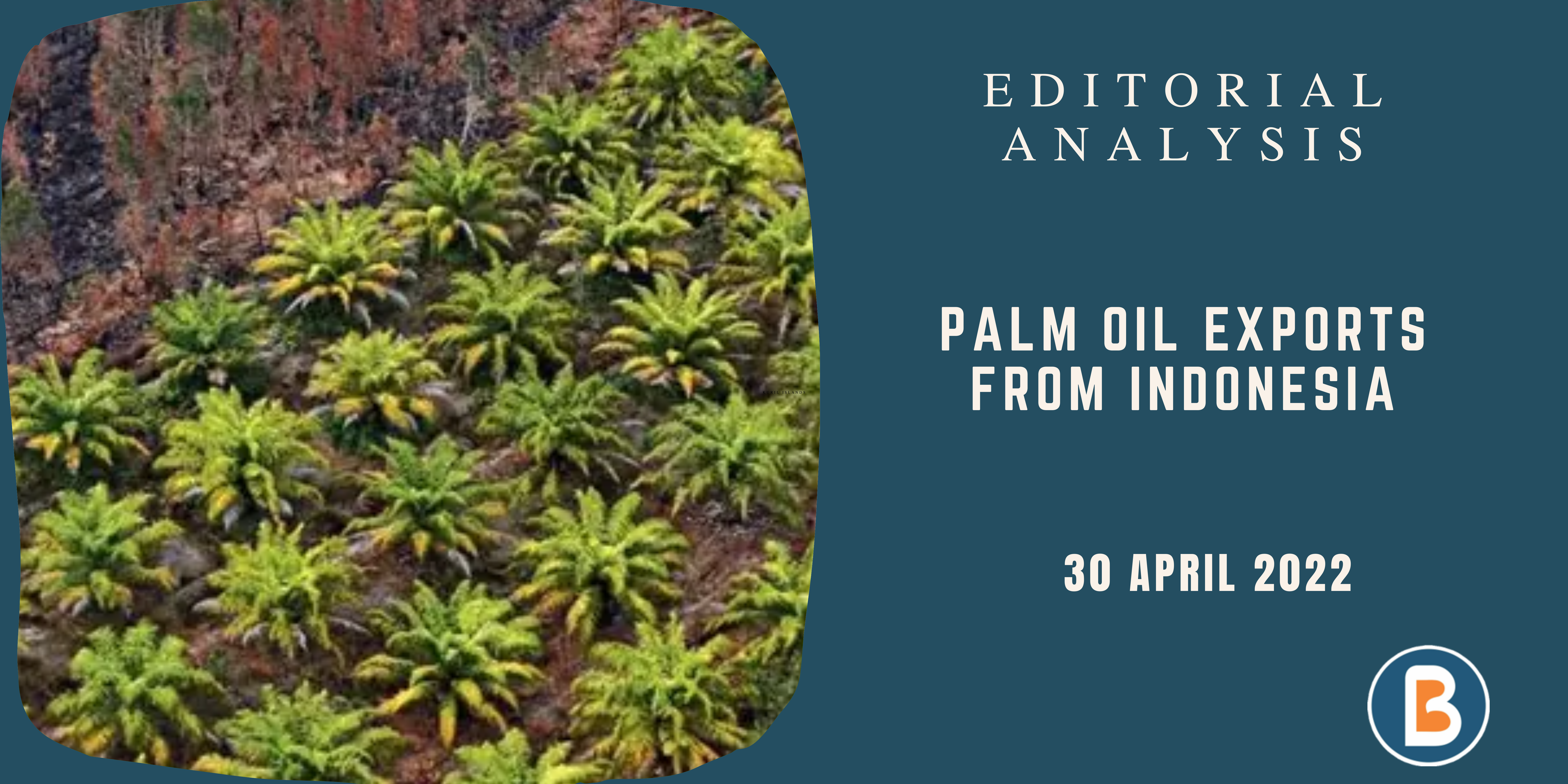 • Indonesia, the world’s biggest producer of palm oil, would be banning all exports of the commodity to reduce domestic shortages of cooking oil and bring down its skyrocketing prices. • According to the United States Department of Agriculture, palm oil is the world’s most frequently used vegetable oil, with worldwide production topping 73 million tonnes (MT) in crop year 2020. (USDA).
• The current year’s output is expected to be 77 MT. It is derived from the African oil palm and is used as a cooking oil as well as in cosmetics, processed foods, and cleaning items.
• The oil palm business has been chastised for allegedly unsustainable production practises that result in deforestation, as well as exploitative labour practises that date back to the colonial era.
• Many people choose palm oil because it is less expensive, and oil palms produce more oil per hectare than other vegetable oil plants.
• Together, Indonesia and Malaysia account for about 90% of the total production.

• Palm oil prices surged this year as demand grew due to a scarcity of alternative vegetable oils.
• Due to a poor soybean season in major producer Argentina, soybean oil production, the second most produced oil, is projected to suffer this year.
• Drought hampered canola oil output in Canada last year, while supplies of sunflower oil, 80-90 percent of which is supplied by Russia and Ukraine, have been severely harmed as a result of the ongoing conflict.

Its impact on India:

• According to the USDA, India is the world’s largest importer of palm oil, accounting for 40% of its vegetable oil consumption.
• Indonesia supplies half of India’s annual demand for 8.3 MT of palm oil. The Centre also announced a plan to increase India’s domestic palm oil production last year.
• The late January export limitations imposed by Indonesia resulted in a 38 percent increase in the landed cost of CPO in India, which was already battling with record-high wholesale inflation.
• This year, the price of soybean oil, the second most popular after palm oil, increased by 29% in India, while sunflower oil, which India imports 90% of from Russia and Ukraine, has nearly totally ceased flowing in.

• During the year 2020-21, India imported 133.5 lakh tonnes of edible oil, out of which the share of palm oil was around 56 %.
• The National Mission on Edible Oils – Oil Palm (NMEO-OP) has been launched with the aim to augment the availability of edible oil in the country by harnessing area expansion, increasing crude palm oil production with the aim to reduce the import burden.