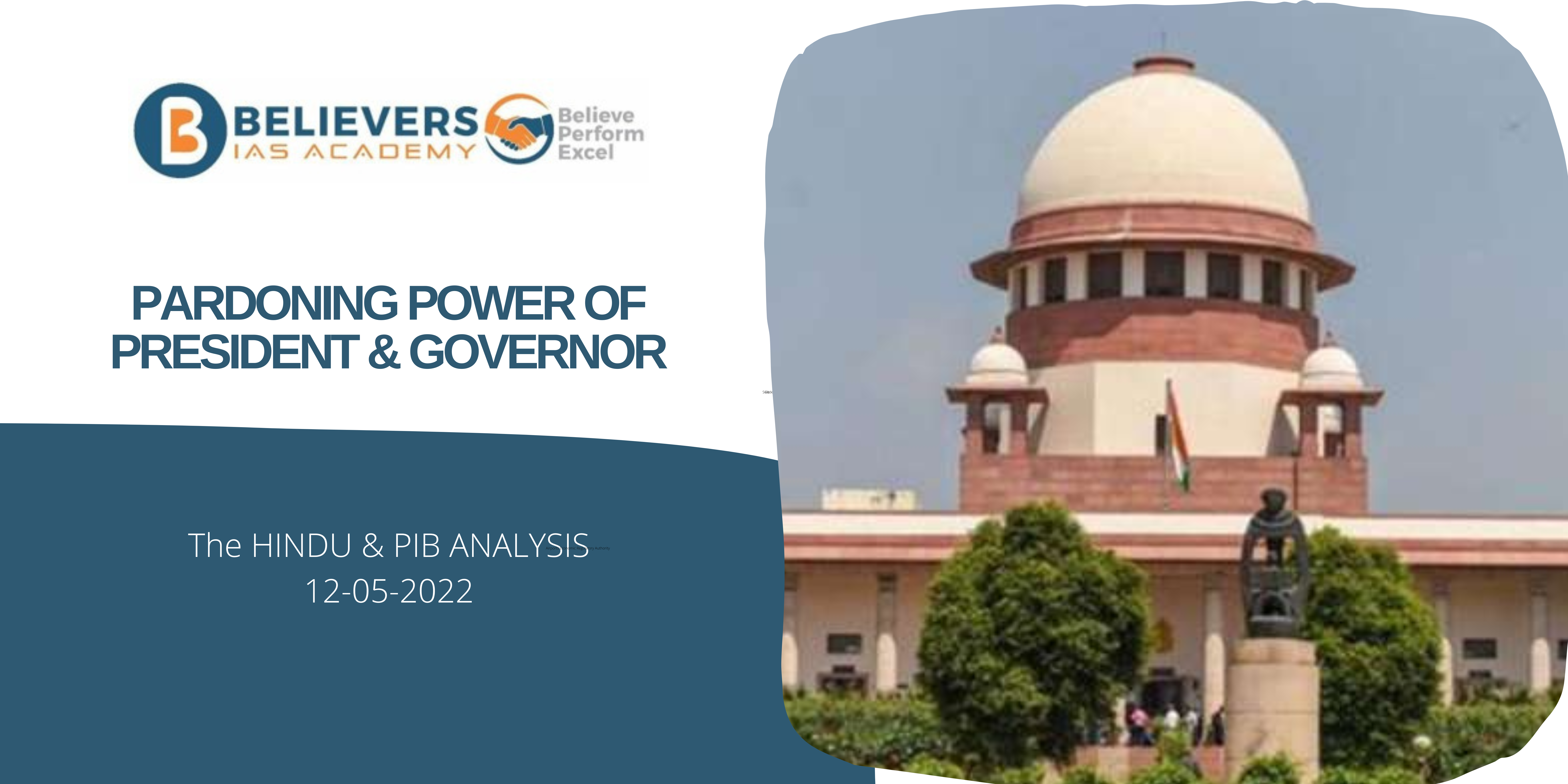 • A claim by the Centre that the President, and not the Tamil Nadu Governor, has “exclusive power” to decide on the plea for pardon by the Rajiv Gandhi assassination convict A.G. Perarivalan drew flak from the Supreme Court on Wednesday before it reserved the case for judgment.

Pardoning Power of the President:

Article 72: President shall have the power to grant pardons, reprieves, respites or remissions of punishment or to suspend, remit or commute the sentence of any person convicted of any offence.
• Pardon– It completely absolves the offender from all sentences and punishment and disqualifications.
• Commutation– Commutation means exchange of one thing for another. In simple words to replace the punishment with less severe punishment. For example for Rigorous imprisonment-simple imprisonment.
• Reprieve– It is the temporary suspension of a sentence especially a death sentence.
• Respite– Respite means awarding a lesser punishment on some special grounds. Example- the Pregnancy of women offender.
• Remissions- It is the reduction of the amount of sentence without changing its character, for example, a sentence of 1 year may be remitted to 6 months.

How is it different from the pardoning powers of the Governor?

• Court Martial: The power of the President to grant pardon extends in cases where the punishment or sentence is by a Court Martial but Article 161 does not provide any such power to the Governor.
• Death sentence: The President can grant pardon in all cases where the sentence given is the sentence of death but the pardoning power of the Governor does not extend to death sentence cases. • The President cannot exercise his power of pardon independent of the government.
• In several cases, the SC has ruled that the President has to act on the advice of the Council of Ministers while deciding mercy pleas.