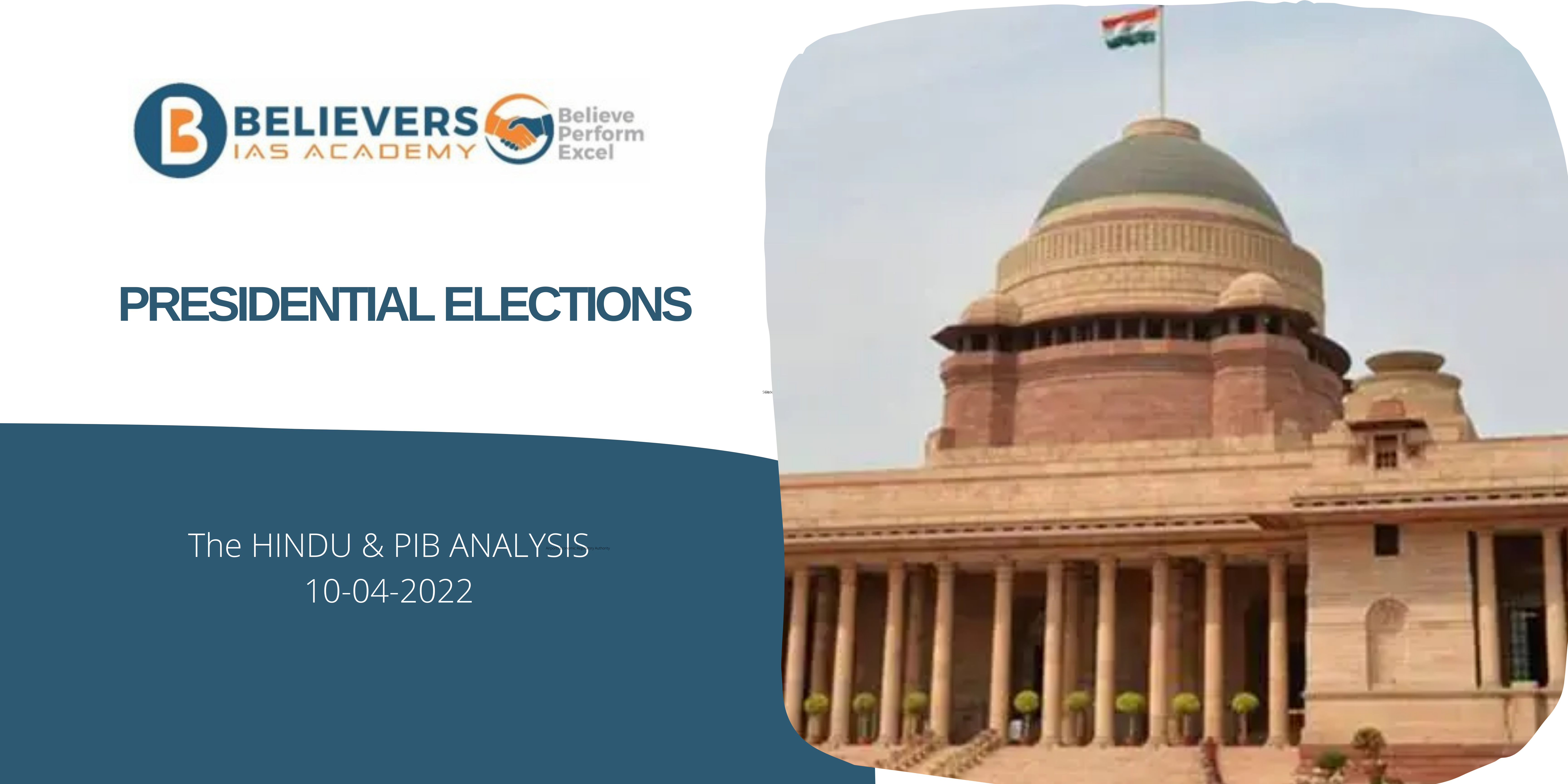 • The election for President Ramnath Kovind’s successor is more than two months away.
• While the government is comfortably placed to pick the candidate of its choice, the election will find the Opposition, which is keen on forcing an ideological contest, in a difficult position exposing its fault lines and challenging the Congress’s position as the lead Opposition party.

How is he elected?

• The Presidential election is held in accordance with the system of proportional representation and by the means of single transferable vote.

Who elects the president?

a. Members of both the houses of the parliament
b. Elected members of legislative assemblies of states and union territories
c. When an assembly is dissolved the members cease to be qualified to vote in presidential elections.

• Value of vote of an MP = Total value of votes of all MLAs of all states / Total number of elected members of Parliament.