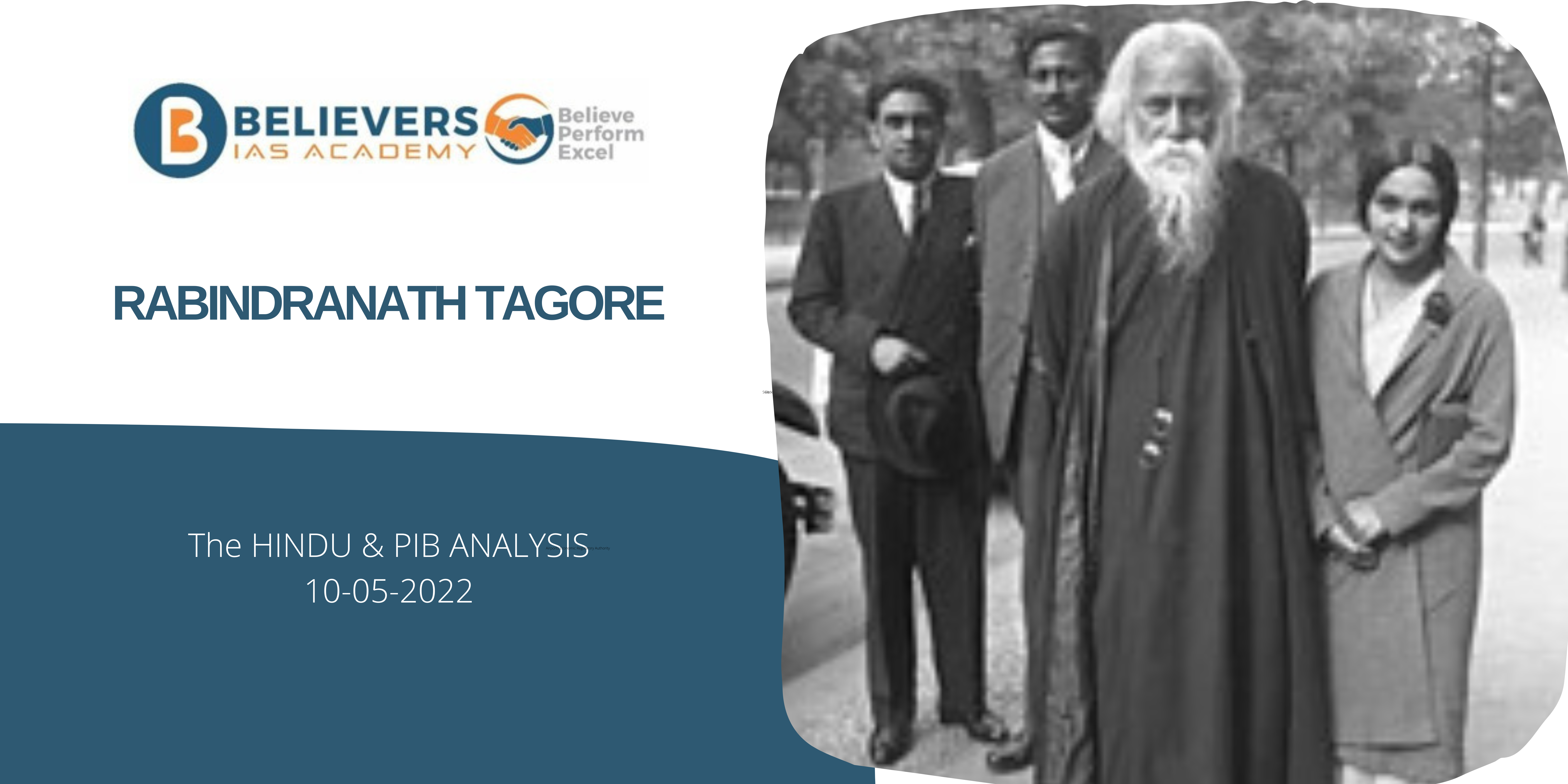 • Recently Rabindranath Tagore Jayanti was celebrated all round the world and also his name is making rounds due to many reasons. • Rabindra Nath Tagore was a renowned poet, composer and social reformer who wore many hats noted for his Bengali poetry, short tales, song composition, playwriting, essay writing, and painting.
• In his twenties, he published many collections of poetry, including Manasi. Gitanjali introduced his later religious poetry to the West (1912).
• He also composed over 2,000 songs, which were well-received by Bengalis of all social strata.
• Jana Gana Mana’ our National anthem being one of the major contributions of his to the country. The verses are taken from his song, ‘Bharoto Bhagya Bidhata.’
• Originally written in Bengali comprising of 5 stanzas, it was first published in Tatwabodhini Patrika, in 1905.
• He travelled the world advocating and spreading Indian culture globally and vice versa.
• He won the Nobel Prize in Literature in 1913, first person from outside of Europe to receive the prize.
• In protest over the Jallianwala Bagh Massacre, he renounced the knighthood he had acquired in 1915.
• He established Vishva-Bharati University in Bengal as an experimental school where he attempted to combine Eastern and Western ideologies (1921).
• In the late 1920s, when he was in his 60s, Tagore took up painting and produced works that won him a place among India’s foremost contemporary artists.

• The son of the religious reformer Debendranath Tagore, he early began to write verses, and, after incomplete studies in England in the late 1870s, he returned to India.
• There he published several books of poetry in the 1880s and completed Manasi (1890), a collection that marks the maturing of his genius. It contains some of his best-known poems, including many in verse forms new to Bengali, as well as some social and political satire that was critical of his fellow Bengalis.
• In 1901 Tagore founded an experimental school in rural West Bengal at Shantiniketan (“Abode of Peace”), where he sought to blend the best in the Indian and Western traditions.
• He settled permanently at the school, which became Visva-Bharati University in 1921.