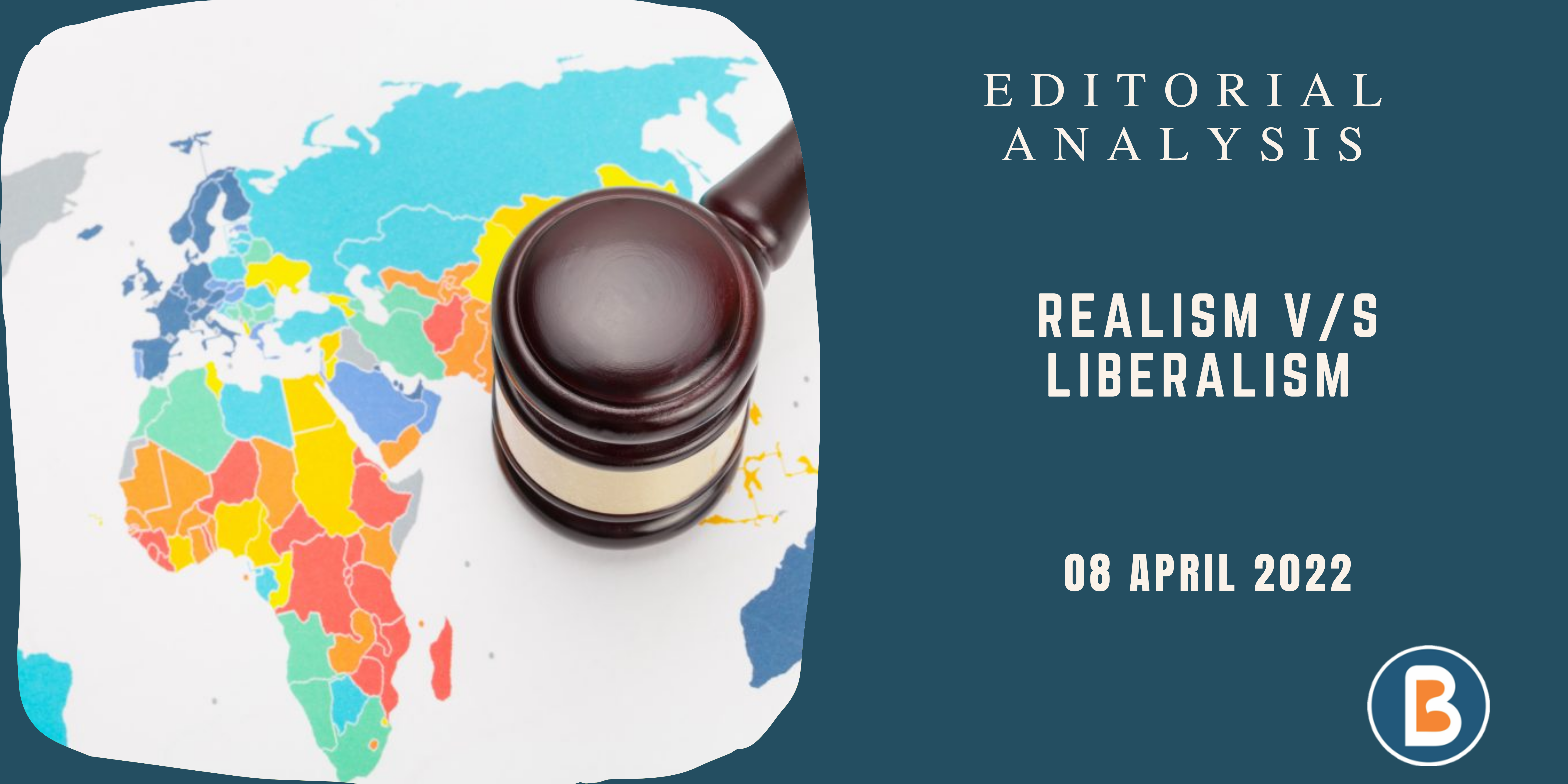 • Russia’s invasion of Ukraine has rekindled the realism versus liberalism debate in international relations.

• Considering the crisis in Ukraine, we can analyse how it is viewed by the two sections, while the liberals call it as an attack by authoritarian Russia on democratic Ukraine, the realists argue that it is a part of the post-cold war era power tussle.

• Liberals say that a liberal economic system is necessary for a stable international order to exist. This debate is inextricably tied to economic globalisation.
• Democracies, according to democratic peace theorists, do not go to war with each other. As a result, a world of democracies should be constructed to create a world without war, according to this view.
• According to them, the role of institutions is vital in maintaining peace and order in the global system.
• Following World War I, the League of Nations was established. The League fell apart, and World War II broke out. But, beginning with the United Nations, the post war world order was recreated with new international organisations.
• As a result, liberals’ ideal world order is the one that is interconnected economically and have democratic state and governed by international institutions.

• There are three main streams of realist theory in international relations — human nature realism, defensive realism and offensive realism.
• Human nature realism (also known as classical realism) is based on Hans Morgenthau’s theory in Politics Among Nations that humans’ desire for power can have a significant impact on the nature of states because governments are governed by humans.
• According to human nature realists, states have this ‘will to power’ wired into them by default, just like humans, and in an anarchic system, they will continue to seek power growth.
• Conversely, defensive realists do not believe that states are intrinsically hostile. In Theory of International Politics, Kenneth Waltz argues that the primary goal of governments is to survive.
• Waltz, on the other hand, acknowledges that the global order is anarchic, and that this structural component encourages states to compete with one another.
• Offensive realism, like defensive realism, is a structural theory that based its arguments on structural causes rather than human behaviour.
• Great nations would always want to maximise their strength at the expense of rivals, according to John Mearsheimer, a Chicago University professor who coined the term offensive realism.
• While defensive realists say that great powers seek to maintain the status quo, offensive realists argue that status quo powers are uncommon in international affairs.