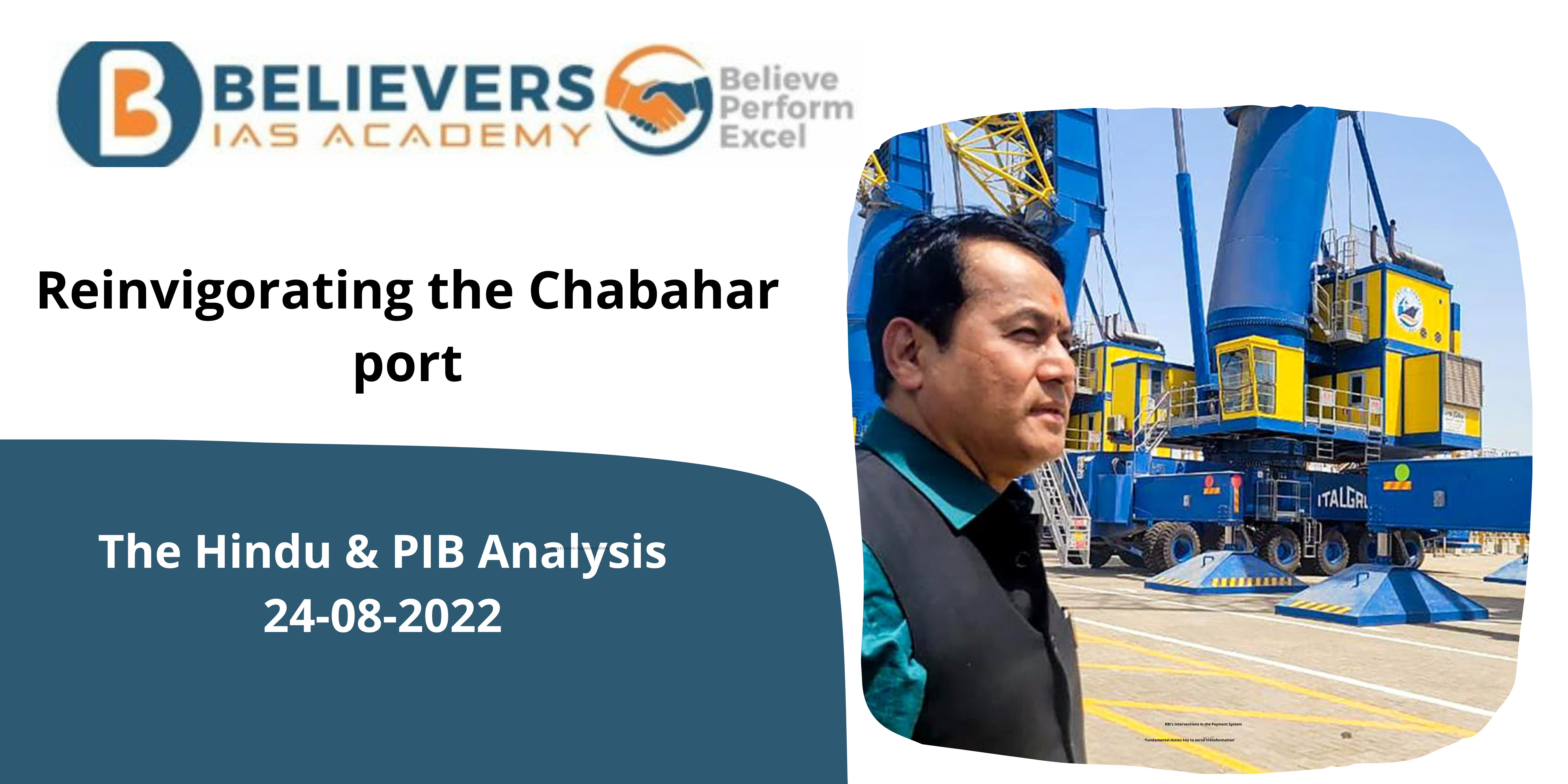 In the initial days of the project, it had a three-fold objective:

The reason for slow development of Chabahar Port: