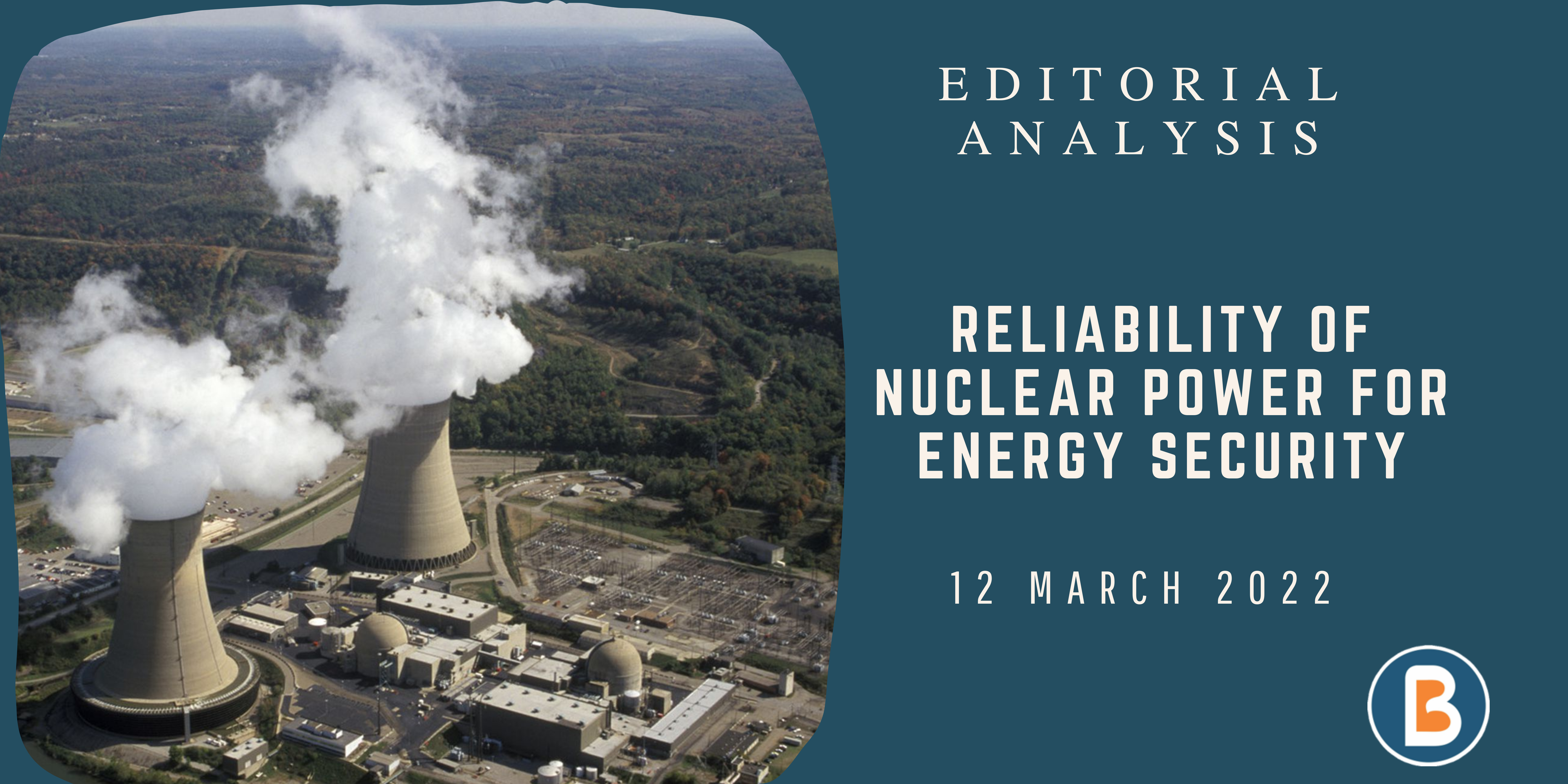 • After the incident of fire breakout near the Zaphorizhzhia nuclear plant in Ukraine, there have been concerns raised about the safety of nuclear plants.
• Even earlier there were similar incidents which have taken place and it is important to assess the vulnerability of such plants.

What are the challenges?

• An earthquake and a tsunami in Japan had triggered fire disasters in the Fukushima Daiichi nuclear reactors, since then there is speculation with respect to nuclear power plants all around the globe.
• Apart from the safety concerns of the power plants it is important to note that the nuclear power plants are capital intensive and recent projects have suffered a major cost over runs. One such example is the V.C summer nuclear plant in USA.

• It was estimated that the planned power reactors at Jaitapur, Maharashtra, electricity from these reactors would cost Rs 15 per unit excluding the transmission cost.
• Surprisingly solar power has been estimated to generate electricity at Rs 2.14 – 2.34 per unit.
• If electricity from nuclear energy has to be at a competitive price then the Indian Government has to heavily subsidize which is again a burden on the tax payer.
• Operations related to all Nuclear reactors in India is monitored by the Nuclear Power Corporation of India.
• Costs of generating electricity from solar energy and wind turbines has drastically reduced by 75-80% since 2009-10.

The case in India:

• India has also to some extent cut its nuclear ambitions after the Fukushima incident.
• There were huge targets set in expanding the nuclear power reactors in India and India would import many light water reactors after the India-US civil nuclear deal.
• But the deal has not led to the establishment of a single new nuclear plant post the conclusion of the deal.

How will Climate Change affect?

• Climate change is a major concern to every other industry and even the nuclear sector is not an exception.
• The climate change will substantially increase the vulnerability of nuclear reactors.
• With increase in the extreme weather conditions which is likely to occur in the future it is prone to more such accidents.
• In a longer vision generating energy through nuclear power plants might not be a sustainable approach.