Revival of BSNL and MTNL 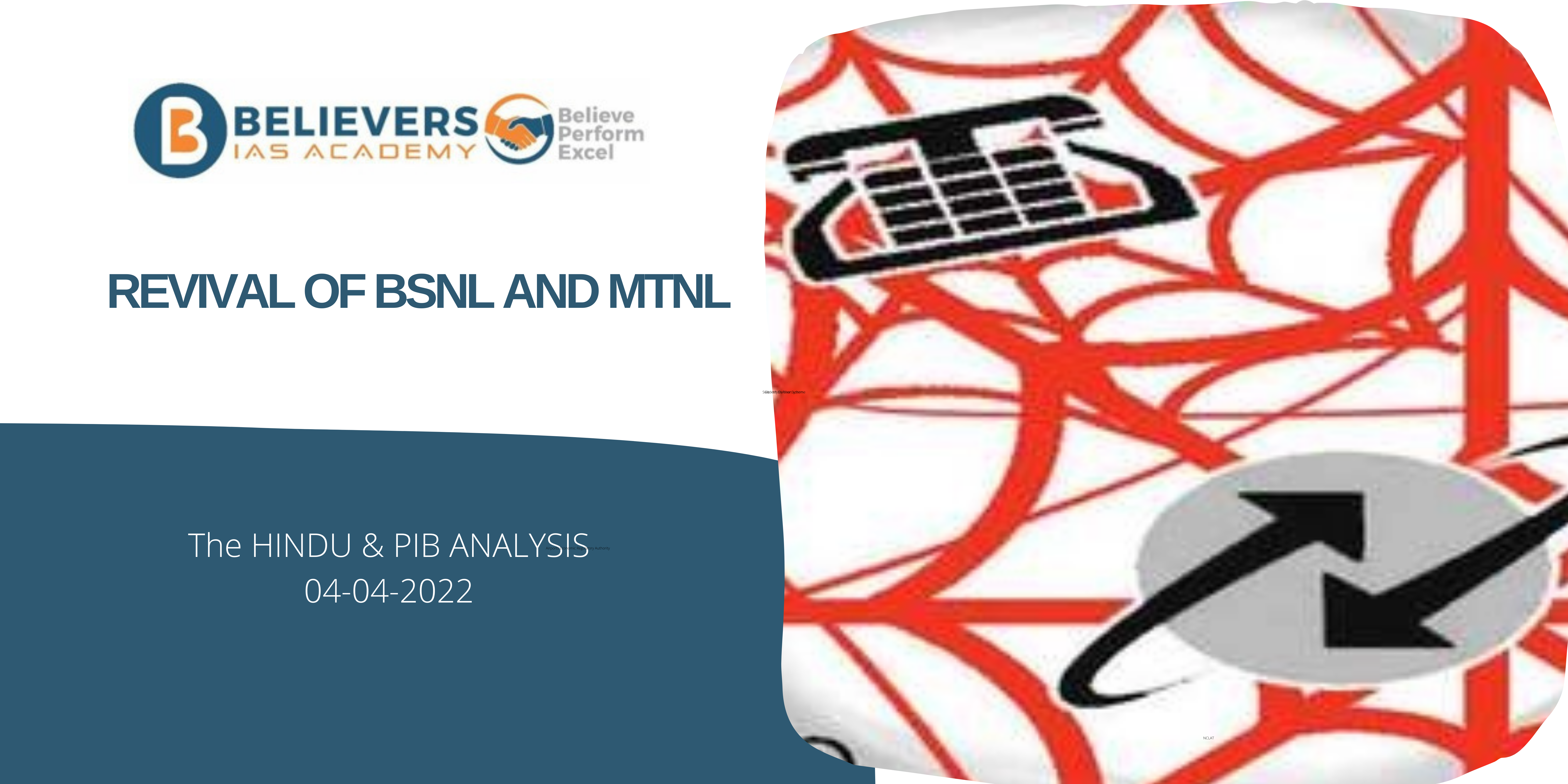 Revival of BSNL and MTNL

• The Minister of State for Communications, Shri Devusinh Chauhan in a written reply to a question in Rajya Sabha has given the details of the plan to reviving the State owned telecom companies.

• On October 23, 2019, the government authorised a plan to revive Bharat Sanchar Nigam Limited (BSNL) and Mahanagar Telephone Nigam Limited (MTNL).
• The revival plan includes measures such as a Voluntary Retirement Scheme (VRS) for employees aged 50 and up, administrative allotment of spectrum for 4G services with budgetary allocation, monetisation of non-core and core assets to generate resources to retire debt, meet CAPEX and other requirements, and debt restructuring through the issuance of Sovereign Guarantee Bonds.

• Mahanagar Telephone Nigam Limited (MTNL) (d/b/a MTNL) is a wholly owned subsidiary of Bharat Sanchar Nigam Limited headquartered in New Delhi, India. MTNL Provides services in the metro cities of Mumbai and New Delhi in India and in the island nation of Mauritius in Africa.
• It had a monopoly in Mumbai and New Delhi until 1992, when the telecom sector was opened to other service providers. “Transparency makes us different” is its moto.
• The Bharat Sanchar Nigam Limited currently holds 100% of its stock.